On a Saturday night in December, 1997, a fight broke out in the parking lot of The International House of Pancakes in Amarillo, Texas. Two groups of high school students faced off, shouting taunts and insults at each other until violence erupted. When it was over, one youth lay dead, run over by a cadillac driven by an honor student and star football player. The resulting trial drew national media attention because it was viewed as a hate crime. The dead teen was 19-year-old Brian Deneke, a punk musician with a green mohawk, spiked collar and leather jacket. The accused killer, Dustin Camp, was a clean-cut high school athlete in football-friendly West Texas. The stage was set for high drama. 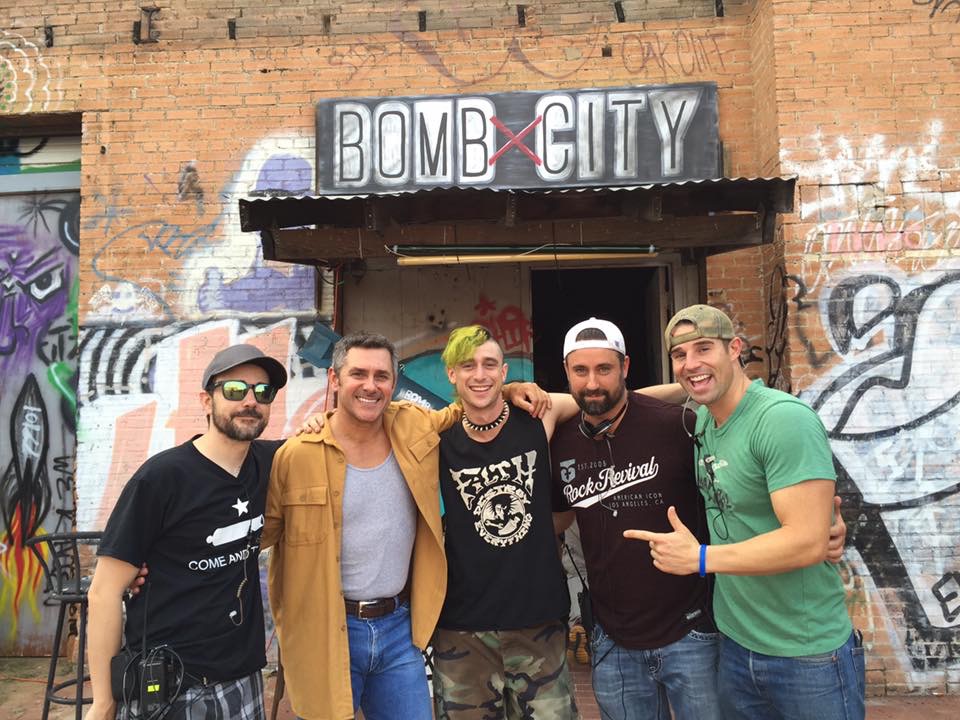 Flash forward nearly 20 years to Rockwall, Texas, where the murder trial from this event is being recreated at the downtown Historic Courthouse for the movie “Bomb City”. Based on Deneke’s story and the effect his killing had on his community, family and friends, “Bomb City” is being filmed largely in and around Rockwall. “Bomb City” is a popular nickname for Amarillo due to the presence of a large munitions factory in town.

Executive producer Major Dodge, a Rockwall resident, said filming in Rockwall was an easy decision. “I’ve lived here for the last six years and have grown to know a lot of local people to draw from as actors and extras. It also helped in securing shooting locations. I really like the historic courthouse downtown. It made for a perfect setting for the trial sequences.” All interior shots were done around the Dallas Metroplex, with two days in Amarillo for exteriors. 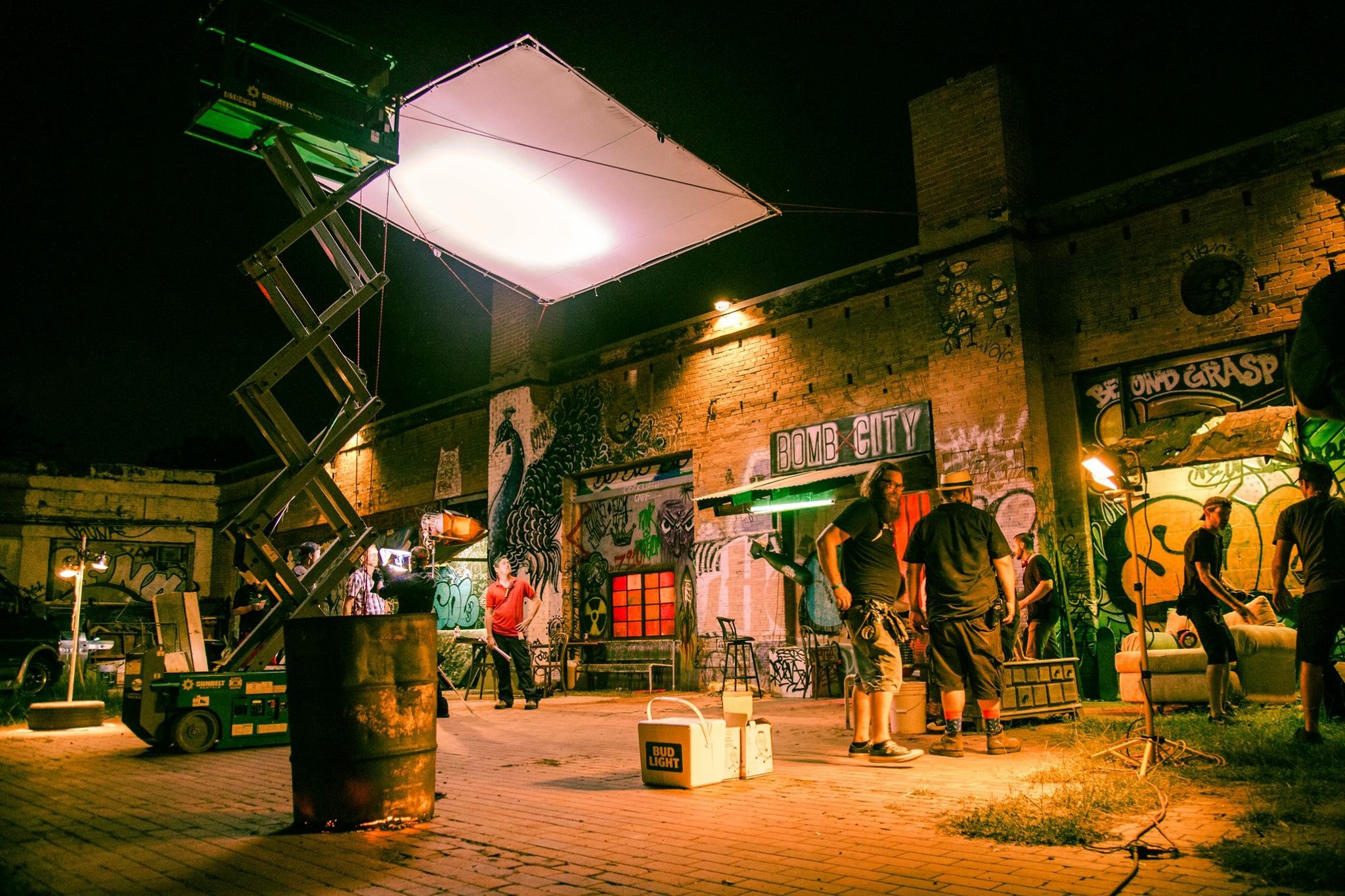 The crew sets up for a shot at Bomb City.

Besides nearly 100 extras used in courtroom and exterior crowd shots, several local actors have significant roles in the film. Luis Acevedo lives in Heath and has appeared in a number of films and TV shows. Lucas Termin and Brandon Neighbors, both Rockwall residents, also have speaking roles. Dodge himself appears as a “Cop not to be messed with.” Rockwall County Commissioner Dennis Bailey has a cameo as the trial judge. Dallas actor Glenn Morshower appears as Camp’s attorney. Morshower’s impressive list of credits includes roles in “Supergirl,” “Bloodline,” the “Transformer” movies and “Law and Order.”

Shooting began on May 23, but preparation began at least two years earlier. Since the story involves real people, life rights had to be secured, money needed to be raised to finance production, and locations had to be scouted. All aspects of the shooting had to be meticulously planned. Music is already picked out with all rights obtained. The production company 3rd Identity Films is doing their own post production, editing, etc. First cut is projected to be done in September in preparation for submission to the Sundance Film Festival, with general release planned for 2017.

“This was a story close to my heart,” says Dodge, “My partners were in high school in Amarillo when Brian was killed, and I was living in New Albany, Indiana when the Shanda Sharer case occurred there a few years earlier. Both were receiving a lot of media attention at the time.” Sharer was a 12-year old girl who was brutally killed by four teenage girls. 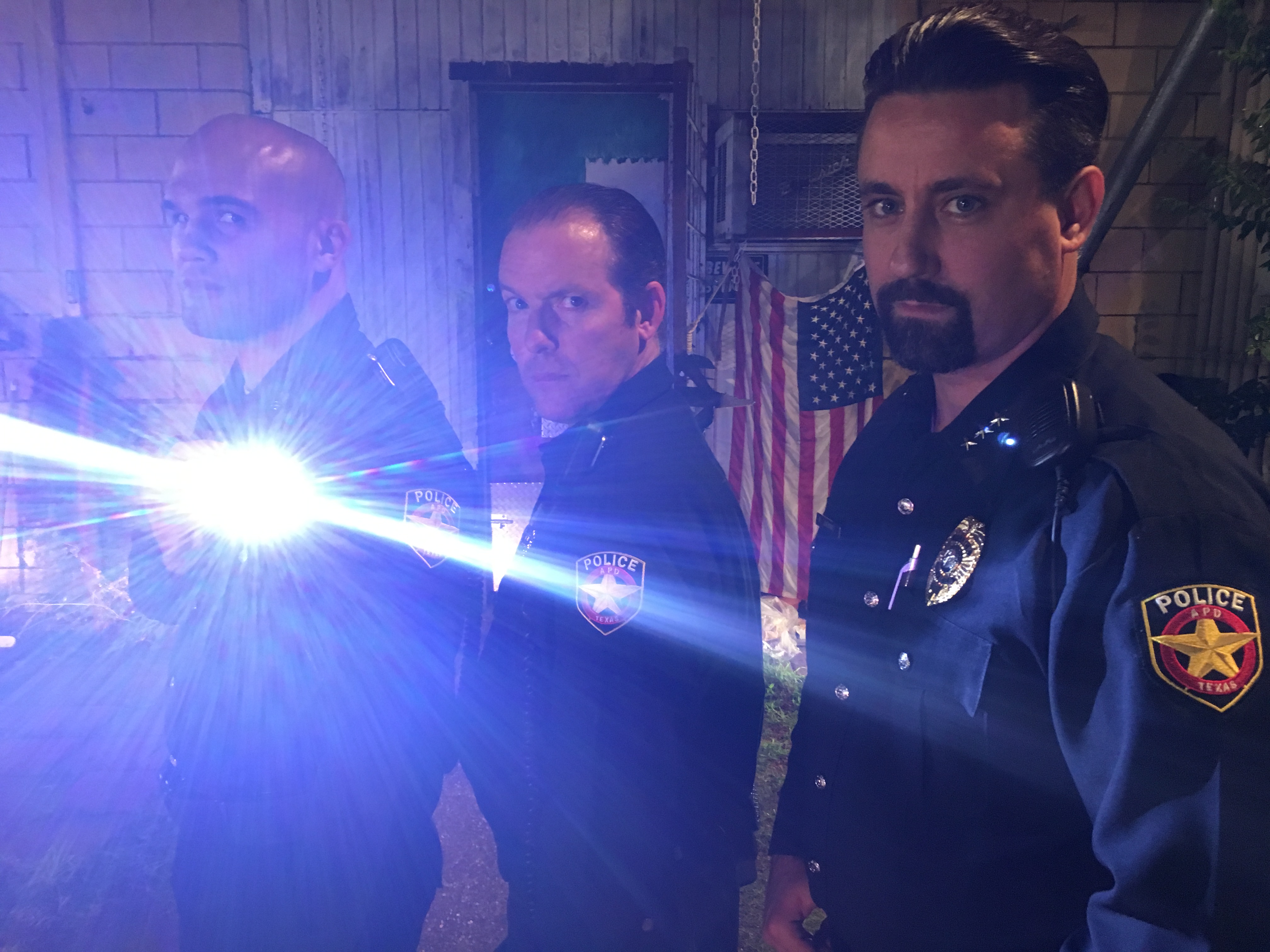 UFC Champion Robbie Lawler and actors Holt Boggs and Major Dodge are the cops in Bomb City you dont want to mess with.

“Brian was, for all intents and purposes, killed twice.” Once in the parking lot, then at the hands of Camp’s defense attorney, whose strategy involved the character assassination of Deneke and his friends. Characterized as a gang of drunken thugs and punks who “had it coming,” they stood little chance of obtaining justice at the hands of a conservative jury. Ultimately, Camp was found guilty of the lesser charge of voluntary manslaughter and given a fine and probation. Given the facts of the case, the verdict and sentence were deemed extremely lenient by nearly all parties involved and had a sharply polarizing effect on the community for years afterward.

In the years since, the case has come to be regarded as a metaphor for the social division between mainstream youths and “outsiders.” Comparisons have been made to the conditions that gave rise to the Columbine High School shootings, and the case has been cited in arguments for expanding the definition of “hate crime” beyond that involving religion, race or sexual preference. 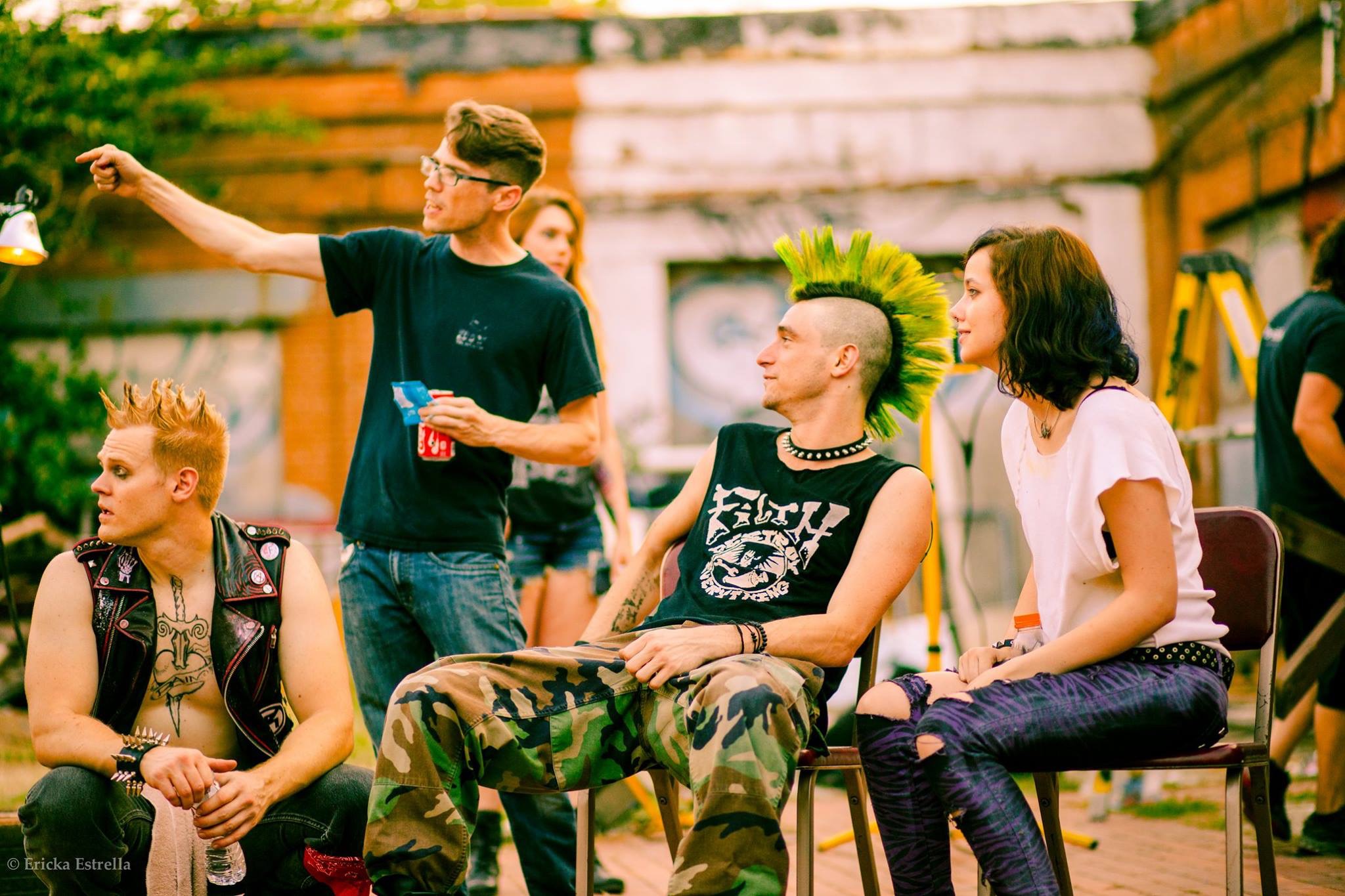 Rockwall and Kaufman counties are no stranger to film and TV production. Episodes of “Walker, Texas Ranger” and “Dallas” have been shot here. Three years ago, Royse City was the setting for a horror film test shoot with the working title of “Creatures.”

This is not the first rodeo for Dodge’s company, 3rd Identity Films. Last fall, their short horror film “Behold the Noose” was shot locally and was featured at the Louisville International Festival of Film in Kentucky, to glowing reviews. It can be seen on the company’s Vimeo page along with a selection of their commercial work.

As Rockwall strives to establish itself as “The Music Capital of North Texas,” we may soon be adding the title “Hollywood of the Southwest.”