In 1852, while digging a well, farmers discovered a rock wall that crossed the county. The “Great Wall of Texas” is 7 stories high and 20 miles long. Was it built by an ancient race of giants or is it an unusual natural formation? Scientists have determined that this is a natural formation, but controversy continues as many believe the wall was built by prehistoric natives.

When the town of Rockwall was formed, it was named for the rock formation.

Mysteries of the Rock Wall
The Giant Skull – A Rockwall Mystery?
Great Wall of Texas: History Channel to air Rock Wall episode on Dec 14
Our Rock Wall – The Mystery Continues 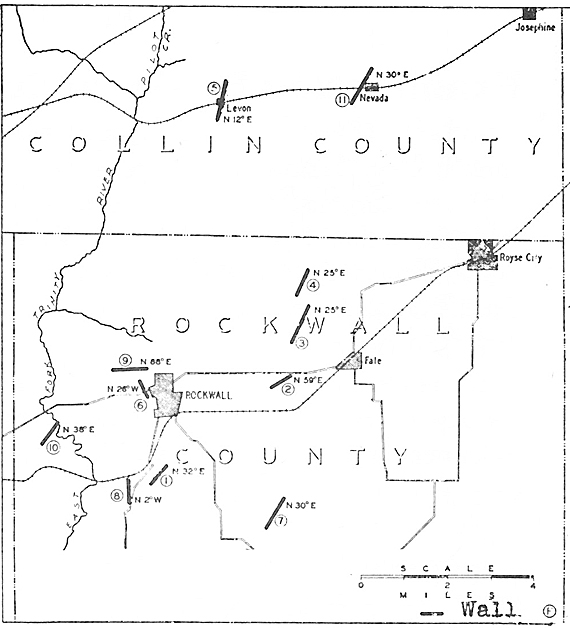 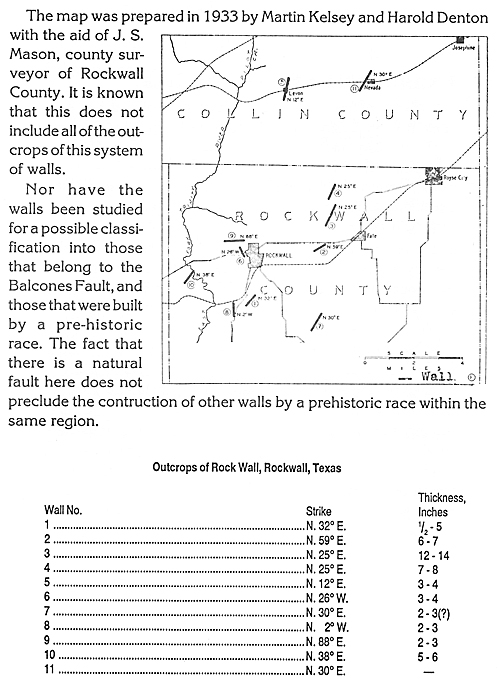 Image from “Photographic Essay on The System Of Rock Walls At Rockwall, Texas”
As originally prepared by Dr. James L. Glenn under the auspices of the Rockwall Chamber of Commerce. 1950