Anybody who has performed a lead role in musical theatre knows what an all-consuming experience it can be. Learning the songs, practicing dance routines, remembering where to be at any given point in the show, and lines to memorize — lots of them — all add up to a challenge for even the most seasoned thespian. And in a show like Rockwall Summer Musicals‘ upcoming production of “Annie,” where the lead is handled by a ten year old girl, it takes an exceptional talent to pull it all off. Beginning August 9, audiences will have a chance to see such talent in the form of Rockwall resident Sutton Moss. We took the opportunity to sit down with her for a chat during one of the few breaks in the rehearsal schedule.

Sutton’s acting debut was just over a year ago, in RSM’s production of “The Music Man” as Gracie Shinn, the mayor’s youngest daughter. Her rapid progress from minor character to leading role in such a short time is due in large part to the support of her family. “My mom played Annie in high school, and gave me a lot of help and inspiration in preparing for the part.” 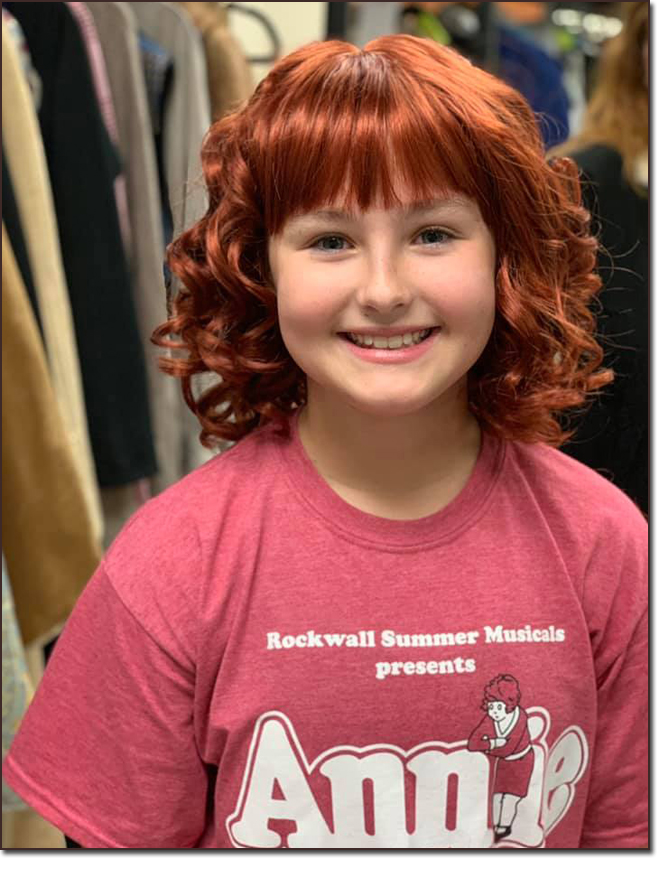 We asked how she managed to learn so many lines for the role. The answer was simple – hard work. “I spend two and a half hours every day running my lines. And, I don’t stop until I do. Mom and Dad make sure of that.”

Her favorite role models may not be what one would expect from one so young. “I like to watch actresses from a long time ago, like Marilyn Monroe and Audrey Hepburn.”

Sutton plans to stay with theatre through high school and beyond. She has taken voice lessons for the last five years, and dance classes since she was two. At this point, she is thinking about a major in musical education in college, then to teach high school drama. That is, of course, if she hasn’t made it big by then. 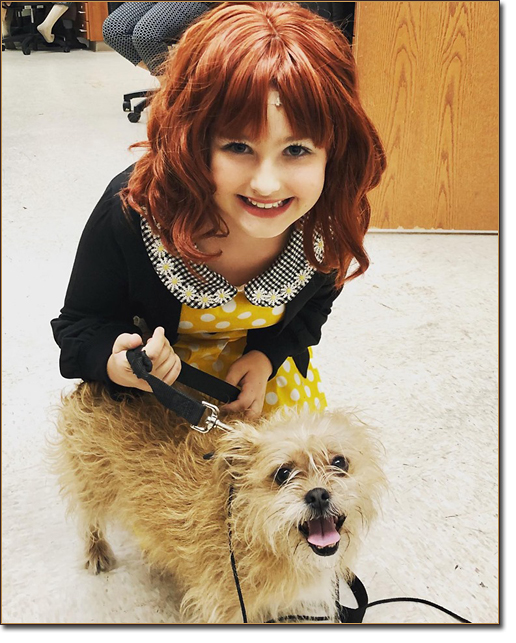 “Annie” runs weekends starting August 9 through August 18. RSM is excited to team with Rainbow Room this year to address the needs of local children in crisis. Please bring (one or more) of the needed school supplies and receive a ticket for raffle prizes donated by local businesses.