Rockwall took another step toward proving itself as a prime destination for first-class musical performances last
night with a stunning performance by Barrage, a group which, well, defies efforts to neatly categorize its style.
Comprised of guitar, bass, drums and four to five violinists, the band seems to leave no musical stone unturned in
its show.

Beginning with a medley of popular bluegrass fiddle tunes, the players slid effortlessly into a cover of the Penguin
Cafes “Song for a Found Harmonium” all the while twirling, leaping, hopping and running without missing a note,
adding visual appeal to their obvious musical virtuosity. Ravels “Bolero” brought the audience to its feet, while the groups signature tune “Mountain Spring”, written by the groups musical director, invoked scenes of beauty and serenity. Moving across genres such as African, Calypso, Celtic, Eastern European, classical and jazz, the group made each song its own, at various times getting the audience
involved with rhythmic clapping and enthusiastic chanting. 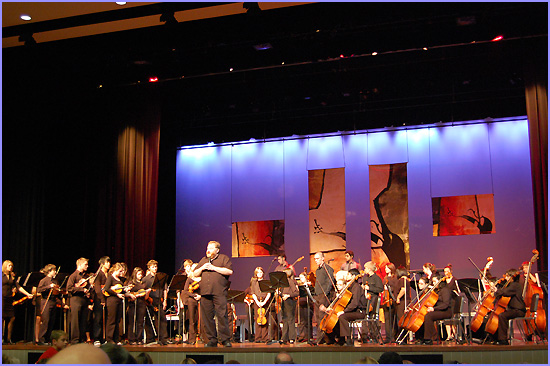 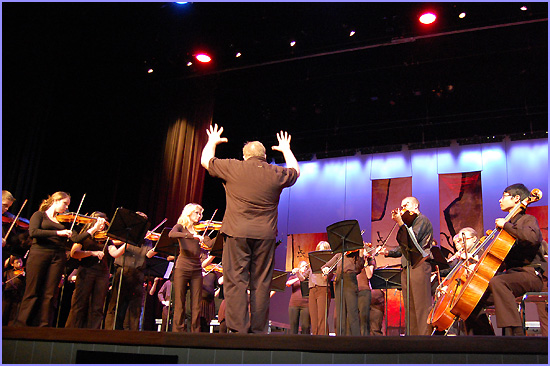 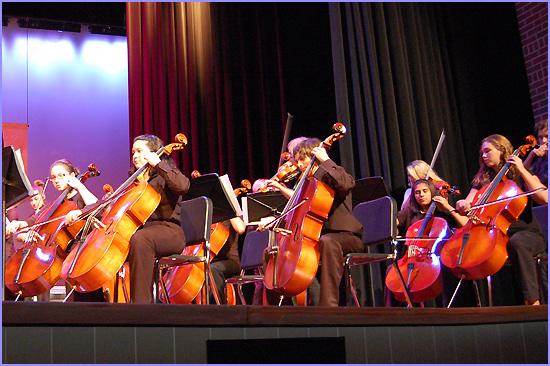 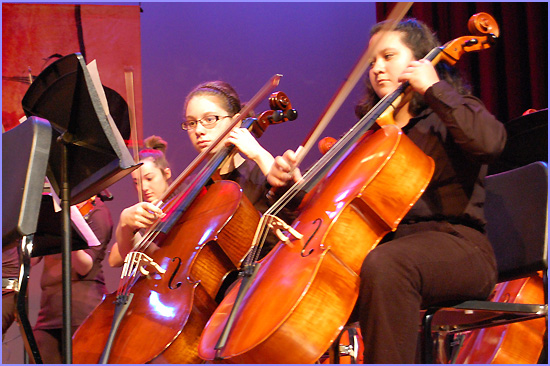 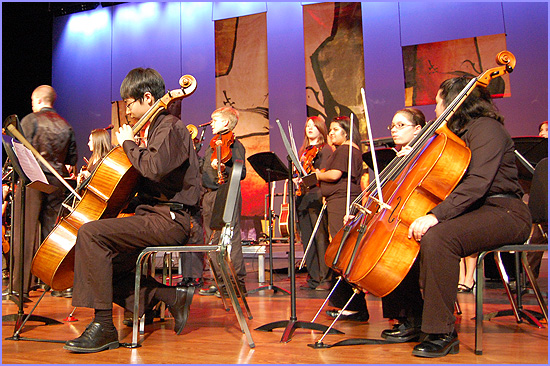 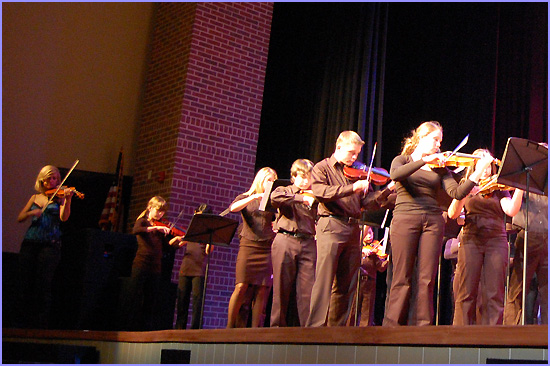 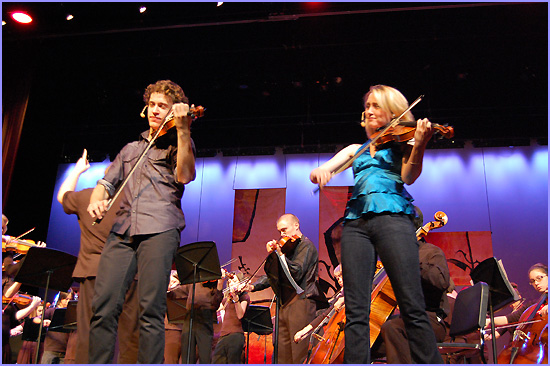 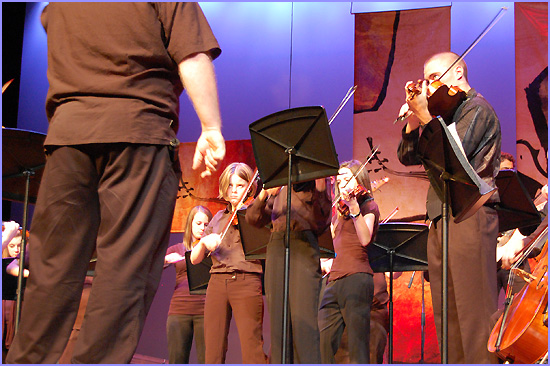 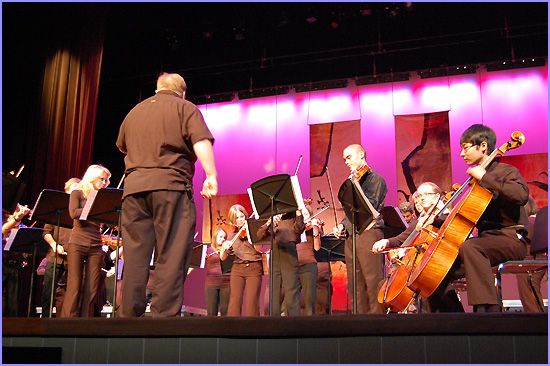 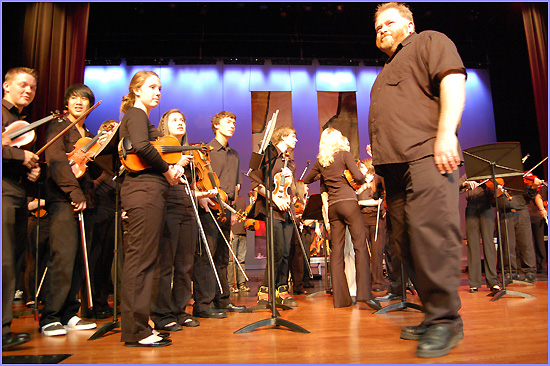 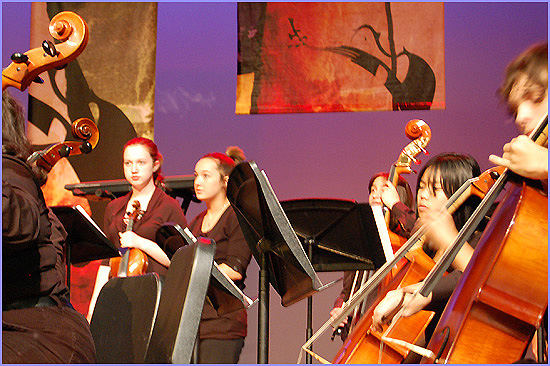 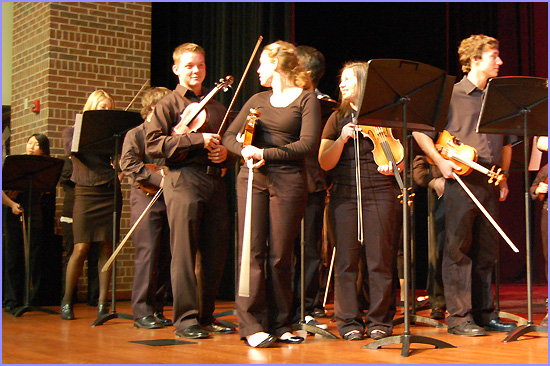 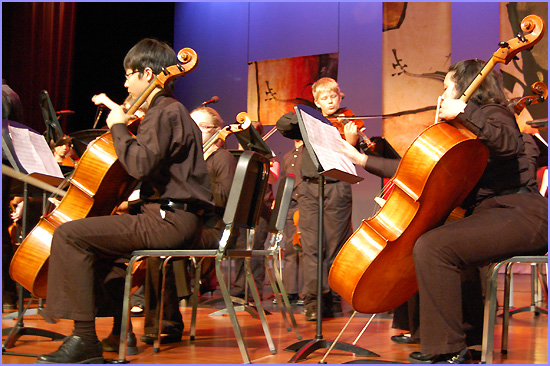 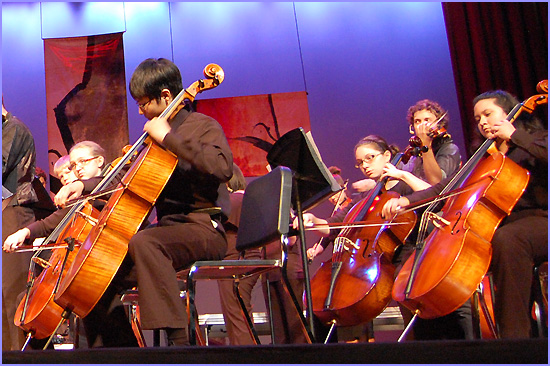 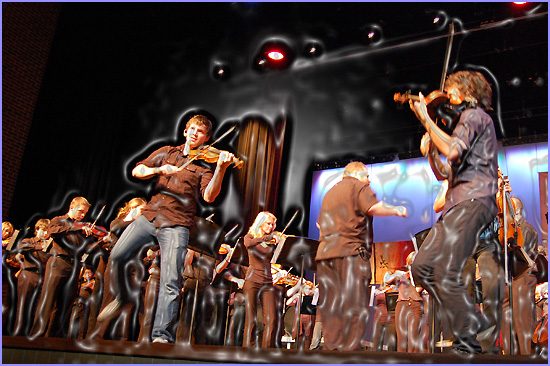 After the intermission, the group was joined by members of the Rockwall School District Orchestra, who had had a
chance to work and rehearse with Barrage as part of their educational outreach program. Parents throughout the hall
were justifiably proud as their musical progeny were conducted by Barrage Musical Director Dean Marshall through
several of their tunes. The RISD Orchestra is composed of the best student musicians from middle and high schools
in the area.

To say that a Barrage show is high energy is to really say the least. Tight choreography and top-drawer
musicianship made for a truly riveting two hours. The group pulled several standing ovations out of the crowd, and
CDs were selling briskly in the lobby. This was a show worth driving into Dallas to see, yet it was right here in
our own backyard.

A review of last nights show would be remiss in omitting mention of the venue. The Performing Arts Center at
Rockwall-Heath High School is an impressive location with great acoustics, versatile lighting and ample stage
area. Another jewel in the cultural crown of our community.