You know you are a potent force in the community when you can get as many people up for a 7:30 A.M. breakfast as Misti Potter did on Friday morning. The Chief Professional Officer of the Rockwall Boys and Girls Club welcomed over 200 people to the second annual Angels Among Us breakfast fund raiser at the Hilton, more than double last years turnout.

The “Angels” honored at the event consist of individual and corporate donors from the community whose generosity resulted in over $65,000 in checks presented to the club, including $15,000 raised at the Rubber Duck Regatta held in september at the Harbor. Table sponsorships, a live and silent auction, ticket sales and ongoing contributions throughout the year served to continue the momentum started by Potters arrival over 18 months ago. (related story)

Also recognized were the Boys & Girls Club of Rockwalls students of the year Rockwall High School senior Chris Rivera and Dobbs Elementary sixth grader Nayely Mendoza. Both will move on through state and national contests to compete for scholarship funding for their continuing education.

City Councilman Dennis Lewis presented a check from the Texas Construction Association for the establishment of the Robert Deuell Performing Arts and Science Center at the Boys & Girls Club of Rockwall in honor of Senator Deuells years service in the Texas State Legislature. This facility will provide space for performing arts education for BGC-Rockwall members. 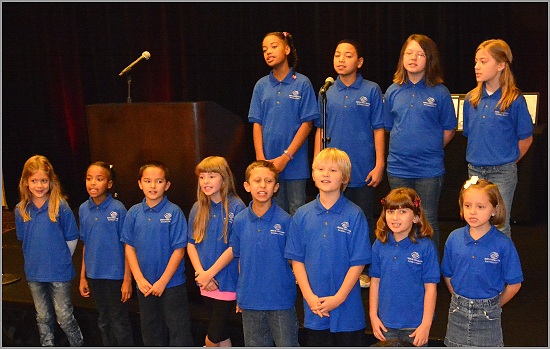 The morning ended with a moving musical tribute by Misti and the BGC-Rockwall Youth Choir to those “Angels Among Us” whose generosity of their time and money made the successes of the last year and a half possible. 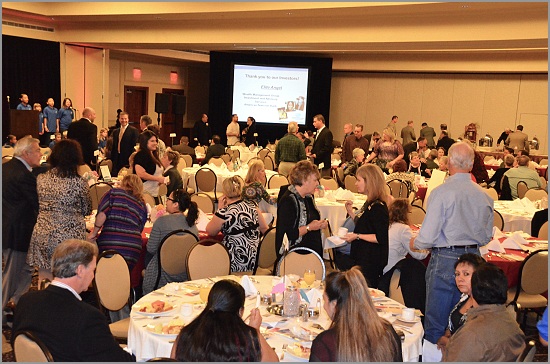 Over 200 attended the early morning event. 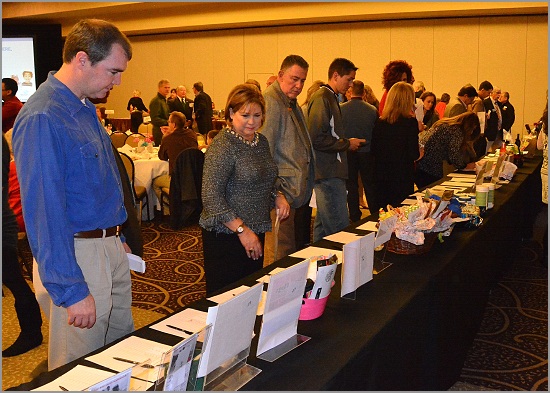 The silent auction was a big hit