Dallas, TX (November 10, 2020) – The Hico-based Billy the Kid Film Festival announced the award-winning films and filmmakers following the conclusion of the virtual event which featured a teaming with Dallas’ Women Texas Film Festival on Saturday, November 7. Brian Elliot and David Feagan’s AGE OF BRYCE received the Best Film Award, with Sharon Arteaga’s WHEN YOU CLEAN A STRANGER’S HOME taking the Audience Choice Award.

13 of the 18 films have a woman in a lead creative role (director, producer, writer, editor, cinematographer, or composer) and 11 of the films were shot in Texas and/or from Texas filmmakers).

Festival founders and directors, Philip Vasquez and Luci DiGiorgio, along with lead film programmer Justina Walford, the Artistic Director of the critically acclaimed Women Texas Film Festival in Dallas, have continued the Billy the Kid Film Festival’s mission to connect audiences and film lovers with filmmakers with a Hico/Hill Country flavor as they did last year, but safely, in the virtual space for this edition. The added wrinkle is the team up with WTxFF and the emphasis on shining a spotlight on female filmmakers as well as Texas-made cinema.

Again, this year, Tarleton State University Department of Communications Studies is partnering with the film festival.  This creates learning opportunities for the Tarleton students, allowing “hands on experience” in producing a major film festival.

Vasquez and DiGiorgio said, “We took on the challenge to do a virtual presentation and the combination of our Billy the Kid Film Festival with Justina Walford and the Women Texas Film Festival actually confirmed that we were on the right track in creating this film festival just two years ago. It was clear – even in the virtual space – how special and unique Texas film is and how much our local Hico and Hill Country community enjoys and supports the work of those filmmakers. The fact that we could also make a dedicated effort to support and put forward the work of some wonderful women filmmakers and talent also made for a wonderful weekend.” 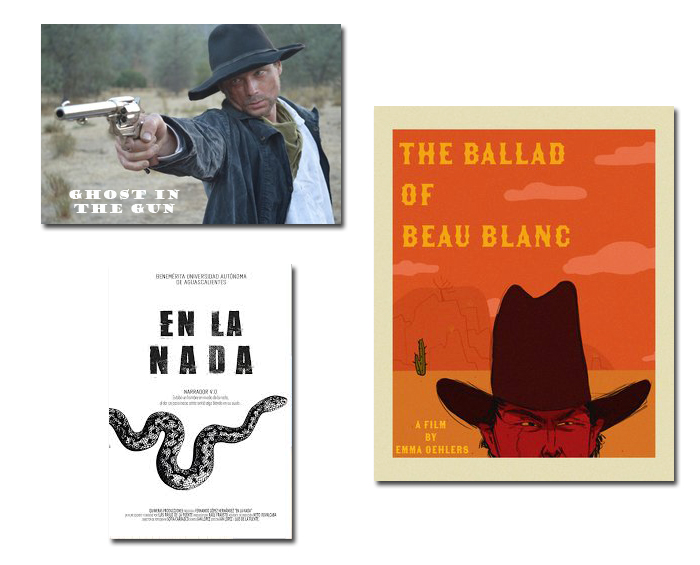 Other winners included; Jason Angco-Barrera’s IN THE HIDING, which was named Best Texas Short Film; Emma Oehlers’ THE BALLAD OF BEAU BLANC, which garnered the prize for Best Student Short; and Wiebe Bonnema’a THE END, which won Best Animation. The Billy the Kid Film Festival’s Outlaw Award went to Andrew Chen for his film, GHOST IN THE GUN, and the Bendito Award went to Luis Paulo for his film, EN LA NADA.

Chris Zuhdi’s cowboy tale, MEXICAN MOON, a prime example of the locally filmed productions that the Billy the Kid Film Festival seek to give a boost, participated in a special sneak peek including a scene from the film followed by a discussion about the shooting process and current status of the film – which is set to be released in early 2021. Another special moment for the film festival was a virtual roundtable which included filmmakers from both coasts, as well as Norway and Mexico, veterans, and student filmmakers coming together to talk about a number of film production topics both regarding the festival experience, getting their films made, and how the pandemic has influenced their productions.

Film festival passes and tickets are on-sale now. For more information on the Billy the Kid Film Festival go to https://www.billythekidfilmfestival.com.

ABOUT THE BILLY THE KID FILM FESTIVAL
The Billy the Kid Film Festival is a 501(c) 3 nonprofit organization dedicated to supporting film, filmmakers and film education through our annual event. In November, 2019, the first edition of the film festival will debut in Hico, Texas, the Hometown of “Brushy Bill” Robert, alias “Billy the Kid”. It is the film festival’s mission to celebrate film makers from all over the world, while giving our local film makers and residents a place to come together and appreciate the art of making movies.