It looked like a scene right out of a horror movie in downtown Royse City Saturday afternoon. Bloody bodies littered the street, smoke rose from burning cars, panic-stricken crowds ran screaming from gun-toting soldiers. But then, thats exactly what it was, a scene from a horror movie.

Dallas-based independent film producer Kerri Navarro chose Royse City as a location for her film “Creatures” primarily for its authentic small-town look and feel, as well as the enthusiastic cooperation of city officials and business groups. Hundreds of extras from all over the area showed up to be squirted with fake blood and arranged in uncomfortable positions for hours while scenes were shot and re-shot.

The footage created will be edited into a trailer to be used to “pitch” the project to financial backers in order for the full feature to be produced. Should they obtain the funding needed, Ms. Navarro said that the full feature would likely be filmed in Royse City. 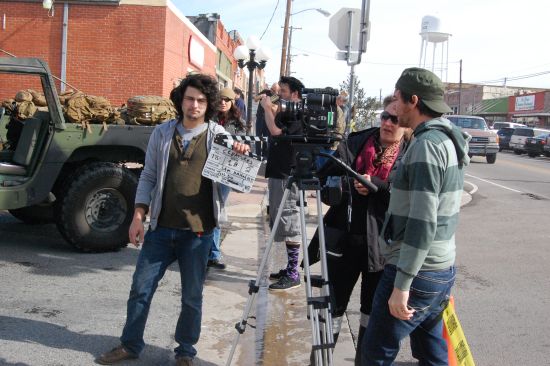 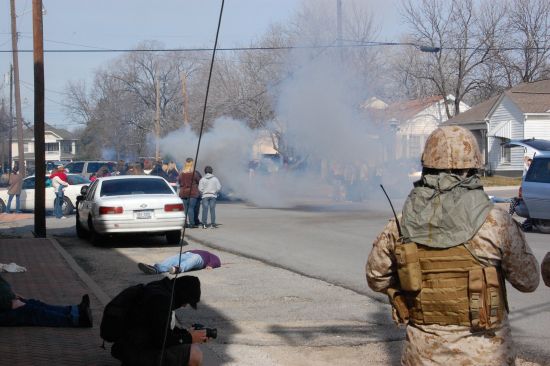 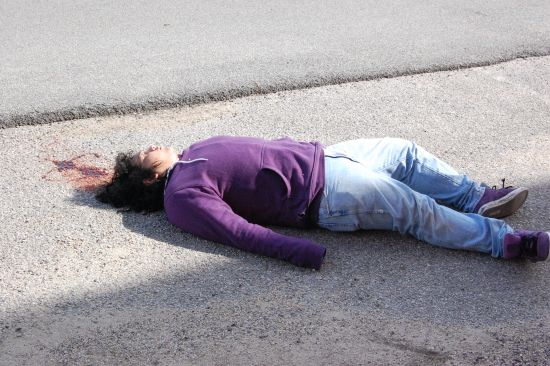 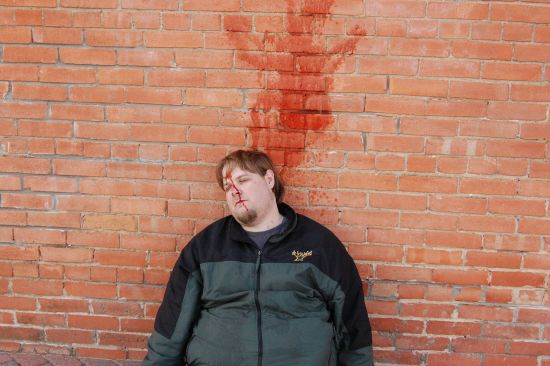 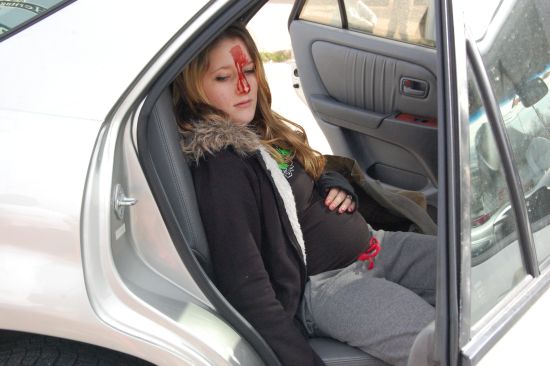 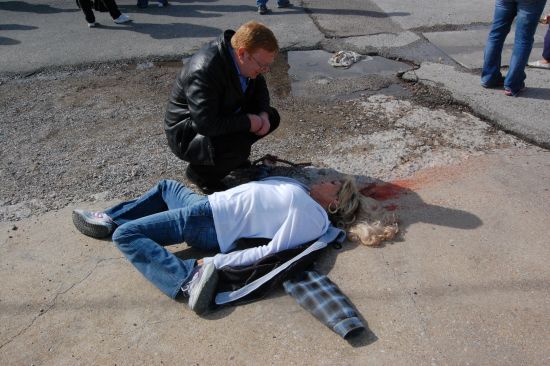 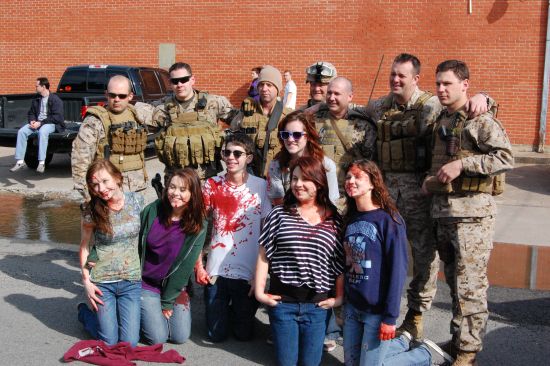 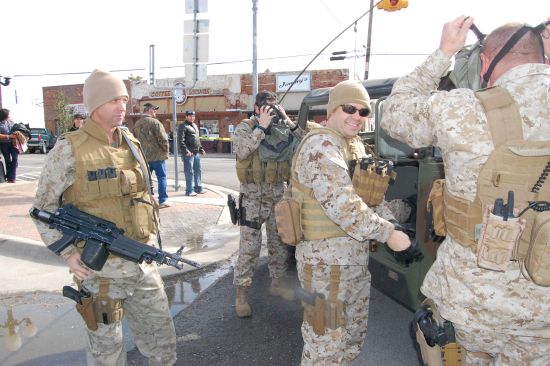 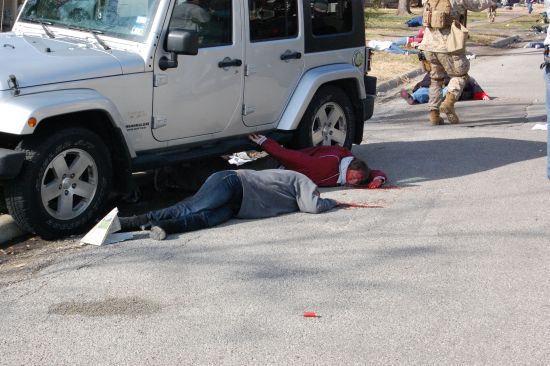 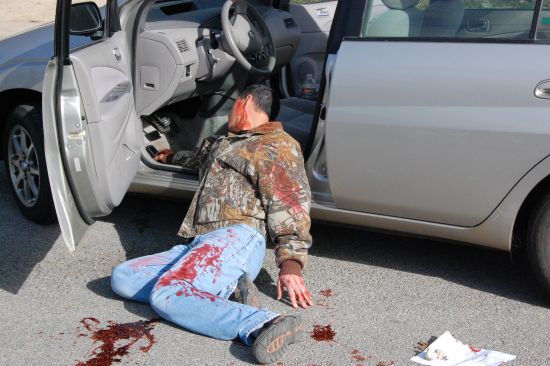 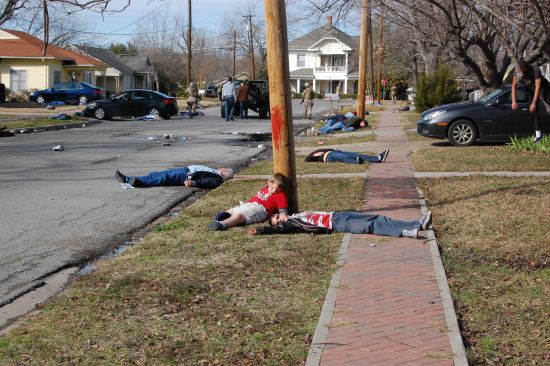 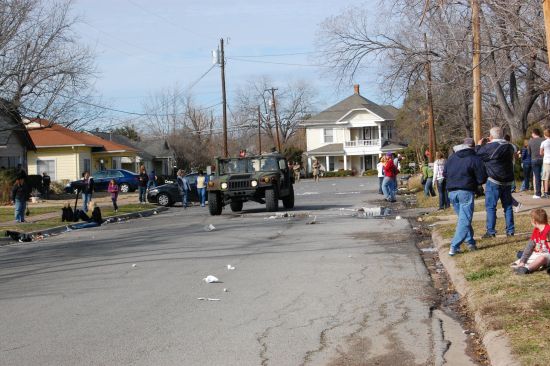 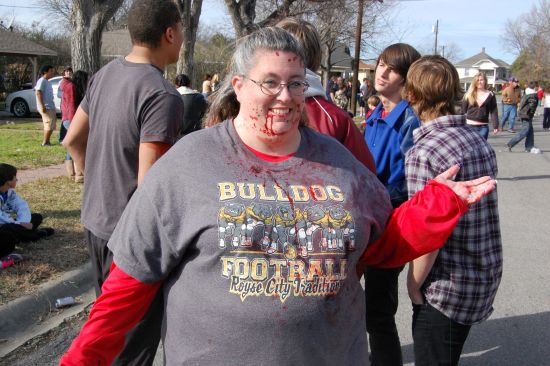 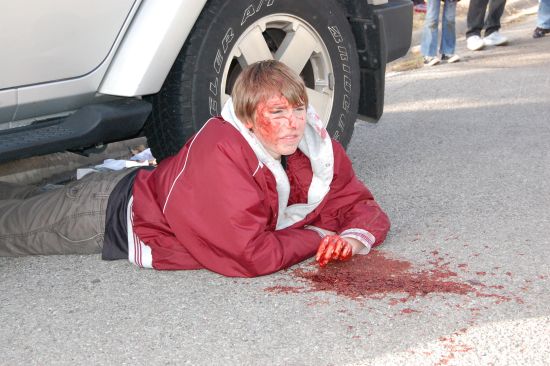 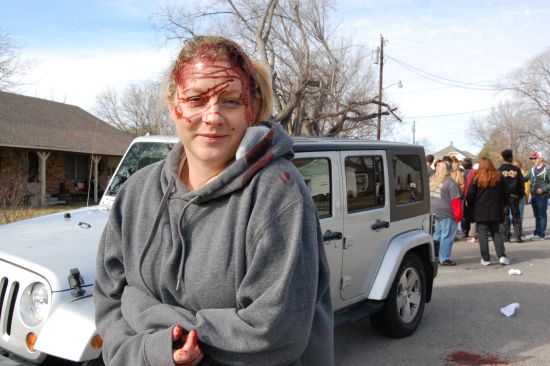