The action is set in Truvy’s beauty salon in Chinquapin, Louisiana, where all the ladies who are “anybody” come to have their hair done. This is a beautiful play of extraordinary humor and warmth.

By Philip Grecian and based on the movie A Christmas Story
Written by Jean Shepherd, Leigh Brown and Bob Clark
Directed by Christy Brown

Jean Shepherd’s memoir of growing up in 1940’s Indiana, follows Ralphie Parker in his quest to get a genuine Red Ryder BB gun for Christmas. Ralphie pleads his case to his mother, his teacher and Santa Claus himself at Goldblatt’s Department Store. All the elements from the beloved movie are here – the family’s temperamental furnace, the school bully, the boys’ bet concerning a wet tongue on an icy lamppost, the Little Orphan annie decoder ring; and Ralphie’s father winning “a major award” – the lady’s leg lamp in a fishnet stocking! 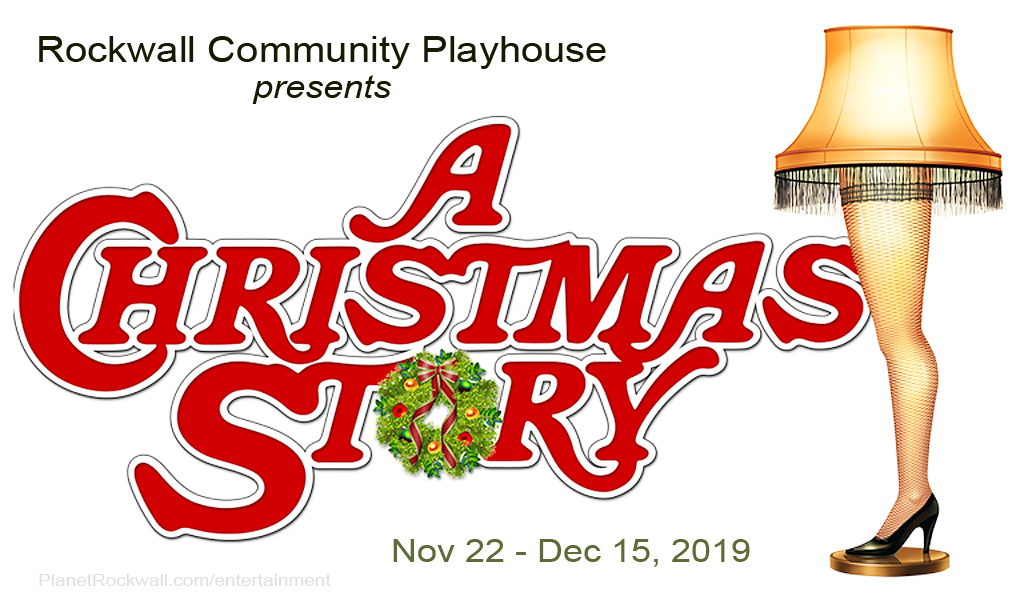 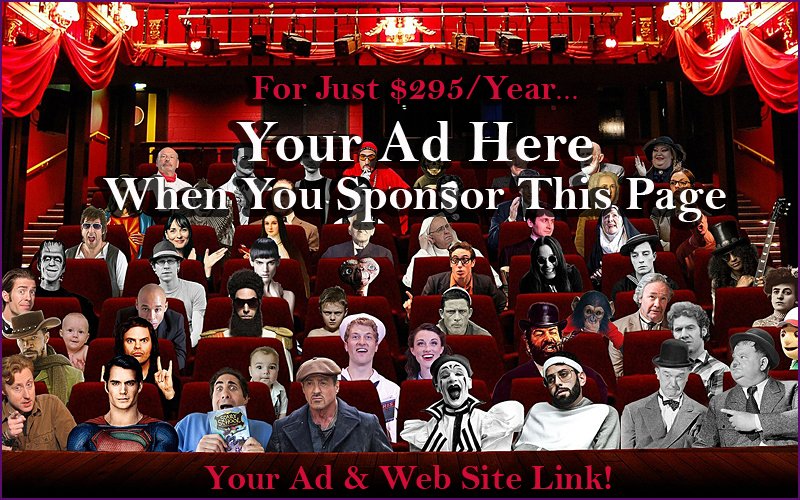 Sponsorships help us keep information and promotions up to date.
Your participation is what keeps our community web site going.
Thank you!

A Funny Thing Happened on the Way to the Forum 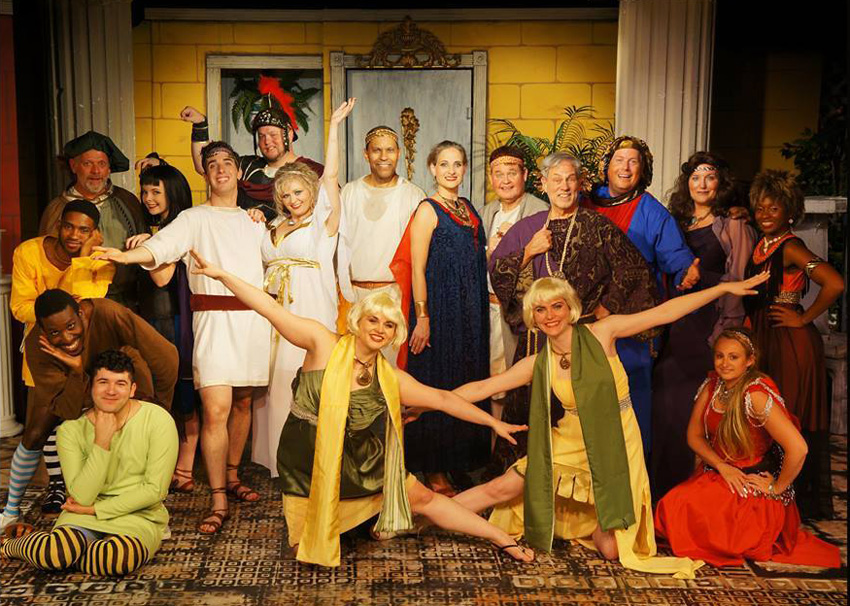 RCP is located at 609 E. Rusk, just 2 blocks off the Square in downtown Rockwall. 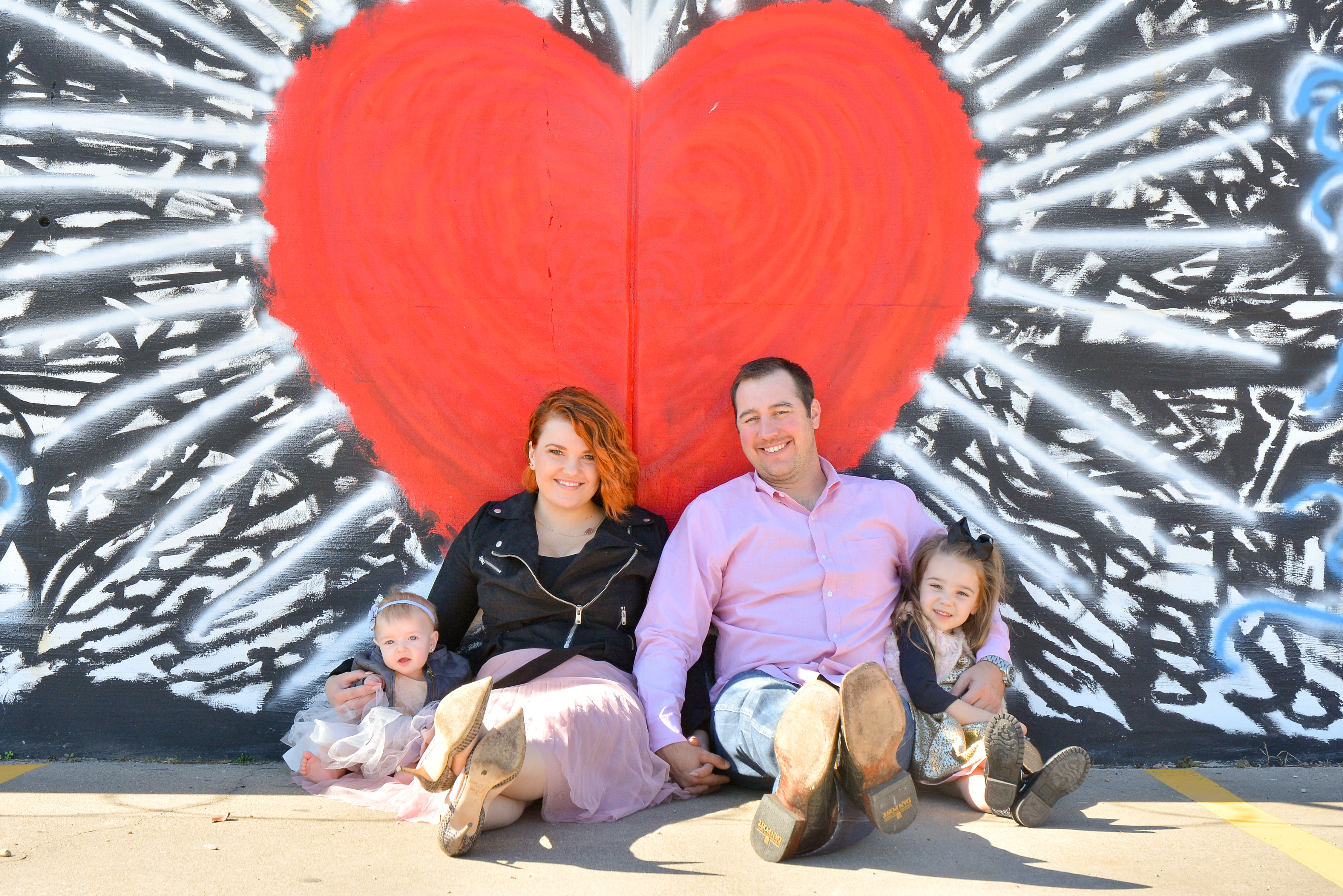 Ashley and D.G with daughters Gentri and Ambry

The Wedding Singer was performed at Rockwall Community Playhouse in March 2017 with a stellar cast which included husband-wife team D.G. and Ashley Reeves. Somewhat new residents to Rockwall, the couple met in California at a country-western dance club about 10 years ago. D.G. was stationed with the Navy as an aviation mechanic when he met his future wife. He was a meat-eating Texas boy, and she was a hippie vegetarian, but they hit it off. D.G. credits his “good ole Texas charm” as the key to winning Ashley’s heart. However, after dating for just 2 months, D.G. was deployed to Iraq for one year. The pair got to know each other through e-mails, sporadic phone calls and rare visits. “He actually told me over the phone that he was going to marry me before he told me that he loved me,” Ashley laughs.

Upon D.G.’s return from Iraq, the couple married in Ventura, California, and moved to Rowlett with the encouragement of D.G.’s childhood friend who was working as a firefighter in Dallas. The couple settled into a rental property and later had their daughter Ambry. Amazingly, the family relocated to Rockwall on December 15, 2015– just 11 days before the duplex they were living in was hit by a monster tornado on December 26. The garage and master bedroom were destroyed, and the room where their daughter’s former bedroom was badly damaged. “The house next door was just gone,” Ashley remembers. “It was a God Thing that we moved to Rockwall when we did.”

D.G. works as a firefighter/paramedic at Station #26 in West Oak Cliff. “We’re pretty fortunate at our station that everyone is in their early 30’s, and we all have kids the same age,” D.G. explains. The crew often takes family trips together. This year they are heading to Gulf Shores, Alabama.

D.G. auditioned for The Wedding Singer due to the urging of his wife. “Theater is important to Ashley, so I did it to make her happy. I expected to be cast as someone who moves trees around in the background,” he states. D.G.’s last role on stage was Frank N. Furter in The Rocky Horror Picture Show at Sam Houston State University. “My friend and I auditioned on a dare and ended up with the two leads,” he laughs. Thankfully, the wardrobe for his character, Glen, is much more Miami Vice than lingerie this time.

Ashley plays Linda in the show, and she balances rehearsals with her 40-hour work week as a hair stylist in Dallas and with looking after the couple’s two daughters, Ambry and Gentri. A theatre lover since her teen years spent in Los Angeles, Ashley did hair and make-up for The Wizard of Oz at Rockwall Community Playhouse before securing lead roles in Dirty Rotten Scoundrels, A Grand Night for Singing, and Love, Loss and What I Wore. She was in her first trimester of pregnancy during her role in Scoundrels and remembers throwing up backstage after her solos. Her daughter, Gentri, was just 3 months old when rehearsals began for Grand Night, and Ashley brought the baby with her to rehearsals. D.G., who works one day on and two days off at the fire station enthusiastically cares for his young girls while Ashley is on stage. “He’s amazing!” Ashley raves. “He’s very hands on. I’ll come home, and he’ll be wearing a tiara. He’ll do anything for his girls.” D.G. is equally complimentary about Ashley’s ability to be there for their family. “She’s a rock star,” he declares.