In addition to Olympic, Sprint and Super Sprint distances, relays in the Olympic and Sprint distances, and two youth splash and dash courses and a 5k run/walk; the US Open will have a Triathlon Team competition where triathlon clubs from around Texas will compete for the right to be called the best Tri Club in Texas.

October 15: The U.S. Open Fitness Expo will be outside at The Harbor amphitheater behind the host hotel, the Hilton Dallas/Rockwall Lakefront and feature course briefings, vendors, late registration and mandatory competitor packet pickup.

Oct 16: The public is invited to attend and there is no charge for the Expo. Competition on Sunday morning will begin at 7AM with the awards ceremony at approximately 11:30 AM.

The event starts with a swim in Lake Ray Hubbard in the marina at Rockwall Harbor. The bike course will travel through rolling terrain incorporating the roads of Rockwall and Heath, and the run course will be in the Rockwall Harbor area with the finish immediately adjacent to the Hilton. 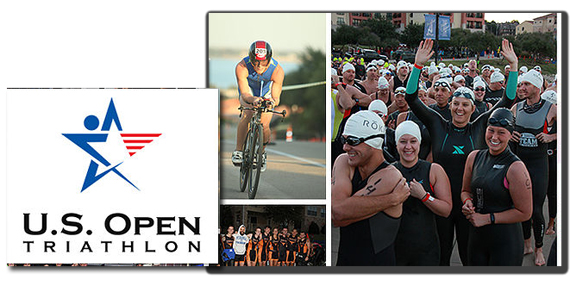 Registration and more information can be found at www.usopen-triathlon.com