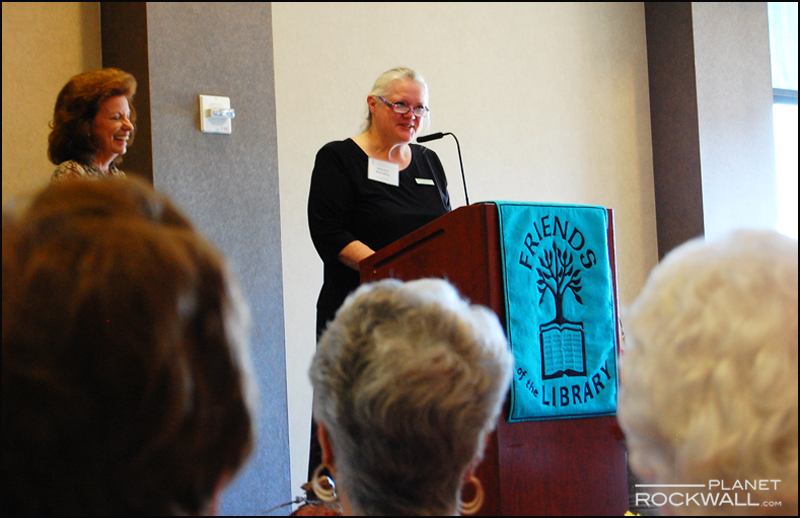 Gloria told the audience that libraries and books have always had a special place in her life. As a child, she “found dreams and escapes” in books and enrolled in the Summer Reading Programs at her local library in Harlingen, Texas. And like every other young girl who read “Little Women,” she wanted to be Jo. Later she became a fan of science fiction and a lover of books on history. As a young mother, she read to her twin sons. As a newscaster, when she had an assignment she read books for background. 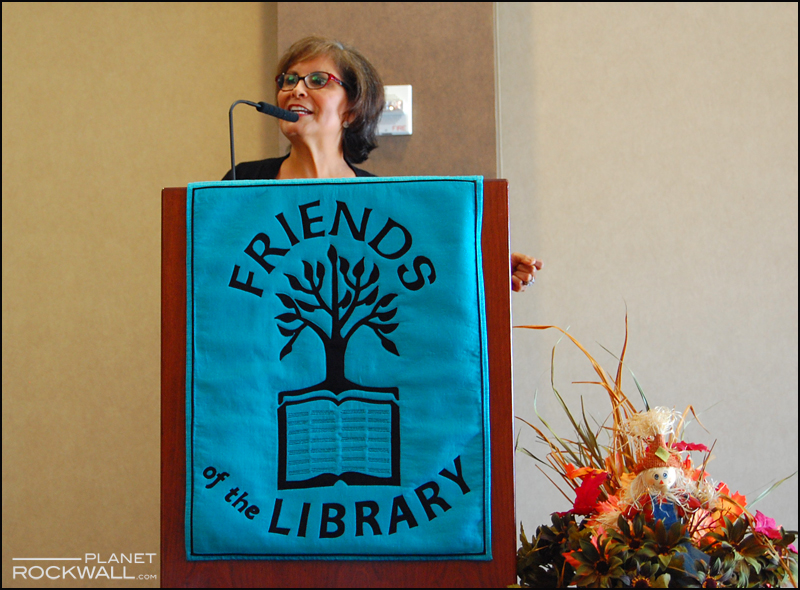 She summed up the presentation by saying she was an ordinary person who had an extraordinary life, privileged to be a part of major historic events. Beginning a new chapter, she says she is ready for “on the road adventures” and looks forward to a new motor home and traveling across the country with her husband, Lance Brown. 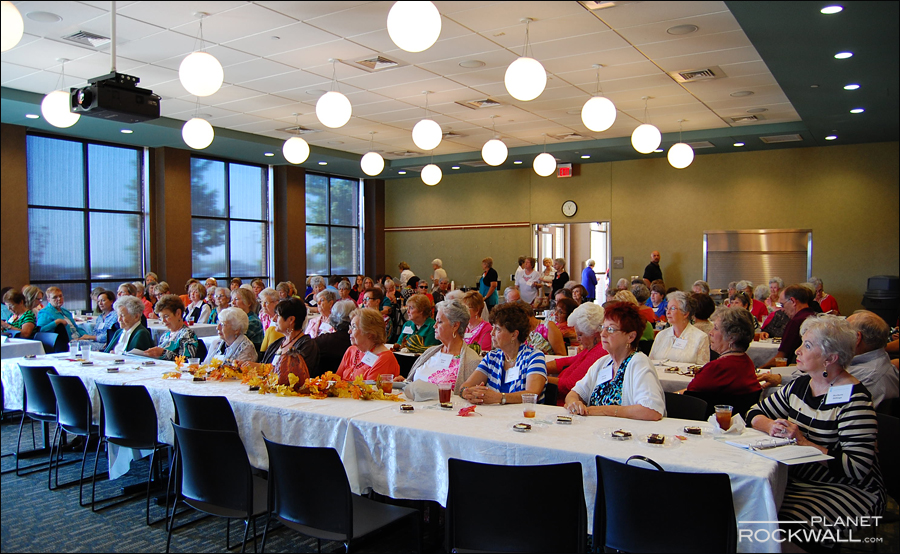 Members had first choice for reservations and the event quickly sold out after seats were offered to the public. Another Special Headliner Meeting is planned for April 14, 2015 when Jody Dean will be the featured speaker. Dean, a talk show host for radio station KLUV, will talk about “What Makes Broadcasting Fun.” Members will again be given first choice at reservations. Membership forms can be found at www.friendsrockwkall.com. New members still have time to get their names added to the yearbook addendum to be published after the first of January 2015. 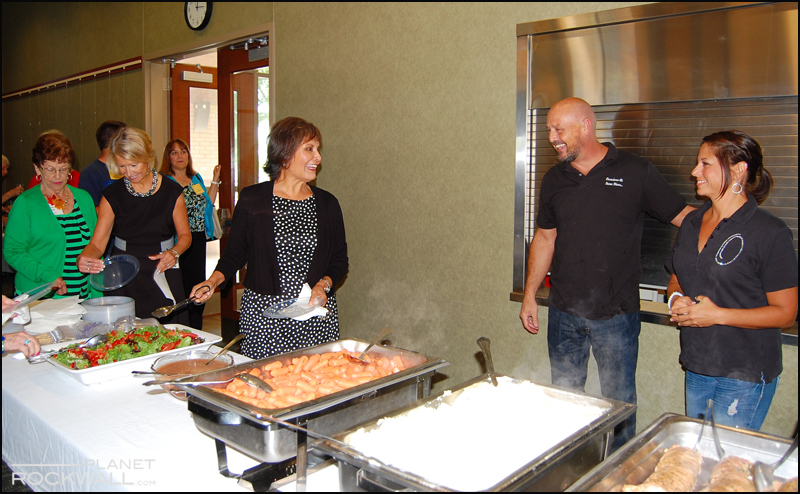 Friends meets six times a year and all meetings, with the exception of the Christmas Luncheon, are held in the Rockwall County Library. The group works to promote the interest and welfare of the Library. Profits from their various fundraising events supplement the County library budget, paying for special children’s programming, adult literacy programs, subscriptions and other items.