About 160 people were in attendance as Governor Rick Perry made a campaign stop Thursday afternoon at Blue Canyon restaurant in the Harbor. Sponsored by GrassBoot.com, a grass roots organization dedicated to re-electing the governor, the event was held to encourage supporters in the upcoming race to become “Perry Home Headquarters” and get out the vote for their favorite candidate. 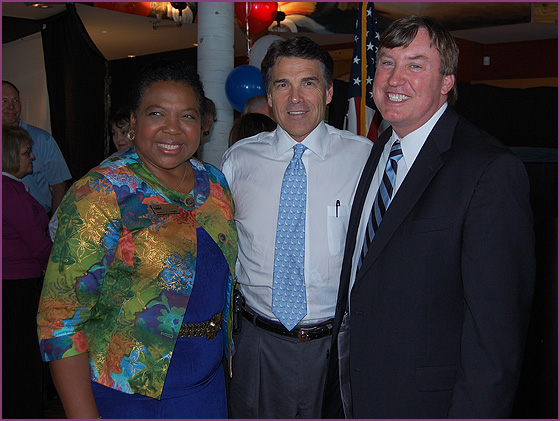 Governor Perry delivered a rousing speech conveying his message of conservative values, smaller federal government and fiscal conservatism. After the speech there was ample opportunity for audience members to speak personally with Perry, and pose for pictures. 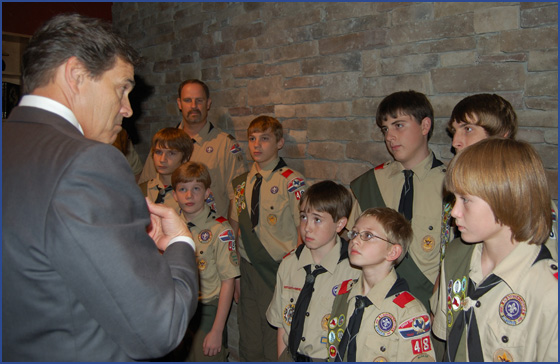 In a more private audience with local Boy Scout Troop 48, the governor spoke highly of the importance of attaining the rank of Eagle Scout. He said that he reviews hundreds of resumes as part of his job, and the ones that stand out in his mind are those indicating achievement of that honor.

Jeff Cline, local field representative and founder of GrassBoot.com, said, “I feel that we are moving in the right direction under Governor Perrys leadership, and want to do all we can to support him in his campaign.”