After completing its first weekend run, Rockwall Summer Musicals production of Mary Poppins is generating a lot of buzz. With some of the most ambitious staging RSM has ever attempted, and some of the best singing to be heard this side of Broadway, this show will bring smiles to the whole family. I mean, what kid wouldnt want to see a chimney sweep walk up a wall, across the ceiling and down the opposite wall, singing the whole time? Or, how about a nasty old nanny (not Mary) being captured by a giant birdcage and carried away into the sky? What kind of grump doesnt like that stuff?

Director Rita Powers-White, her stage crew, actors and musicians have spared no effort to bring the audience a nonstop sensory experience. Over 200 costumes were created for the huge cast, and the singing and dancing come fast and furious enough to engage the most fidgety of youngsters and not-so-youngsters alike. 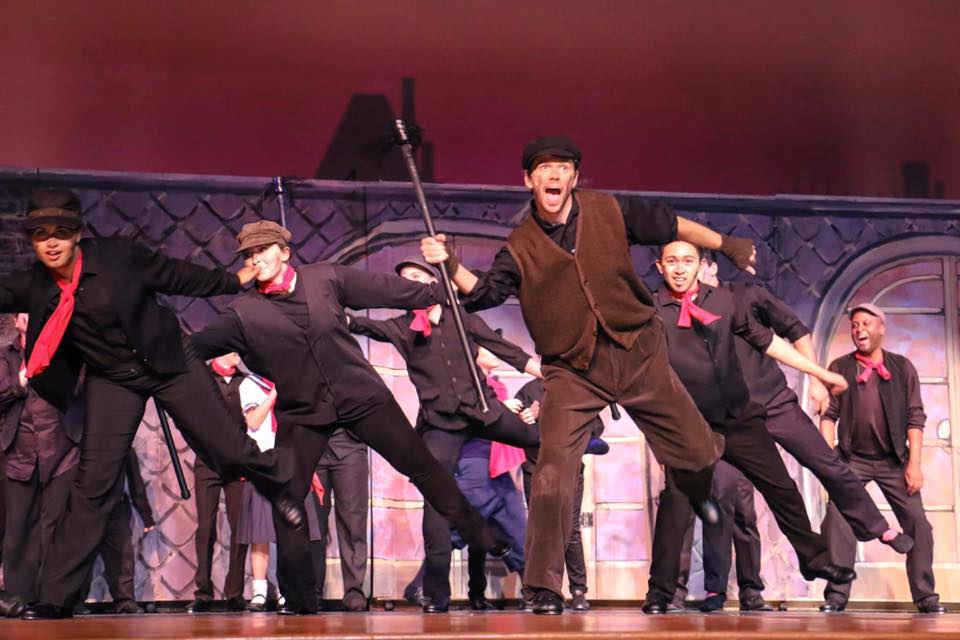