When Mark Witham took up the hobby of restoring old military vehicles over 25 years ago, he had no idea that he had created a monster. Since then, he has amassed one of the largest privately held collections of military artifacts in the world. And hes running out of space to display it.

While serving in Britains Royal Air Force, Mark developed a fascination for all things military. “Every piece of equipment, the vehicles, the weapons, uniforms, medals, they each have a story to tell. These are stories of courage and sacrifice, and they are in danger of being lost to time if we dont preserve them.” After his service, Marks job eventually landed him in Texas, where his fascination grew into passion. The Military Heritage Museum located near Royse City, grew out of this passion for preserving these artifacts of history. Inside, the visitor will find an astounding collection of all things military, including art works, armament from small arms up to and including tanks and artillery, uniforms, documents and miscellaneous equipment. 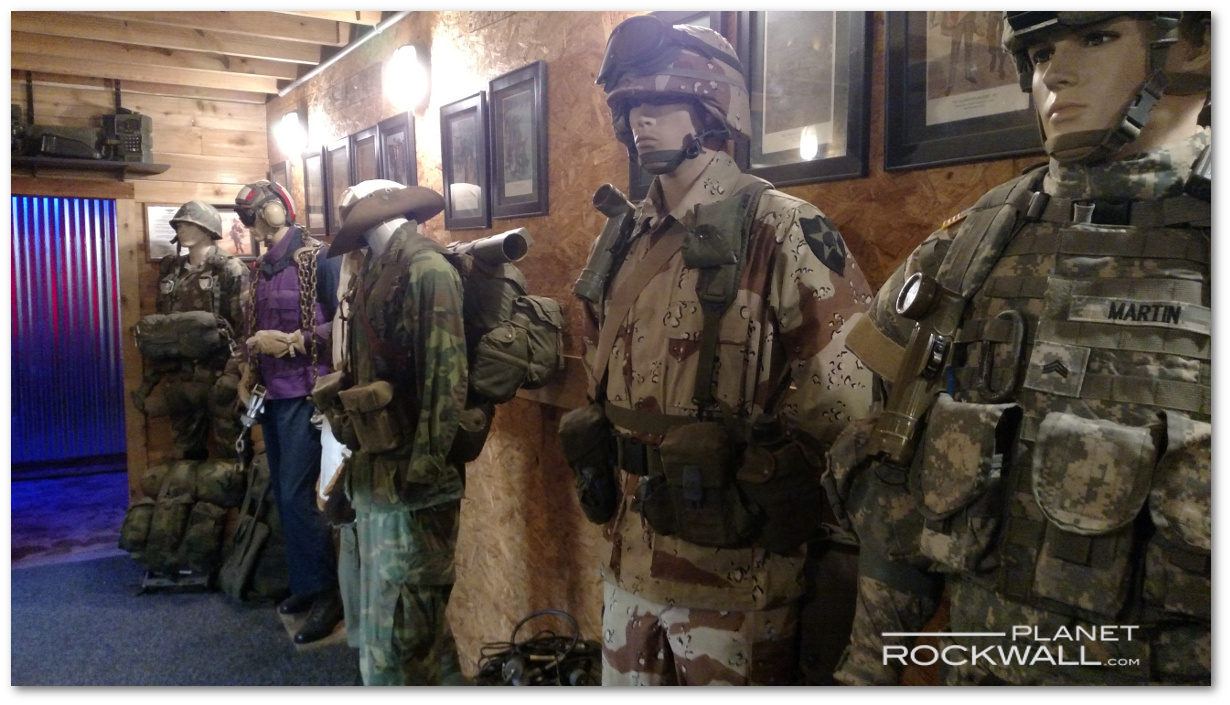 A sample of the combat uniforms on display

“Right now, our biggest problem is that were receiving more stuff than we can handle. Fact is, were out of room.” He pointed to a stack of crates filled with Vietnam-era mess kits, radios, first aid gear, and miscellaneous supplies. “This was just donated by a family who drove up in a Suburban packed top to bottom with these crates. We have plenty of volunteers to unpack and catalog these things, but were already filled to the rafters and cant display it right now. And more comes in every day.” 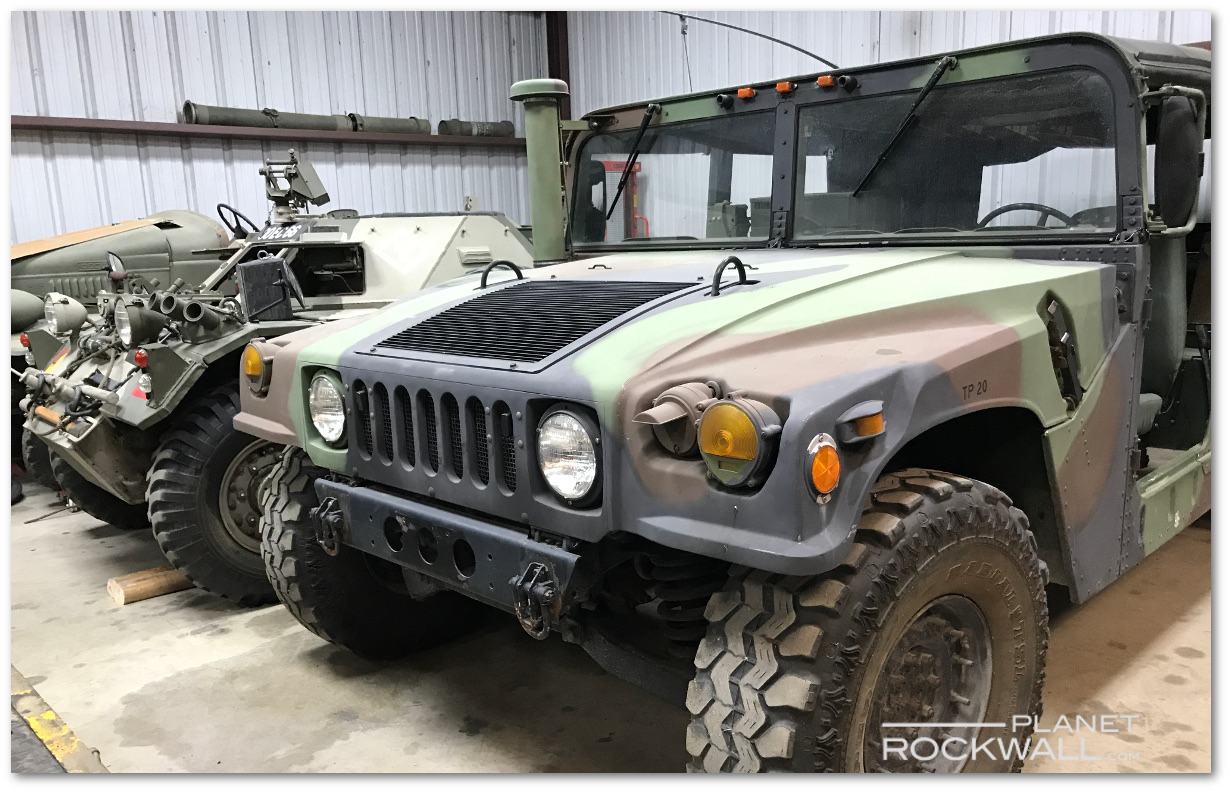 If you think were just talking about a collection of old military surplus items, think again. Mark and his team have taken great pains to lovingly restore and present these pieces of history to create what amounts to a world class exhibit. Take, for example, the museums impressive art collection. Among the paintings of ships, aircraft and battlefield scenes are two pieces by Adolf Sehring, whose work hangs in the National Archives in Washington, DC. “Operation Dragoon,” a 5 ft. x 14 ft. mural by American artist Eugene Savage greets visitors as they enter the exhibit. Depicting the 1944 Allied invasion of Southern France, the works vivid use of color and detail invites visitors to linger and admire. 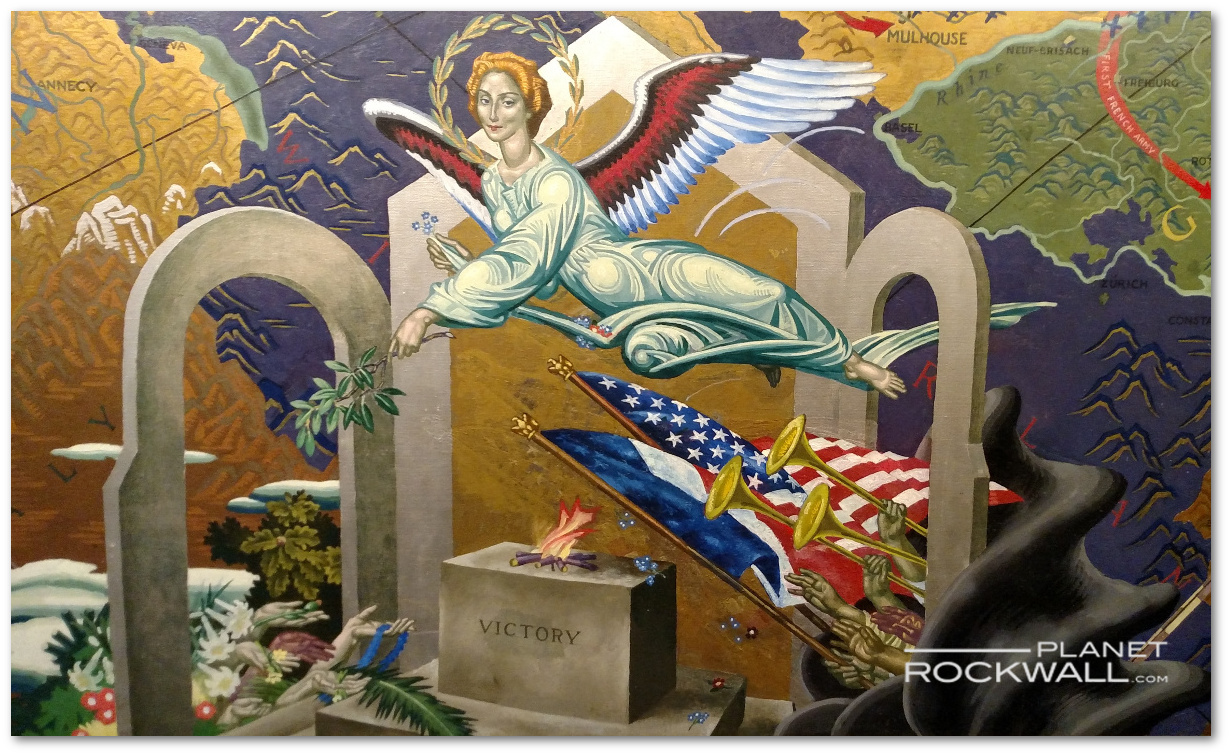 Along with the exhibit areas, the building is packed bumper-to-bumper with military vehicles of all kinds. Jeeps and personnel carriers share space with tanks, motorcycles and mobile artillery guns. All are restored to running condition and brought out on weekends and special occasions for the public to see and even hitch a ride.

The Military Heritage Collection is in the process of raising funds to put up another building to bring more of the collection to visitors and expand their programs and activities. Says Mark, “The plan is to build a metal building shell on a slab. We just need the shell built, we will complete the interior and connect to the existing structure.”

Want to drive a tank? This British armored vehicle weighs 33,000 pounds and is ready to roll!

Much of what the museum receives comes courtesy of the families of veterans who have passed away. “We like to think that part of our job is to give a voice to those who no longer have one. In these collections lie hundreds of stories that would be lost forever if we and places like this werent here to keep them alive.” 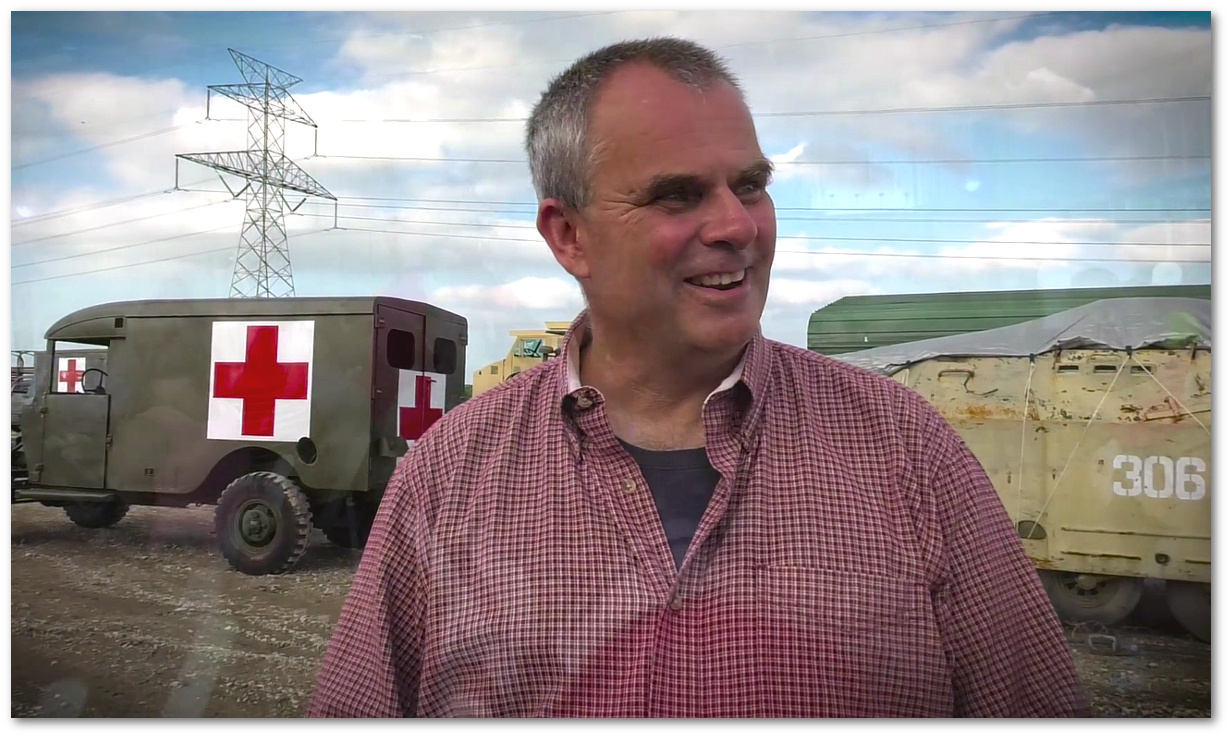 The Military Heritage Collection is open by reservation and on special occasions. Call 469-434-0396 to arrange a visit and get directions, or visit their website at http://www.militaryheritagecollection.org/ to submit a request.

Tax deductible donations to the building fund can be made through their Gofundme page or mailed directly to: