When Misti Potter came to town in April of last year to take over the job of CEO of the Boys and Girls Club of Rockwall, she knew she had her work cut out for her. The organization, housed in a rundown former elementary school, was on the ropes. Donations were down, attendance declining, and programs for kids were in general disarray. It was time for new leadership.

According to their website,”The Boys & Girls Club of Rockwall County is a private non-profit youth development agency for youth in grades 1 through 12. It meets the needs of many families by providing an after-school and summer activities program for youth ages 6 to 18, as well as an all-around community center for ages 6 to 18.” 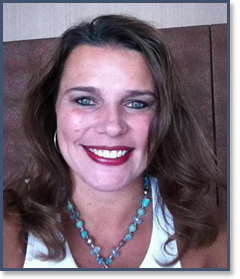 Misti brought to the table over 15 years experience with the organization and quickly set about working with the board of directors to establish goals and objectives to lift the club out of the doldrums during the coming year. Last week she sat down with Planet Rockwall and summed up the ensuing 15 months with three words: “We did it.”

What, exactly, did they do? “We said we were going to have measurable outcomes by the end of last May, and we got them. We said we would help 100 percent of our kids advance to the next grade level, and we did it. We said we would help at least 85 percent of them do it with a “B” average or better, and we came within a percentage point of that goal. We were recognized by the national organization for increasing our attendance for the school year by 25 percent. And our summer program enrollment increased by 43 percent, with over 200 to 214 kids in our building every single day. Weve built incredible partnerships with local companies to help build new programs.”

Not one to rest on her laurels, Misti goes on to stress that this is just a start. “Now that weve laid the foundation, how do we keep getting better? One way is the purchase of a van to transport kids to and from the club after school. This would open up opportunities for at least thirty more kids who otherwise couldnt make it. And, if we can get a second van, we could double that number!”

Other goals include a teen center, where high school students can participate in scholarship, leadership and career-ready programs. “We want to be relevant to todays teenagers, more than just a place to hang out after school. If, instead of going home and playing video games or getting into trouble, they have a place where they can be productive and get a jump start on their future, then we feel like were presenting them with opportunities to excel in life.”

The biggest challenge facing the Rockwall club, according to Misti, is marketing. “Even now Im surprised at how many people in the community still dont know we exist. Even if they do, they see our signs and think were just about at-risk and underprivileged kids. They need to come down and see for themselves how diverse we are on a socioeconomic level.”

Some of the clubs funding challenges come from the fact that Rockwall as a whole is not seen as a community in need. “We are in serious competition for grant money with truly disadvantaged areas. Our good fortune in avoiding the brunt of many of todays economic woes is a two-edged sword. Most residents are blind to the fact that we see many kids for whom school lunch is the only meal they get all day.”

Mistis path to leading the Rockwall Boys and Girls Club began over 15 years ago with the United Way. One of the agencies they helped fund was the Boys and Girls Club, and she began to work with them directly, first as a fund raiser and grant writer and moving up to club director. Eventually she became Vice President of Development, serving 9 clubs in Southern Alabama, moving on to Memphis where she was VP of Development with a $19 million budget. Someone with her background was exactly what the Rockwall club needed.

Now well into her second year with The Boys and Girls Club of Rockwall County, Misti sees nothing but great things ahead. “Its a lot of work, but when I see the good its doing for our kids, theres nothing Id rather be doing.”