Hey Rockwall music fans and movie buffs — You might have read my recent article on Jagged Row. In addition to being a big music fan, I have always loved movies and try to see as many as I can.

When I caught a preview for “Gangster Squad,” the story of a mob boss defending his turf in Los Angeles, I was like “Alright, this seems like it could be an awesome movie.” The fact that this movie was inspired by true events really turned me on to watching it.

“Gangster Squad” is an action filled film based in the city of Los Angeles, California. Sean Penn took on the lead role of Mickey Cohen, a gangster in The City of Angels during the 1940s, who was literally running the city. In like most organized crime scenarios, the mob bosses & drug dealers in our society always have a deal in place with the local police department – that’s just the way it works, the only color that really matters is green. Because of this, the chief of police, played by Nick Nolte, authorizes a secret take down of Mickey Cohen and his crime enterprises.

The production of this film is amazing. Director Ruben Fleischer did a superb job capturing the California scenery and makes the viewer feel as if theyre really in Los Angeles in the 1940s. Screenwriter Will Beall did a tremendous job meshing all the characters together. From appearance, mannerisms, and dialogue, Fleischer and Beall brought this film to life.

Overall the cast is great. Most might flock to Ryan Goslings performance, but I on the other hand was overjoyed to see the role played by Josh Brolin. His role as President George W. Bush in “W” was a masterpiece. I think Brolin is one of the most underrated actors in the world today. The film also features Yvette Tucker, Giovanni Ribsi, Anthony Mackie, Robert Patrick, Emma Stone and Michael Pena, to name a few.

The key to this action packed drama is seeing how the screenwriter envisioned how these men went about shooting their guns. Some columnists remarked this action-packed film was as simple as “Grand Theft Auto” on steroids. Another flaw critics picked out is how these predictable gunslingers become stale quickly. This film is not for the squeamish or those who may be offended by the liberal use of weapons and violence. Sean Penn’s ruthless portrayal of Cohen leaves little to the imagination, leading some reviewers to unfair comparisons with Fleischer’s previous film “Zombieland”.

I recommend checking out this film. Sean Penns performance alone was watch worthy for this movie. In a few sentences “Gangster Squad” is bloody, its violent, and its pushing the limits. “Gangster Squad” doesnt try to be the prettiest girl in the room, and its not looking to take you out on a first date and romance your socks off. The film is here to show you the realities of the society in which we come from, without remorse for your feelings. Go and watch some real American history. As Penns character Mickey Cohen says “Youre gonna be begging for a bullet before its over!” 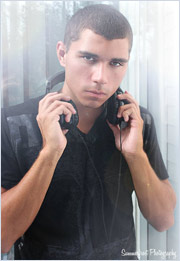