For over 100 years the origin of the wall has remained a mystery. In this Throwback Thursday special we bring back one of our most popular articles on the rock wall from 5 years ago.

It seems everybody in Rockwall knows the story of the ancient rock wall that gave our city its name. About 150 years ago a local farmer found it while digging a well on his property. From the moment he pulled up the first regularly shaped rocks which appeared to be carefully placed, the opinions on its origin were rendered in abundance. Some said the wall was the buried remnant of a fortification built by a centuries-old civilization. Others dismissed it as a natural geologic formation produced by shifting, thrusting, compressing, or whatever it was rocks do when theyre not just sitting there.

Over the next century and a half, scientists of all stripes came and dug. In some places they found huge stones stacked up in what could only have been a planned and structured manner. Other places appeared to be more random piles of sandstone with horizontal and vertical cracks which, if you squinted really hard, you could imagine to be a man-made structure. Some groups found what seemed to be windows and doors in the wall. One actually claimed to stumble upon a vast underground chamber along with the bones of Neanderthal-sized humanoids (though this claim was never verified nor reported again).

Wherever the truth lies, speculation on the origin of the wall continues today, and definitive proof continues to elude us. In a recent presentation by the Rockwall Historical Society, Sheri Stodghill Fowler presented a stone figure to the audience. The interesting object was found in one of the excavations along the rock wall. Various studies of this rock figure determined that it was:

a: The fossilized snout of a prehistoric winged dinosaur,
b: A carved serpents head made by an artisan from a pre-Columbian civilization, possibly the one that built the wall, or
c: A rock.

The mystery lives on. 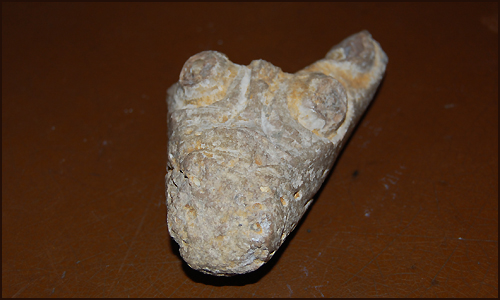 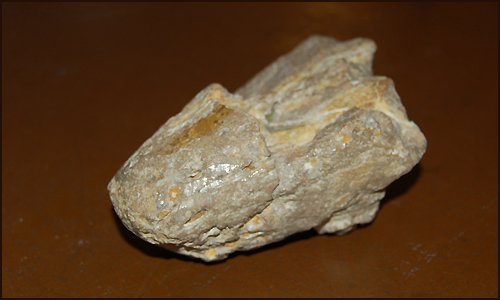 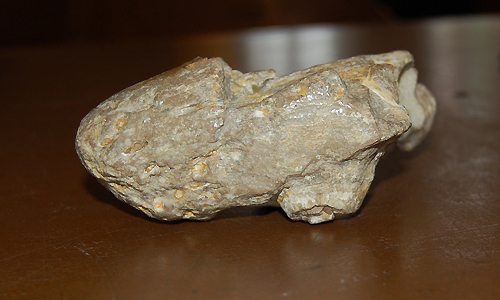 Wondering where you can see Rockwalls namesake landmark? Click here to find out.