On Tuesday June 7, the new owners of The Shores Country Club hosted a groundbreaking luncheon to roll out plans for the future of the facility. On hand were the new owners, guests from the Shores neighborhood associations, and members of Rockwall City Council.

Managing partner Kit Thomson started things off by welcoming the attendees and giving an overview of his vision for the revamped club. He introduced fellow partners Dan Traxler, John Dunn, and representatives from Landscapes Unlimited. Besides being a partner in the new venture, Landscapes will be overseeing the development and reconstruction of the course over the next 90 days. Construction is expected to begin as early as this week, and homeowners who live along the fairways have been notified by their HOAs that there will be some noise and inconvenience experienced during the process. 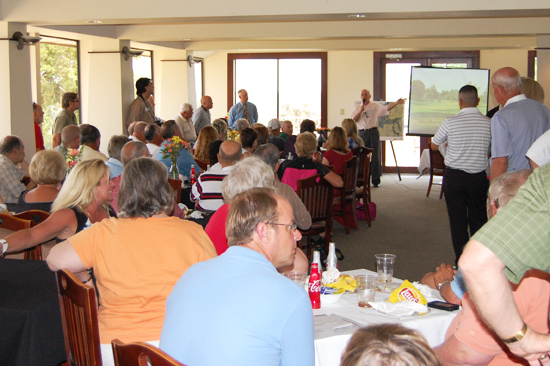 Over 100 turned out for the event 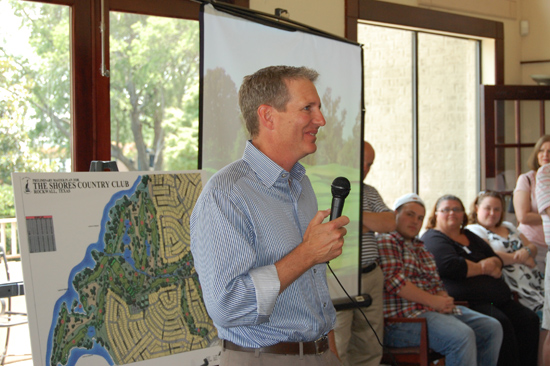 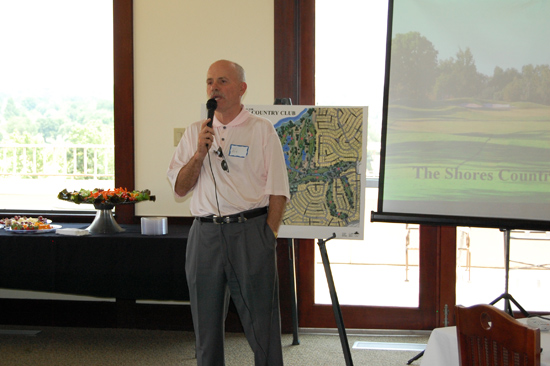 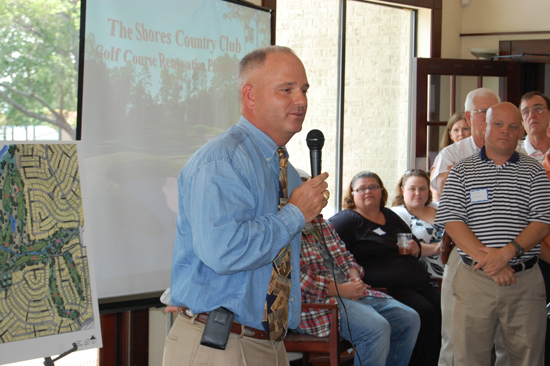 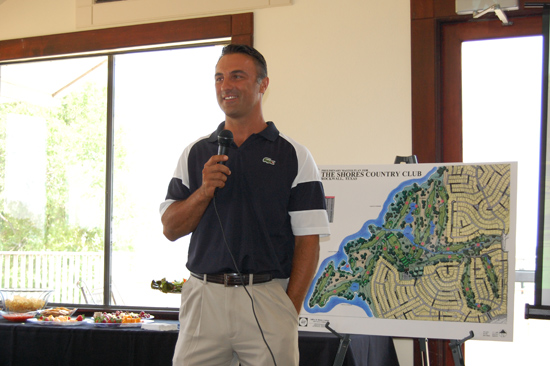 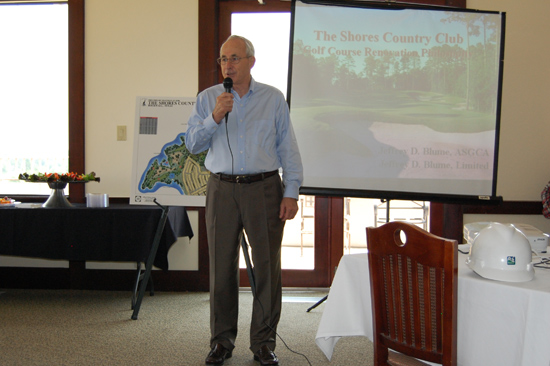 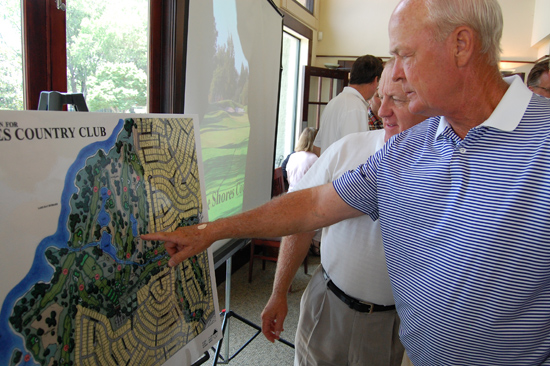 Checking out the site plan 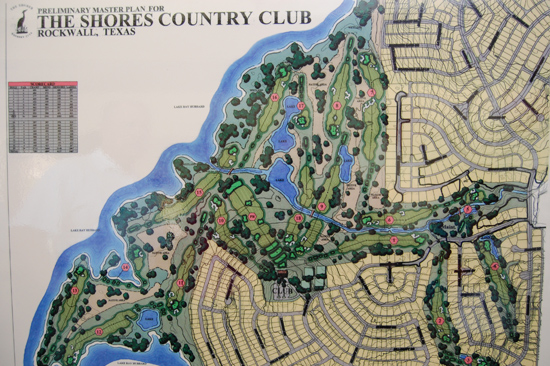 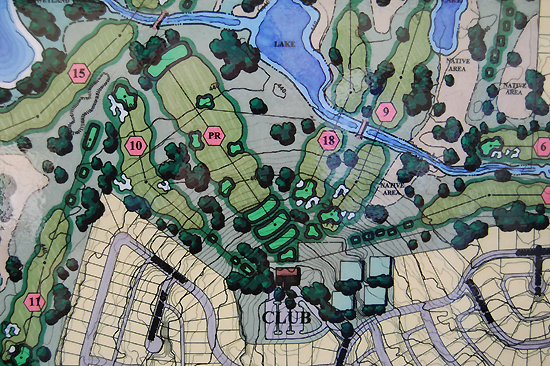 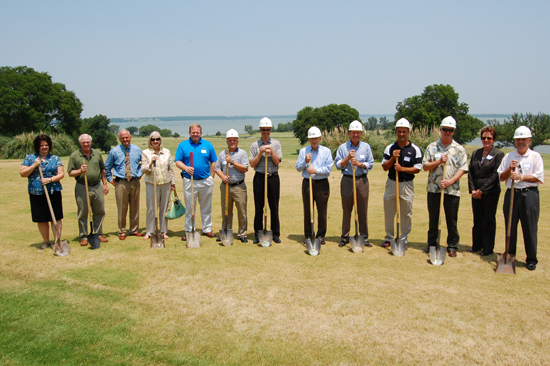 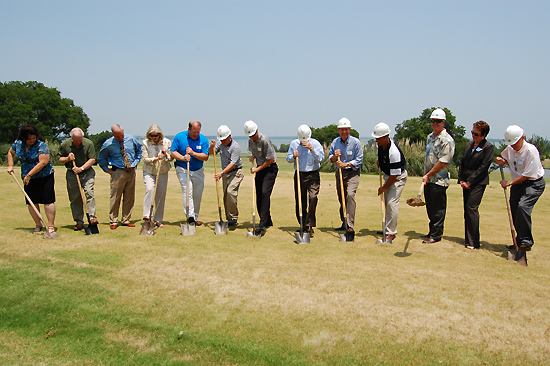 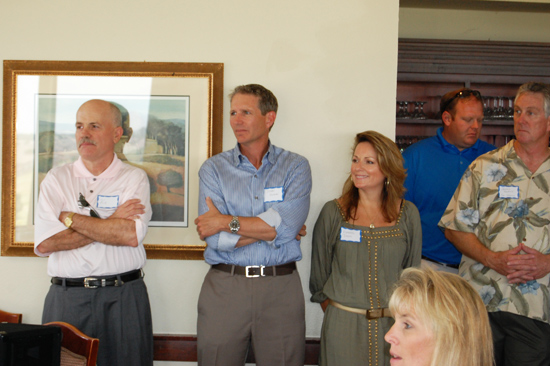 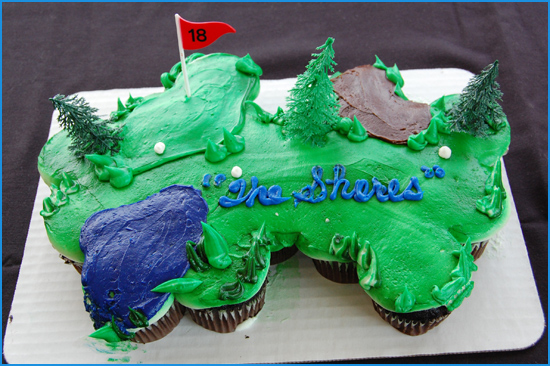 Site plan – Not exactly to scale

The master plan for the course was presented by experienced golf course architect Jeffrey Blume. After showing the audience numerous before and after pictures of projects hes worked on throughout the South and overseas, he described some of the work planned for the Shores. Essentially, the goal is to restore the course to its former status, with some changes to a few of the holes, bunkers and cart paths. At least one of the irrigation ponds will be dredged out to improve water quality and appearance. The entire course will be re-planted with new grass, and the irrigation system will be overhauled.

Thomson stated that the construction is on a “fast track” schedule and hopes to be ready to open in the early fall. Tennis, health club and pool facilities are open and expected to remain so throughout the construction period. There are still a limited number of pool memberships still available, but they are going fast. Interested parties should contact the Shores on Lake Ray Hubbard HOA for more information.