Rockwall, Texas – October 21 – Rockwall was hit by a severe storm on Sunday evening causing significant damage to multiple homes and knocking out power. Approximately 8 homes sustained minor to moderate damage. Most of the homes that sustained minor/moderate damage were covered with tarps in an attempt to prevent additional damage from rain. City crews continue to remove debris from roadways overnight.

The path of the storm was west to east just north of Downtown Rockwall. Damage was reported from Sunset Hill to the west to Wisperwood to the east.

City of Rockwall personnel have been able to cut fallen trees to the point that all roadways are passable with the exception of Highland Drive in front of Reinhardt Elementary. Cleanup will continue into the daylight hours on Monday. There will be street closures in order to complete clearing storm debris and access to Reinhardt Elementary may be impacted.

Updates will be provided as the cleanup effort continues on Monday. 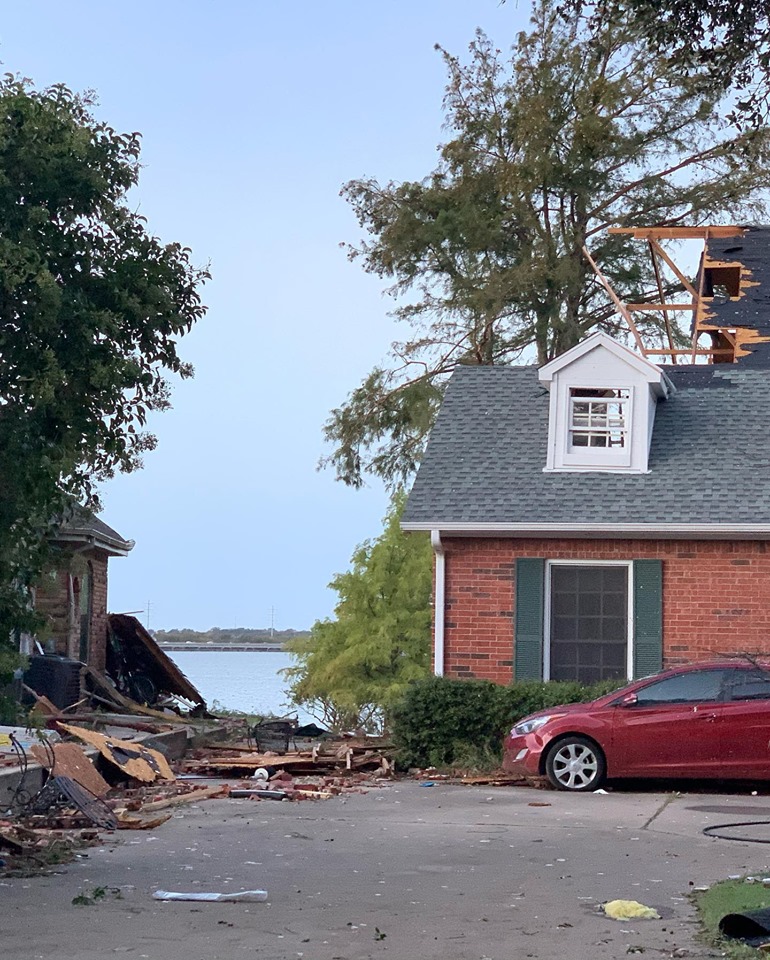