Sandra Solomon, President of Rockwall PAWS, greeted an overflowing crowd in the dining room of NINETEEN by Zanata at the Rockwall Golf and Athletic Club for PAWS 3rd annual fundraising dinner and auction. Tables were decked out with pictures of treated or rescued animals, pet treats, and bone-shaped, gourmet ‘Human’ Cookies. A slide show featuring 41 treated HW positive shelter dogs and other dogs, such as Lady, Duke, Klover and Blue, filled the screen. Sandra narrated stories of Lady (pka Beyonce), who was at the shelter for almost a year before being adopted, Jazzy and Duke who were boarded at Ponderosa Pet Resort for behavioral training, and Klover and Blue, mange ridden puppy- mill puppies that are now happy and healthy. Stories of Ranger and Hunter 2011 were updated. Once declared unadoptable, Hunter remains the lead dog in “K-9 Sniffers” in Wisconsin, and Ranger lives the good life in Austin. 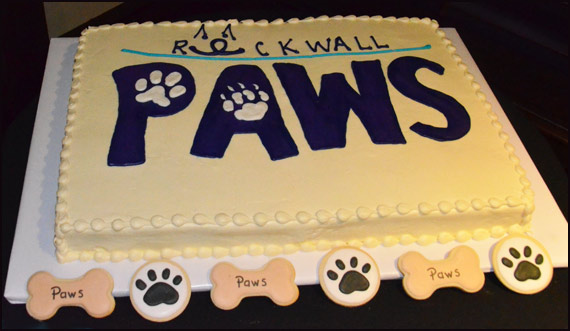 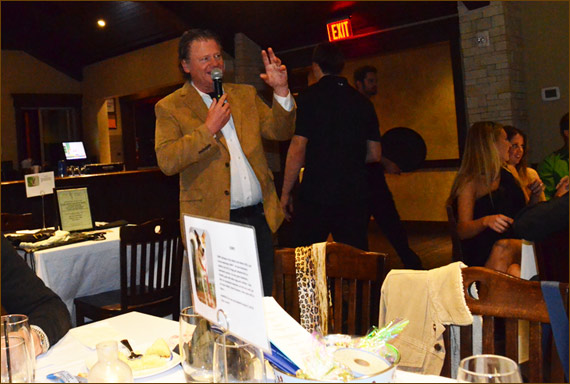 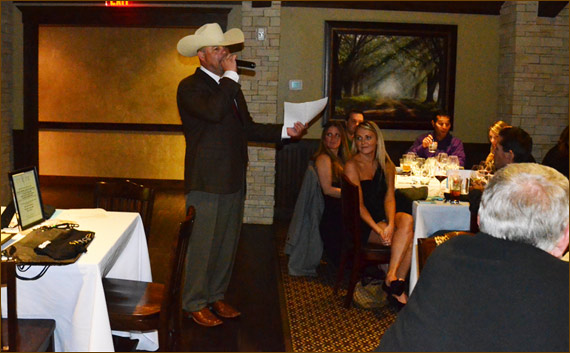 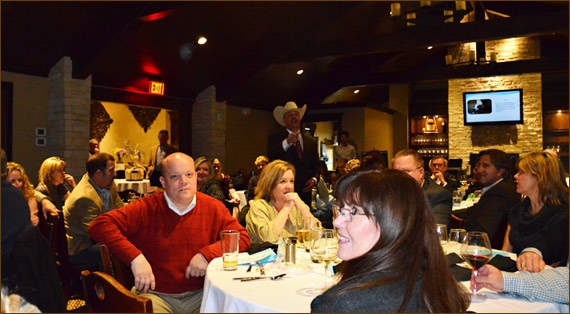 Sandra emphasized there had been a lot of changes in Rockwall in 2012, but Rockwall PAWS remained steadfast in their mission to reduce euthanasia by Spay/Neuter, Adoption, Treatment of Heartworm Positive shelter dogs, and helping needy animals. She noted dogs are the most talked about, but cats are very much included!

CCHS @RAAC was well represented and praised for their success in maintaining a 98% Live Outcome, far surpassing the 90% required. Funded by Rockwall PAWS, local veterinarians (Avery, Sealock, Webb, and Loftis) and KCAAP helped keep those numbers high and provided HW treatment for 41 shelter dogs last year. By January end, 88 will have been saved since January 2010.

Sandra spoke of the monthly KCAAP Low-cost Spay/Neuter Shuttle as a means of reducing the numbers of unwanted litters of kittens and puppies surrendered to shelters each year.

The Mission Statement of Rockwall PAWS allows them to help animals in many ways. Sandra thanked everyone for their generous support and emphasized that funding is needed year round. Memberships are available at www.rockwallpaws.org . Do your part: support spay/neuter, donate to fund Heartworm treatment and medical/surgical care, adopt from your local shelter, stand behind the 90% Live Outcome initiative, and become a member of Rockwall PAWS. Make Rockwall the best city for animals in Texas!