Gavin Silver was one of the most popular guys in his class at Rockwall-Heath High School. Described by his friends as having “a big heart,” he was one of those people who would go out of his way to make you feel good. An avid motocross rider and all-around thrill-seeker, he always seemed to be looking for new experiences and was eager to share them with his friends. In short, Gavin was the last one you would have expected to commit suicide.

And yet, on April 4 of this year that’s exactly what he did. His friends and family were stunned. “He never talked much, but there was always a smile on his face,” his friend Kyle said. Another friend, Taylor, said, “Gavin always hated the term goodbye. It was always see you later.” 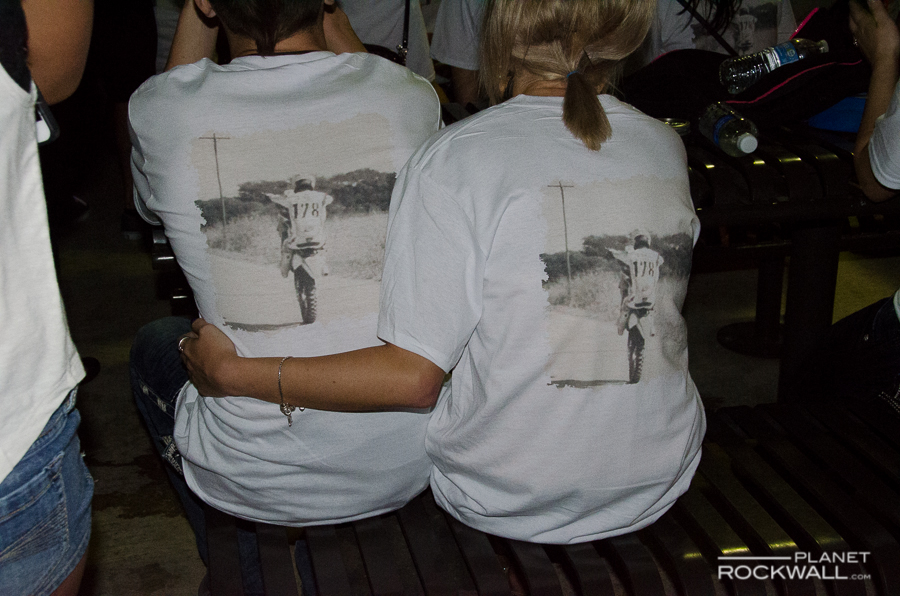 According to the U.S. Center for Disease Control and Prevention, suicide is the third-leading cause of death for young people ages 15 to 24, surpassed only by homicide and accidents. Classic risk factors include depression, personality change, changes in eating habits or sleep patterns, or erratic behavior. None of these factors were immediately evident in Gavin. For whatever reason, he just decided that it was time to end his life.

We may never know what Gavin’s motives were, and the devastation to his parents, his friends, and the community at large may never completely heal. But for those he left behind, this was no time to wallow in sorrow. Suddenly there was work to be done, a funeral to plan, unexpected expenses to meet. In an amazing show of support for the family, dozens of Gavin’s friends sprang into action. In a matter of days they managed to raise nearly $5,000 for the funeral, positioning themselves at the school parking lot and at convenience stores in the area, going door-to-door. In just over a week, they had planned and held a memorial event at Harry Myers Park in celebration of his life. 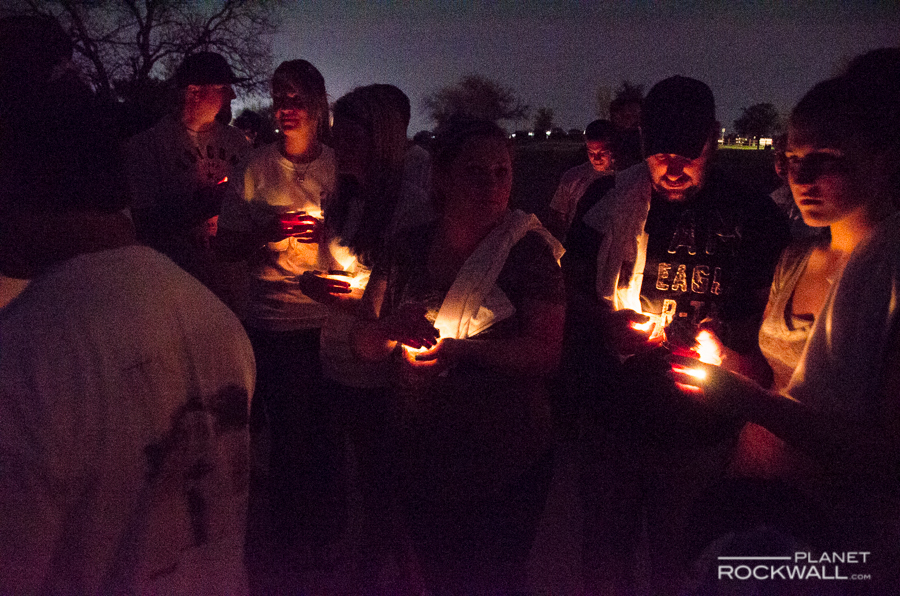 The memorial came together quickly. Over 100 friends, acquaintances, family and other concerned individuals converged on the pavilion in the park at dusk on April 12. After some socializing and milling about, the group came together for some prayer and remembrance. One after another, those who knew Gavin came forward and shared their own special memories of him. One particularly poignant moment came when a young man gave his testimonial. He didn’t know Gavin at all, he said, but one day in the high school cafeteria he was accosted by a group of bullies who knocked his tray of food to the floor. “As I stood there, Gavin, who I had seen around school but was basically a stranger, came up to me, helped me pick up the mess, introduced himself, and gave me his sandwich. That really stuck with me.” 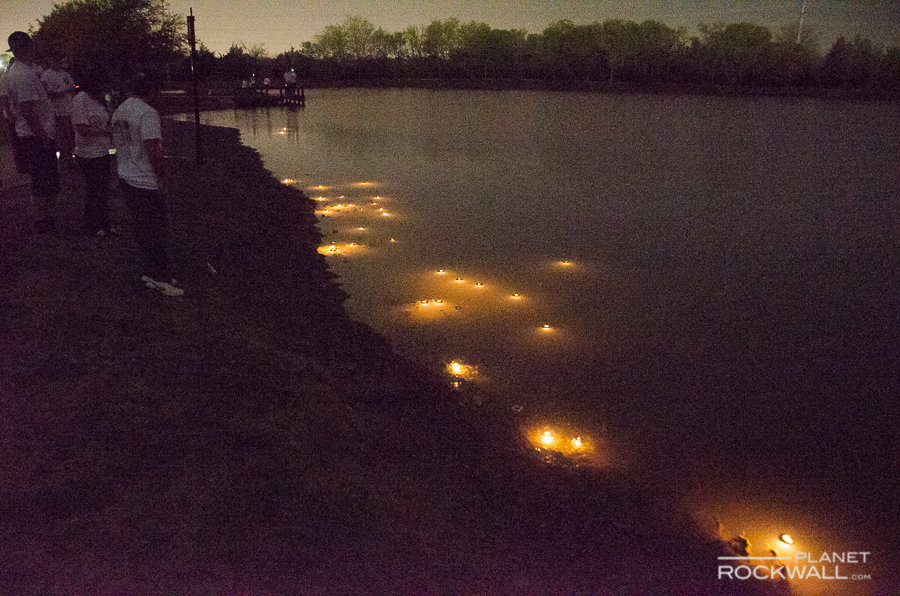 After the remembrances and a short prayer, each member of the group stepped up and took a candle, lit it, and made their way down to the lake. Someone got the idea to put their candle in the shallow water by the shore, and the rest soon followed suit. It was an impromptu gesture made even more beautiful by the remnants of the days sunset on the horizon and the moment of silence which ensued. After many hugs and tears, it was time to go, and the group slowly dispersed. 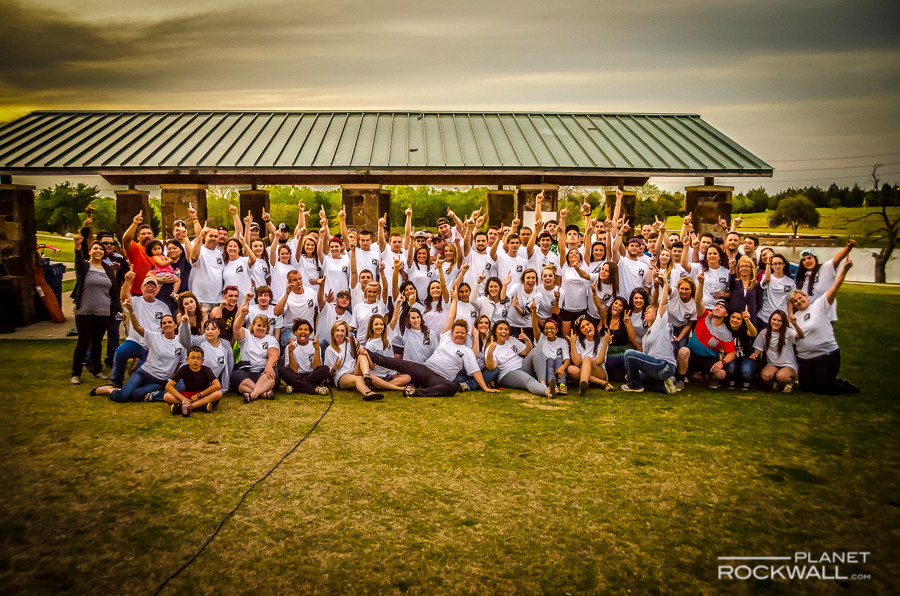 “We did a lot of growing up that week,” Gavin’s brother Cody said, “At our age, we don’t think about death much. This was a real wake-up call.” It was also a catalyst that brought people who hadn’t seen or talked to each other for a long time together for a common cause – to remember a friend who had impacted each of their lives in a positive way. Taylor added, “We discovered a lot about ourselves. When we were soliciting donations for the funeral in front of a store, people ignored us and even made fun of us. At one point I suddenly realized that that was us, just a few short weeks before.” A lot of growing up indeed.

If you or someone you know has contemplated suicide, there are a number of online resources to help. Probably the most notable is the National Suicide Prevention Lifeline. By calling 1-800-273-8255, you can talk to a trained counselor at a crisis center in your area.