A need for speed eclipsed any thoughts of dental safety for U.S. bobsled, luge and skeleton athletes, despite their treacherous runs down icy chutes. That is, until now.

For the first time, the men’s and women’s winter sports teams converged on Lake Placid, New York, in late September to be fitted for mouthguards. Oral protection hadn’t even been on these Olympic-focused sports teams’ radar until recently, says Dr. Danette McNew ’88, not even for one athlete whose mom is a dentist. She asked team members how their teeth feel while barreling full speed ahead during runs.

“They say they have rattling teeth; they feel their teeth hitting together,” says McNew, an adjunct assistant professor at Texas A&M College of Dentistry. “They’re more concerned about speed. They are going so fast, but they have a helmet.”

Securing those rattling teeth was goal No. 1 as McNew and seven other dentists from across the nation spent several days making 270 upper and lower mouthguards. McNew personally made 60. In conjunction with the Academy for Sports Dentistry, this select group of dental professionals specializes in mouthguard fabrication for athletes, including those headed to the Olympics. McNew and fellow dentists who joined her in Lake Placid are among the United States Olympic Committee’s national medical providers. 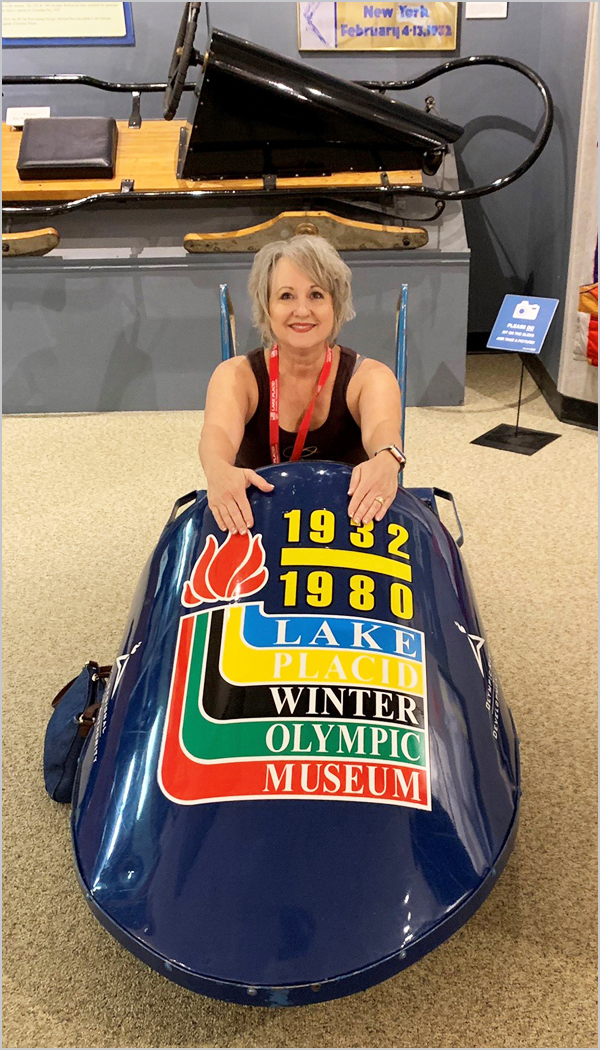 “We’ve helped a lot of other U.S. Olympic sports like karate, boxing and weight lifting,” she says. Just not these winter athletes.

Over six days, McNew and her cohorts queried the athletes about details of their sport to contemplate how best to protect their teeth.

“Since they have full face shields, it is not as critical to fabricate a mouthguard that covers the leading edge of teeth. Our goal is more to prevent the pounding and chattering of the teeth banging against each other,” says McNew, 2019 Excellence in Clinical Teaching Award winner.

All three sports have their own unique issues and needs, as McNew found out. Lugers, riding either solo or as a two-person team, lay flat on their backs and travel feet first. Because their heads lay back, lugers’ teeth rattle from incisal edge to edge, she says. The specialists took this into consideration, as well as how to maintain their lower jaw, allowing for protrusion while in action.

“They liked the lower guards because they were less bulky and they could talk easier,” she says. “A luger said that when he’s running and pushing forward, he’s speaking to his team constantly. Apparently they’re yelling at each other. The energy is just fascinating.”

Upper mouthguards were made as usual, almost like a miniature denture, she says. The lower, or mandibular, arch guards were made to protect the jaw and prevent the upper teeth from bouncing on the lower teeth. Extra care was given to trimming the guards to allow team communication.

Like lugers, skeleton athletes use small sleds but instead race face down and head first. Bobsledders ride in specialized sleighs, either in pairs or in a group of four. The sports dentists adapted the mouthguards for each different ice sport.

While mouthguards are serious business, the dental protectors were made with Team USA logos and came with a patriotic-themed color selection: red, white, blue, gold, and purple, just for fun.

“Some girls wanted purple,” she says. “The world champion chose the gold one.” Of course.

The athletes have about two years to get comfortable with their new mouthguards before the 2022 Winter Olympics in Beijing, China. During that time, if they find their mouthguards need tweaking, these team professionals will be ready.

McNew’s attendance as a volunteer dentist at the winter games is yet to be determined. She does know, however, that it’s strictly voluntary; if she goes, the tab will be on her. That means her respect for these daredevil athletes goes even further as they sacrifice so much time and money to represent their country.

“Most of these athletes are not wealthy. They put their lives on hold to be that medal winner. That’s pretty cool and quite an honor to help them,” she says.