Rockwall residents, you may have driven past this old historic farm. As Halloween approaches, I found this dilapidated home a little creepy. Although you will not find any haunted horror stories coming from it, its looks could convince you otherwise. I have personally watched the old Klutts Farm age since moving to Rockwall over seven years ago, and have always wondered about the farm’s history and the story it has to tell.

The home still stands tall in the middle of the field despite its deteriorating condition. It has a total of 24 windows, 8 doors and is 1,860 square feet in size. Although it seems condemned or deserted, the Klutts family farm is still monitored and maintained. It is a private farm, and although it is closed to the public, you can admire it from outside its gates. 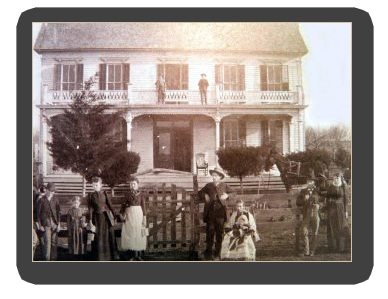 One hundred thirty-eight years ago the Klutts Farm started out with the Lawhorn Family. In 1889 William Lawson Lawhorn built the home. You can see what resembles the old Lawhorn home from the street when you pass by. In 1880, William Lawson Lawhorn came from Mississippi to Duck Creek, which is now Garland. He arrived by wagon train with his parents. William served in the Civil War under the leadership of confederate General Robert E. Lee.

William and his wife moved to Rockwall County where they built their home five and a half miles southeast of the town site, using lumber hauled by ox teams from Jefferson and Marshall, Texas. The beautiful two-story farm home was the gathering place for family and friends. William Lawson and Martha Kara reared their family here. Three of the children, Oliver, Ollen and Frankie, were born in the house. The daughters were married here and the first Lawhorn grandson was born in the home. The Lawhorn family farm was one of 1,000 prominent farming residences in Rockwall to have produced cotton.

On the corner of the farm, you can see a cemetery, known today as the Lawhorn Cemetery.  Walking among the grave markers you can read family names of many Rockwall pioneers: Haskins, Green, Webb, Sims, Keahey, Coats, Arthur, Hanley, Floyd, Horn, and others. The last burial at the cemetery was in 1978. The cemetery is still in fair shape and might someday receive an historical marker. 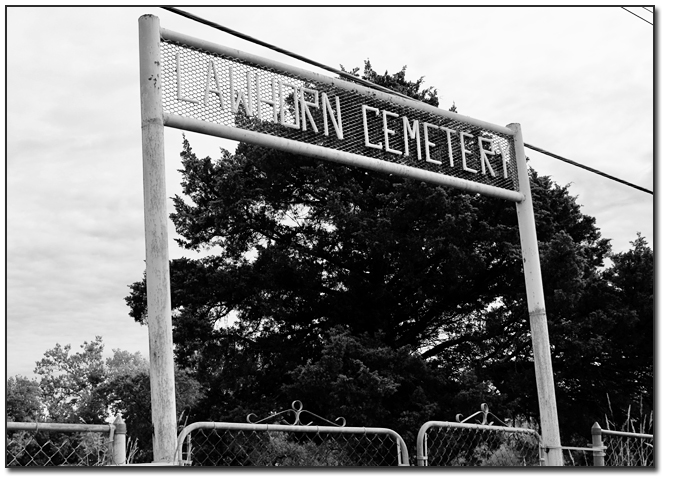 In 1942 former mayor Ben Klutts purchased the farm and named it Klutts Farm. Ben Klutts was a lifelong member and pioneer of Rockwall. He served two terms as the mayor of Rockwall, owned several businesses in town, was highly admired, and was a stellar member of our great community. Although the Klutts family has never lived in the home themselves, a family member lived there for a short period of time. 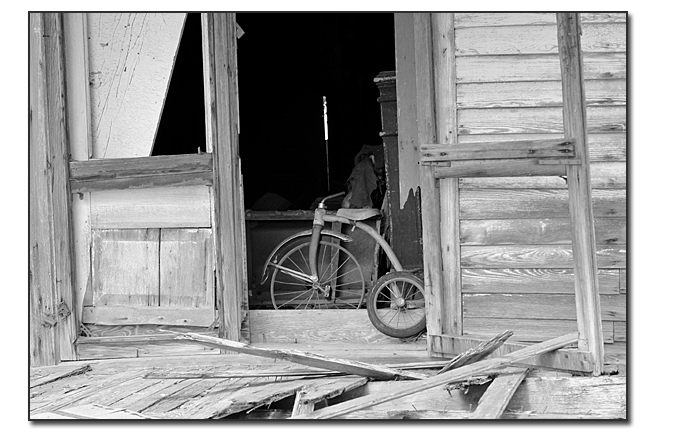 The home has been unoccupied for about 73 years. Since then, the old home has been enduring what nature has thrown at it. Here is what the farm looks like today. Although it may appear spooky and haunted, there are no ghoulish ghost stories to tell. Just an old farm with an old farmhouse…. an historic landmark of our great town in Rockwall.

The Klutts family said that there are no plans to restore the old home in the future because it is too far damaged. The farm is still in operation though. It is now used for raising Red Angus and used as agricultural land.

If you stop to see the farmstead, remember the farm is still operating and it is private property. Trespassers will be held accountable, so please respect the farm’s privacy. 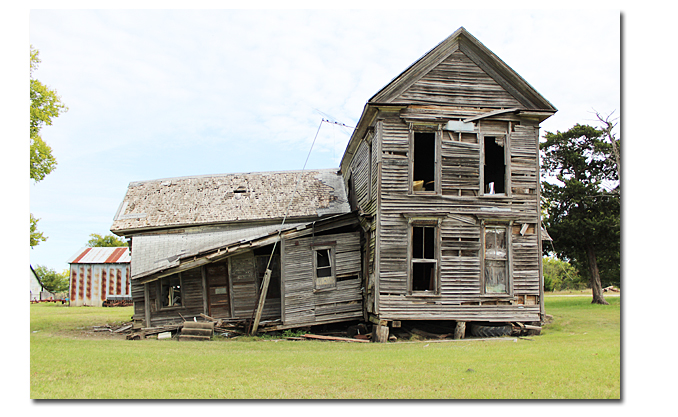 Story & Photos by Jennifer Dotson
Planet Rockwall Contributor
A special thank you for the original photo of the Lawhorn Farm Home, courtesy of the Rockwall Historical Foundation.