You may not think of Rockwall as having a place in the history of womens rights in America. But for nearly fifty years, our town was home to Jessie Castle LaMoreaux, one of the many unsung heroines of the Womens movement in the early 20th century. In 1898, she became the first female dentist to practice in the State of Texas.

Jessie Castle was the only woman in her 1896 graduating class at the University of Michigan College of Dental Surgery. Her first practice was at the Battle Creek Sanitarium in Michigan. Her boss, W. K, Kellogg, evidently thought highly of her work, writing, “Miss Castle is certainly deserving of the distinction shown her.” Kellogg would later become famous as the creator of corn flake cereal and the founder of the Kellogg Company, whose products grace supermarket shelves to this day. 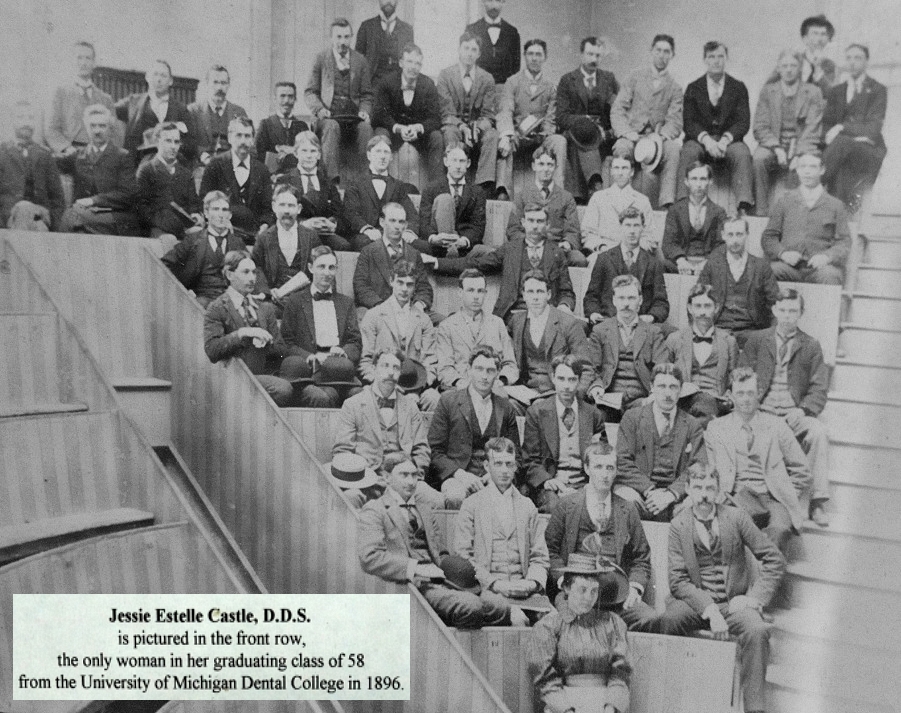 Dr. LaMoreaux moved to Texas in May 1898 and practiced dentistry in Dallas until 1901. She met and married Dallasite Lynn LaMoreaux in 1898 and was divorced in 1901. Dr. LaMoreaux had been living in Rockwall, Texas for six months at the time of her divorce. She practiced dentistry in Rockwall from 1901 through 1917. The Historical Committee of the Texas Dental Association reported, “From all data collected, no authentic record or information has been found of a woman dentist in Texas that precedes the practice of Jessie Castle.”

She once described a typical day as a dentist in a letter to her family. That particular day had consisted of filling a gold tooth, cleanng teeth and pulling a wisdom tooth. “I did it and then hied me home. I ached as hard nearly as I could–neck, back and all the rest.” 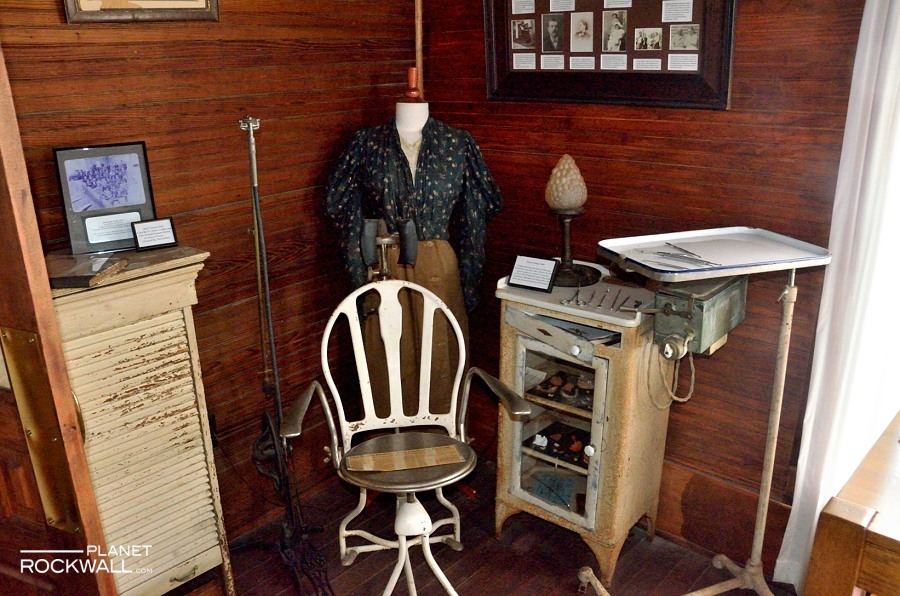 Dr. LaMoreaux’s sister, Myrta, had moved to Dallas from Michigan in 1896. A gifted journalist, poet, and taxidermist, Myrta met Dr. H. W. Manson in Galveston while attending a National Editors Convention (representing The Dallas Morning News) and they married in 1897. She was Dr. Manson’s second wife. No children were born of this union.

At some point, Dr. LaMoreaux moved in with the Mansons and continued living in the home until her death. The home was moved in the 1980s to its current location in Harry Myers Park, and currently houses the museum of the Rockwall Historical Society. Included in the collection is some of the equipment she used in her practice, including her foot-operated dental drill, a ledger, and several sets of false teeth which she made. 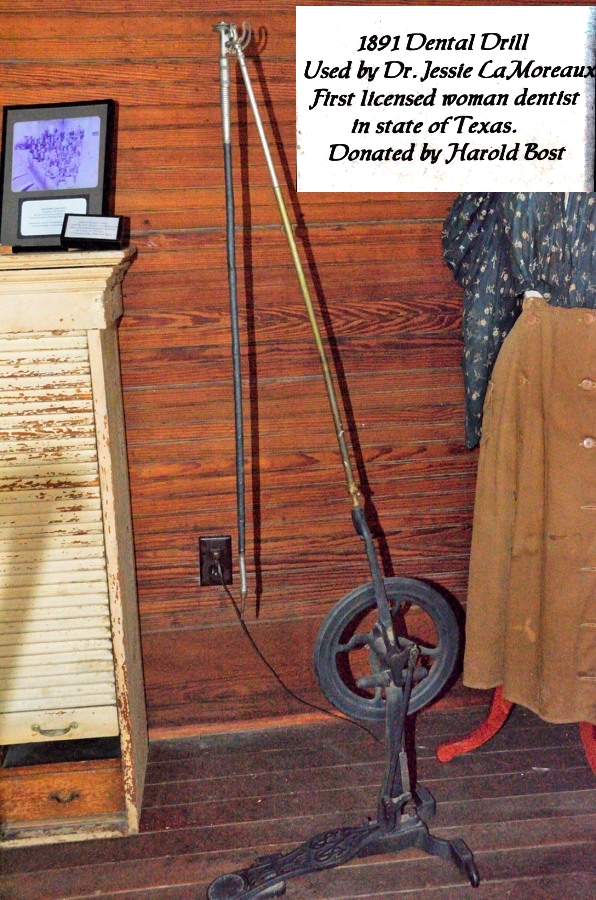 The parents of Myrta and Jessie, Elizabeth Lee Keefer Castle and Warren Burte Castle, followed their daughters to Texas from their home in Battle Creek, Michigan sometime in 1898. They also lived in the Manson home at various times after their arrival.

Dr. Jessie LaMoreaux died in 1954 in the State Hospital in Terrell, Texas and was buried in Rockwall Cemetery. She has been fondly remembered in the community as a highly capable dentist and dedicated community worker. While she wasnt the first licensed female dentist in the U.S. (That honor goes to Dr. Lucy Hobbs Taylor, who graduated from Ohio Dental College in 1866 and practiced in Iowa and Kansas.), she was the first in our state. More significantly, she practiced a profession that until very recently was dominated by men, and during a time when being a woman in any profession was rare and very difficult. 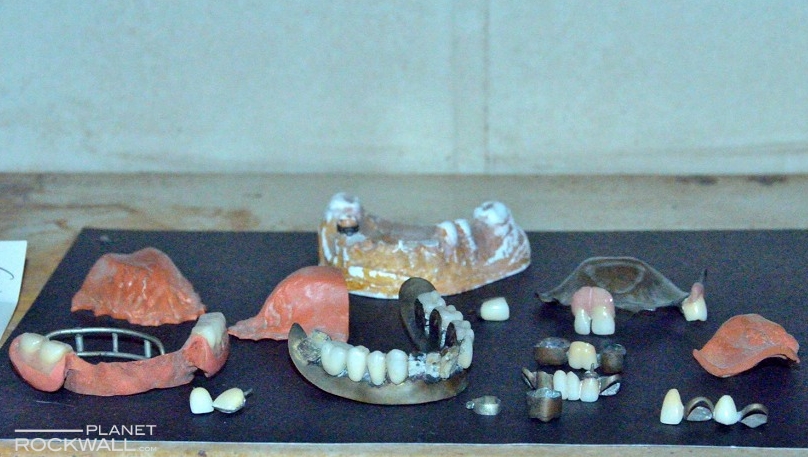 Today, most of us choose our health care professionals based on pretty logical criteria. Are they good at what they do? Are they recommended by friends and people we trust? What kind of education do they have? Its a rare and misguided individual who would add to the list of questions whether they are male or female. Women currently make up nearly half of all dental students and 25% of practicing dentists. Before the 1970s, however, only 3% of dentists were women. Independent-minded women like Dr LaMoreaux broke cultural norms and struggled to obtain degrees, establish practices, and be respected as professionals. 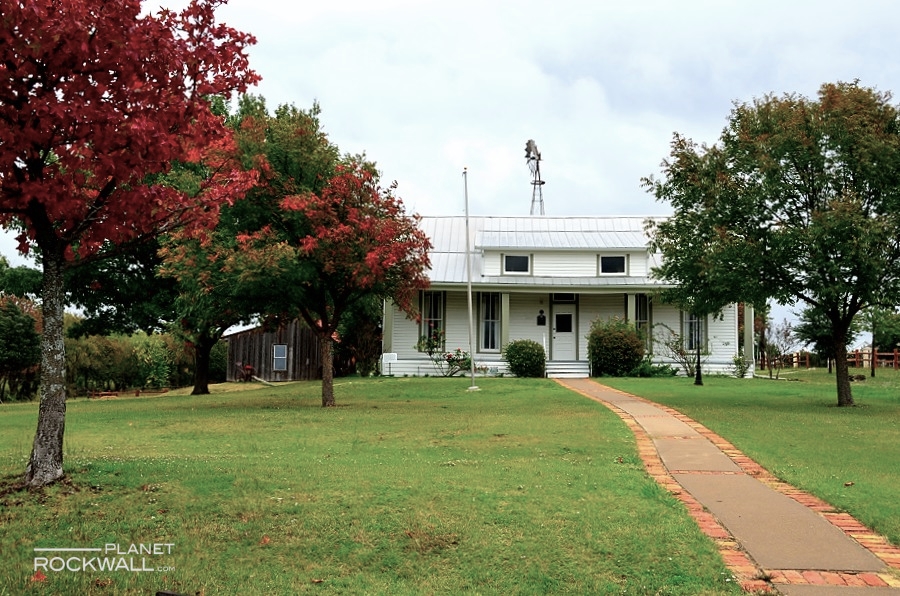 The Rockwall County Historical Foundation Museum is located in the Manson-LaMoreaux-Hartman House in Harry Myers Park on Washington Street. The museum features displays with artifacts and memorabilia from Rockwall County residents.