Nov 1, 2012 – Rockwall, Texas
The Rockwall Police Department have a suspect in custody at the Rockwall County Jail in connection with the October 30, 2012, murder of 15 year old Surie Baeza.

On Thursday, November 1, 2012, at approximately 3:30PM, Detectives from the Rockwall Police Department were provided a written confession from the suspect, Juan Enrique Torres, 41, from Belize. 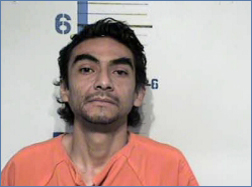