Update: Due to weather, the February 28 ribbon cutting ceremony has been rescheduled for Sunday, March 22, 2015

The newest link in a chain of parks stretching across the north side of Rockwall is set to officially open in less than two weeks. In a ribbon cutting ceremony set for Saturday, February 28, the public is invited to walk, bike or paddle their way around Phelps Lake Park, located just off John King Boulevard on the east side of town.

Phelps Lake is one of hundreds of reservoirs built in the 1930s and 1940s by the state to control soil erosion and for emergency water reserves. Dozens of these lakes, some little more than ponds, dot Rockwall County, mostly on private land. 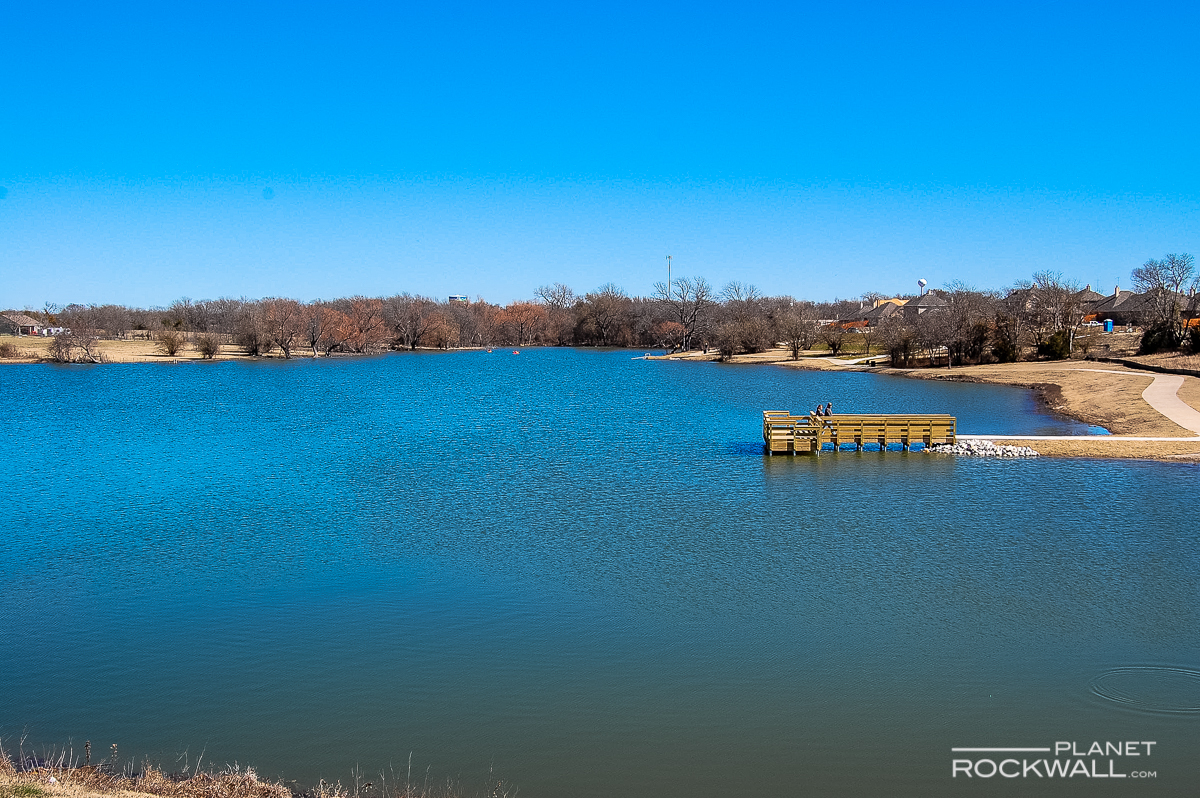 The southern shoreline of Phelps was purchased by the city to connect to the existing park around Raymond Cameron Lake, located just downstream. Development commenced in April of last year and includes an extension of the hiking/biking trail around Cameron, a fishing pier and a kayak launching ramp. The project was designed by Mark Spencer of MHS Planning & Design. Mr. Spencer also worked on projects at Harry Myers Park, the SH 66 Boat Ramp and other neighborhood parks throughout the Rockwall community. 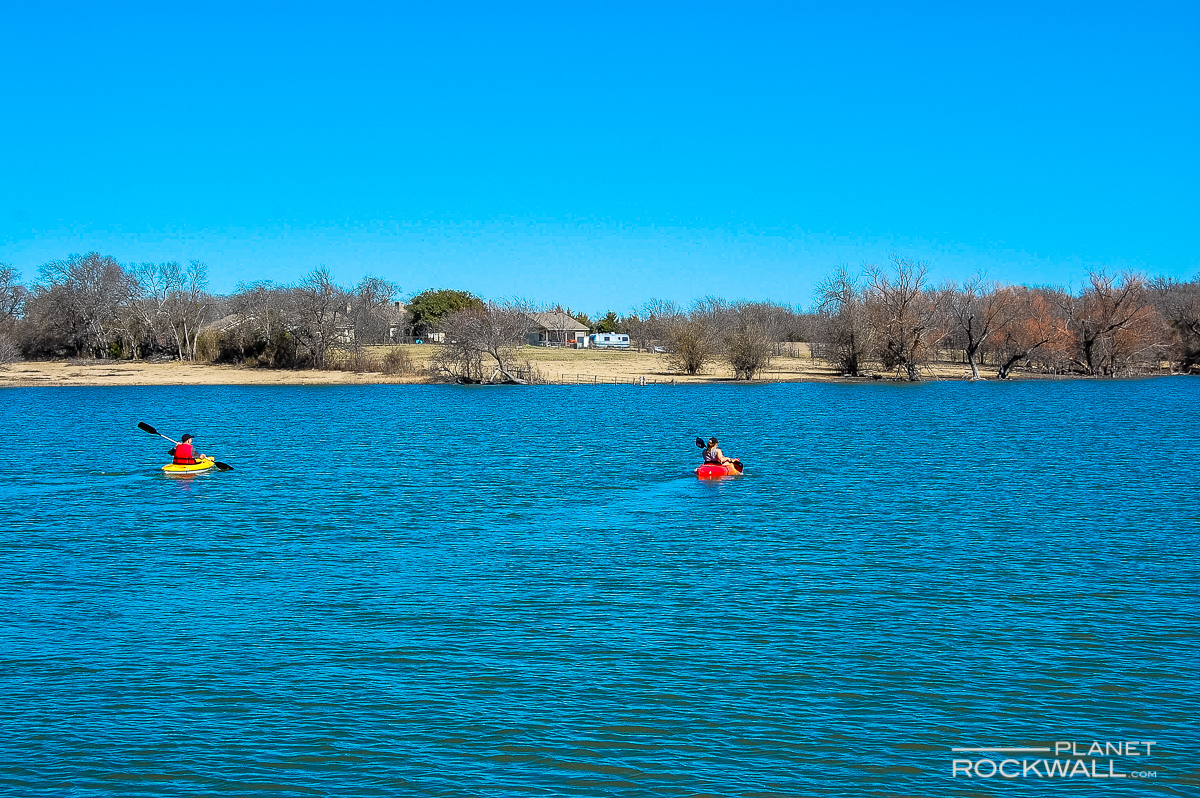 Like most of Rockwalls city parks, Phelps Lake was developed with proceeds from residential developers required by the City’s Mandatory Park Land Dedication Ordinance. Each new housing development in the city must set aside land and funding for neighborhood parks. The vision of the Parks and Recreation Department is for every new home in a development to be within walking distance of a public park. 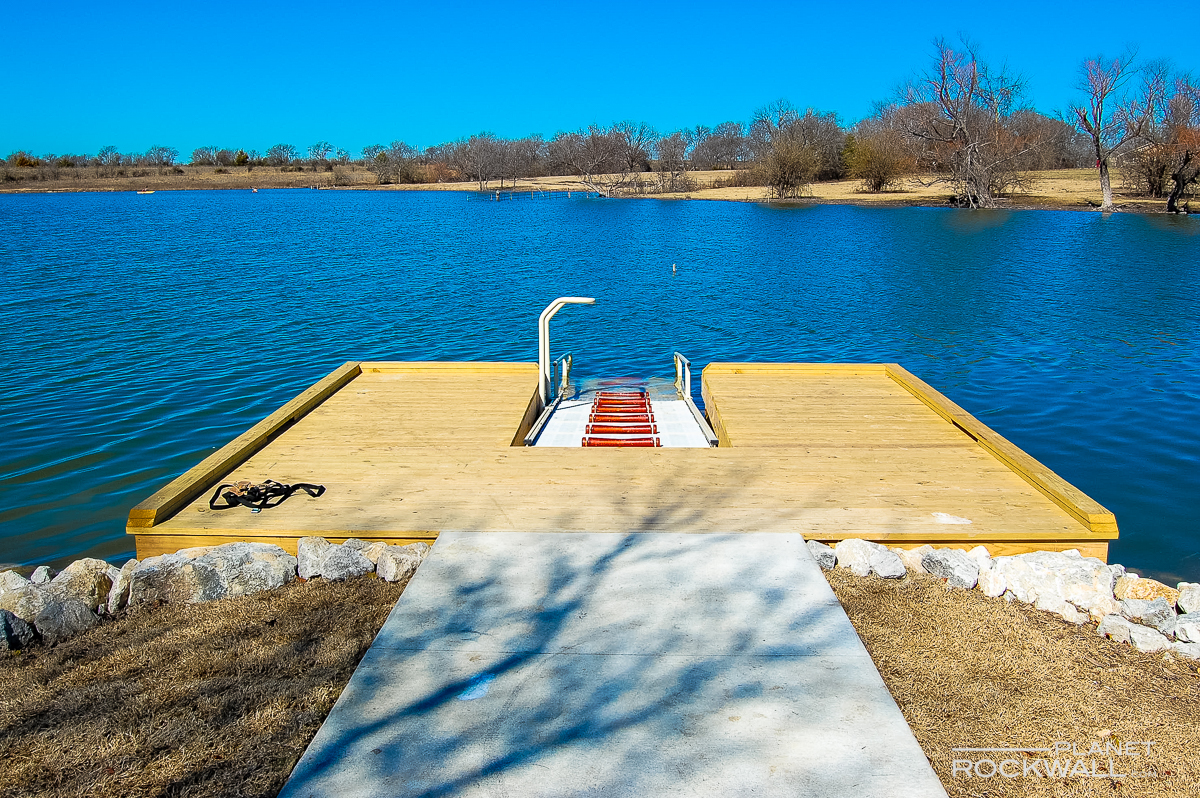 The lake has long been popular with fishermen and kayakers, but until recently access has been limited. With new development on the south shore, visitors can drive right up and launch their kayaks on the specially designed ramp equipped with rollers and handrails to facilitate easy and safe ingress into the water. Secluded inlets at the head of the lake provide paddlers with endless opportunities for exploration and fishing. 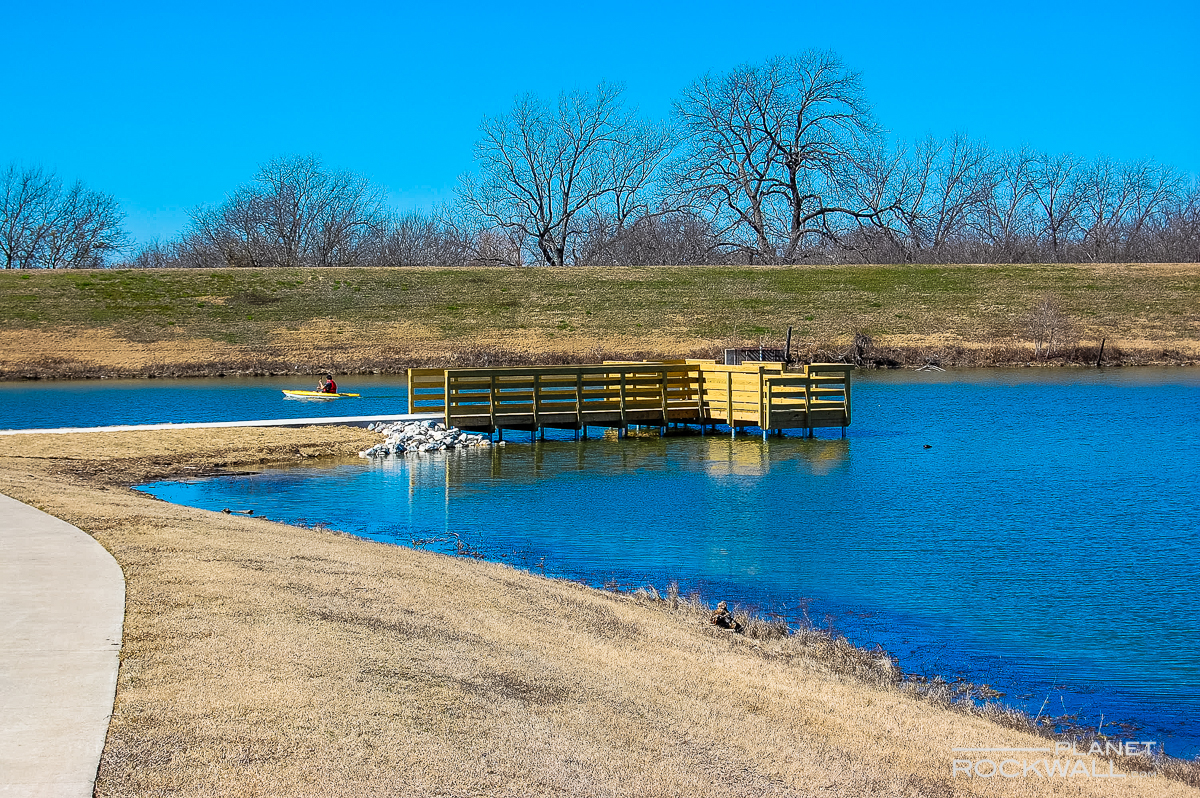 The newly built fishing pier near the dam replaces a dilapidated and unsafe structure which was torn down during the reconstruction process. The railing is built at different heights to give fishing access to both kids and adults, while providing protection from accidental falls.

The hiking/bike trail connects to an extensive network that runs from the Squabble Creek mountain biking trail near The Shores neighborhood, under Highway 205 and around Raymond Cameron Park. A spur runs south to Harry Myers Park. 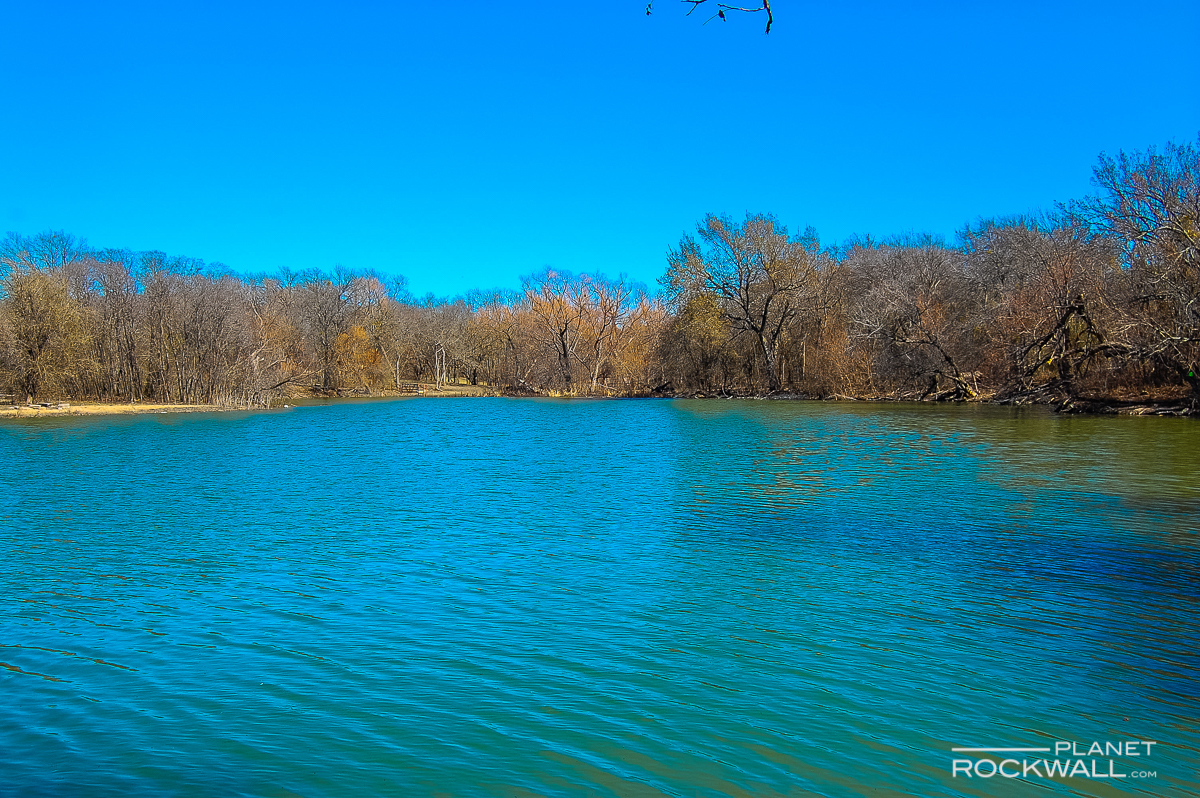 To get to Phelps lake Park from the south, head north on John King Boulevard until you cross State Highway 66. Turn left at the entrance to the Caruth Lakes subdivision on Phelps Lake Road. The park will be on the right in about a quarter mile.