It’s unknown whether anyone saw or heard it, but sometime during the morning hours of March 13, 2019, an 80 mile per hour wind gust sent a historic Rockwall landmark crashing to the ground. The Hartman windmill, which stood 65 feet tall behind the Rockwall County Historical Museum, was turned instantly into a mass of twisted metal lying forlornly across the back parking lot. There was little news coverage of the event, owing to the fact that the same storm did considerable damage to several homes in a nearby neighborhood. 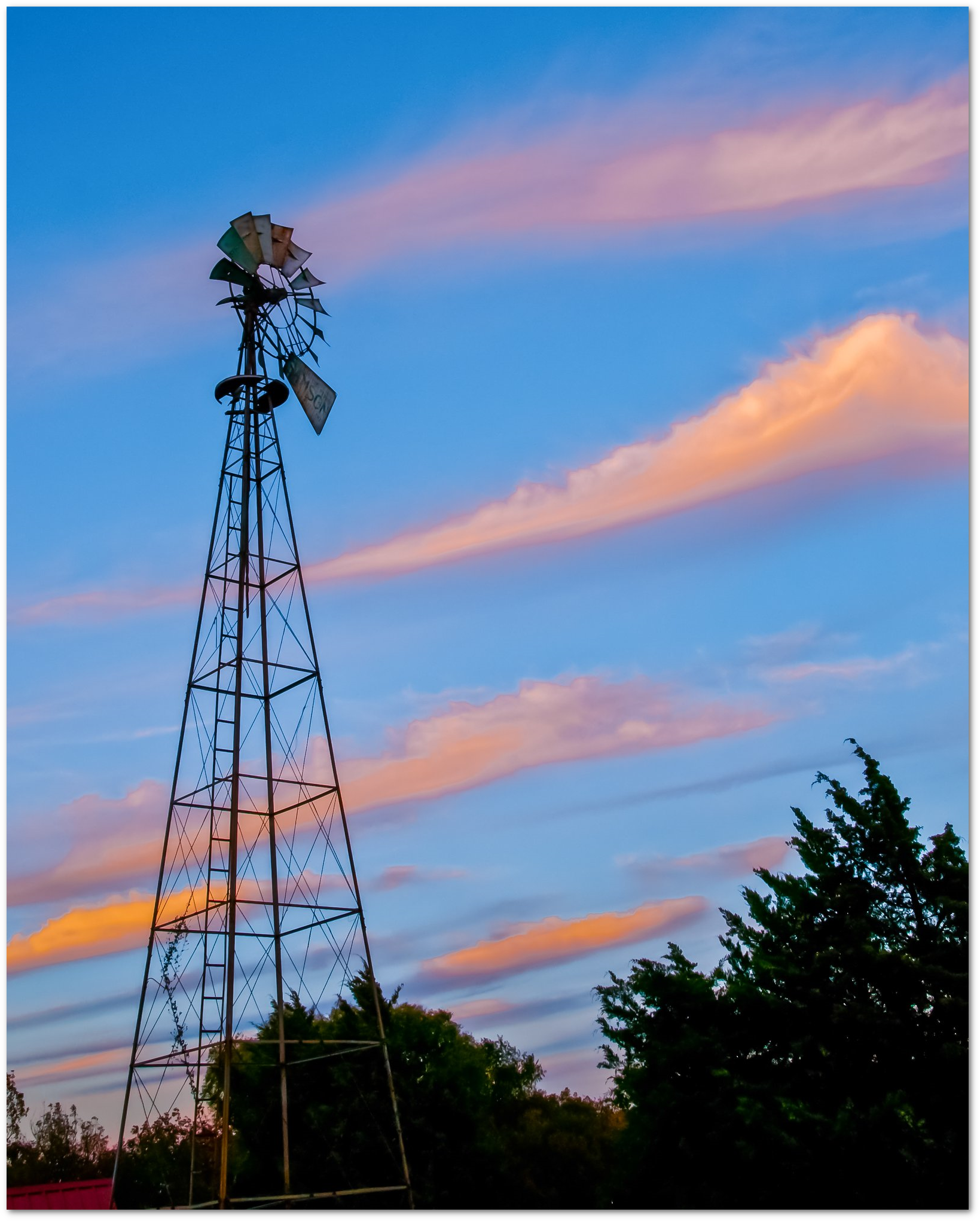 The structure began its working life in 1866, pumping water from a well at a cotton gin near the corner of Hartman and Renfro streets. James Hartman and son Augustus, or “Gus”, ran the mill after their family moved from Tennessee to the Rockwall area following the end of the Civil War. Since Rockwall had no municipal water supply at the time, a well was needed to supply the steam-powered mill. A series of catchment ponds connected by a pipeline were created to store the water pumped from the well. This provided the consistent flow needed for mill operations. As the cotton industry began to decline in the early decades of the 20th century, the gin was eventually shut down and abandoned. The land was sold to developers in the late 70’s.

A Savior Steps Up 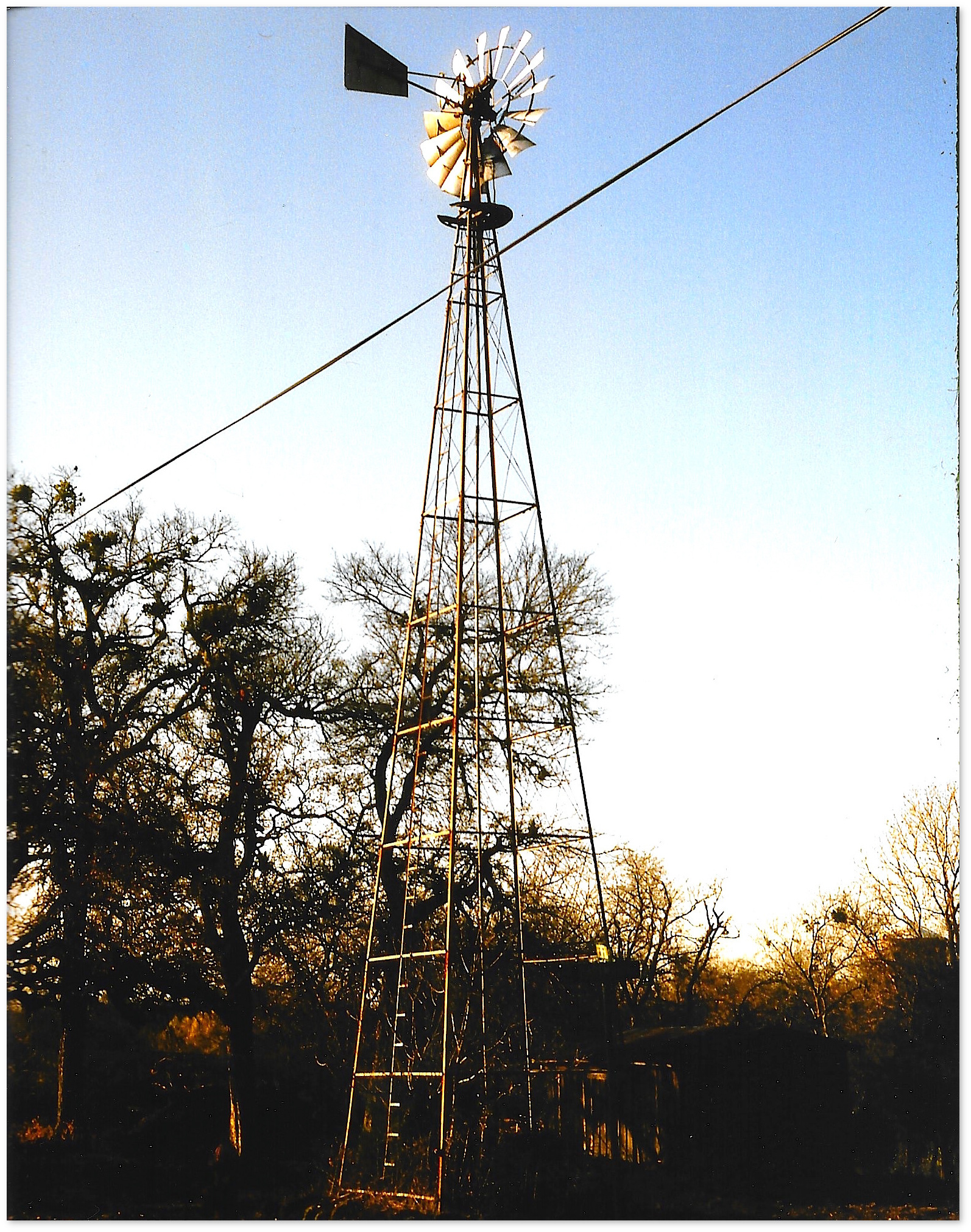 This is where Jerry Wimpee comes in. A lifelong Rockwall resident, Jerry remembers the windmill as a landmark from his childhood. One day, around 1980, he was driving down Renfro St. and noticed construction activity in the area. “I saw they had bulldozed the old wooden buildings down, and were getting ready to do something. I stopped and asked what they were going to do with the windmill. They said they were getting ready to take it down and haul it off to make room for the new houses they were building. I asked if they could wait. They said yes, but no longer than a couple of days. So I found a guy to move it and had it taken to my front yard. It stayed in my yard for years while I tried to figure out what to do with it. I just wanted it to be preserved somehow.”

Eventually, he was approached by a board member of the Rockwall Historical Foundation, who offered to buy it and donate it to the museum. “So they came and got it and put it up in the parking lot behind the building. That’s where it was until it got blown down.” 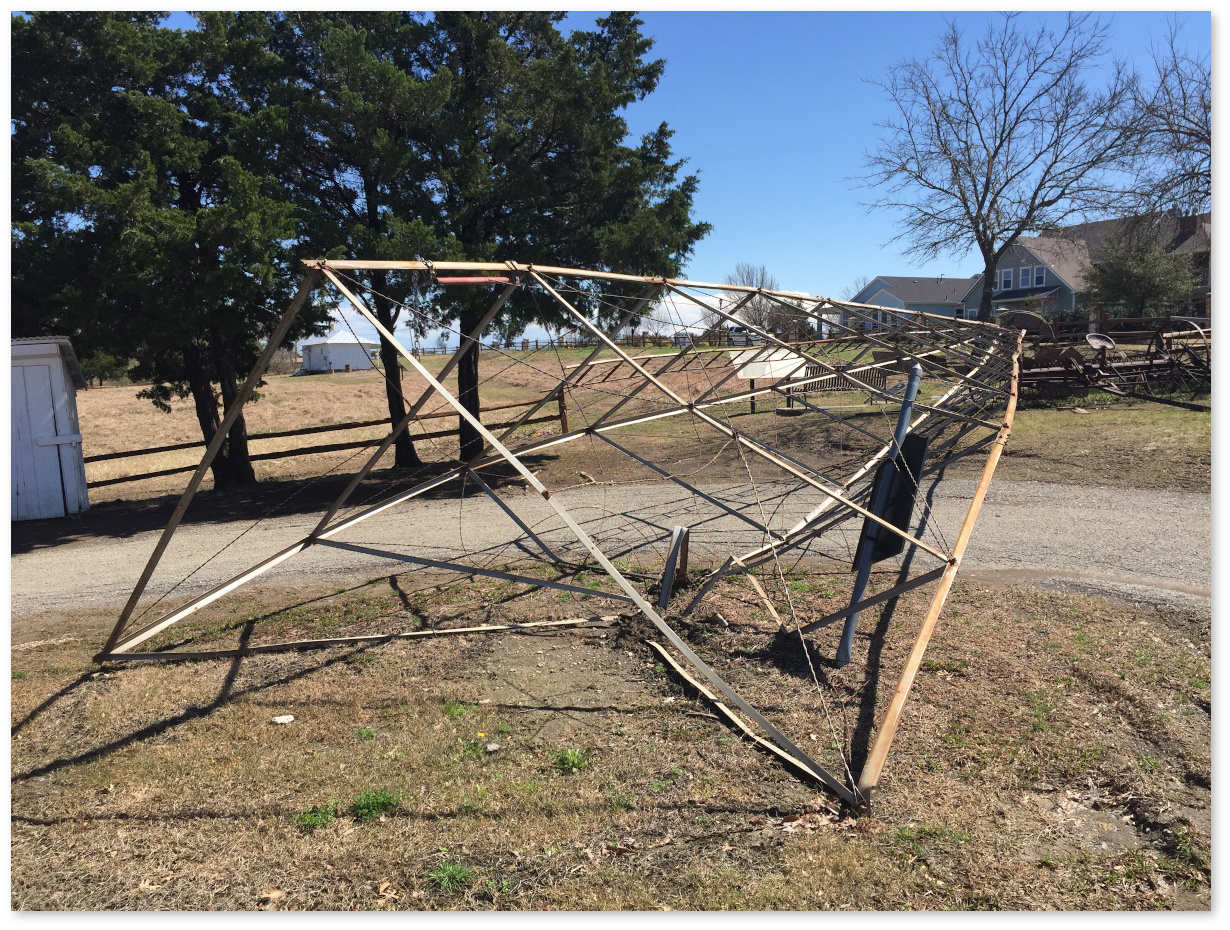 When museum curator Carolyn Holt got the call that the tower had come down, she knew that the first order of business was to get it out of the parking lot. It was a hazard, and blocked the entrance. The parks department helped to get it moved safely to the side while damage assessment was done. Then the search was on for someone qualified to repair an antique windmill and restore it to original appearance and functionality. It took more than a month, but such a person was found in the small town of Comanche, Texas. The structure was loaded onto a flatbed truck for the long trip west, where over a year of painstaking restoration has been completed. 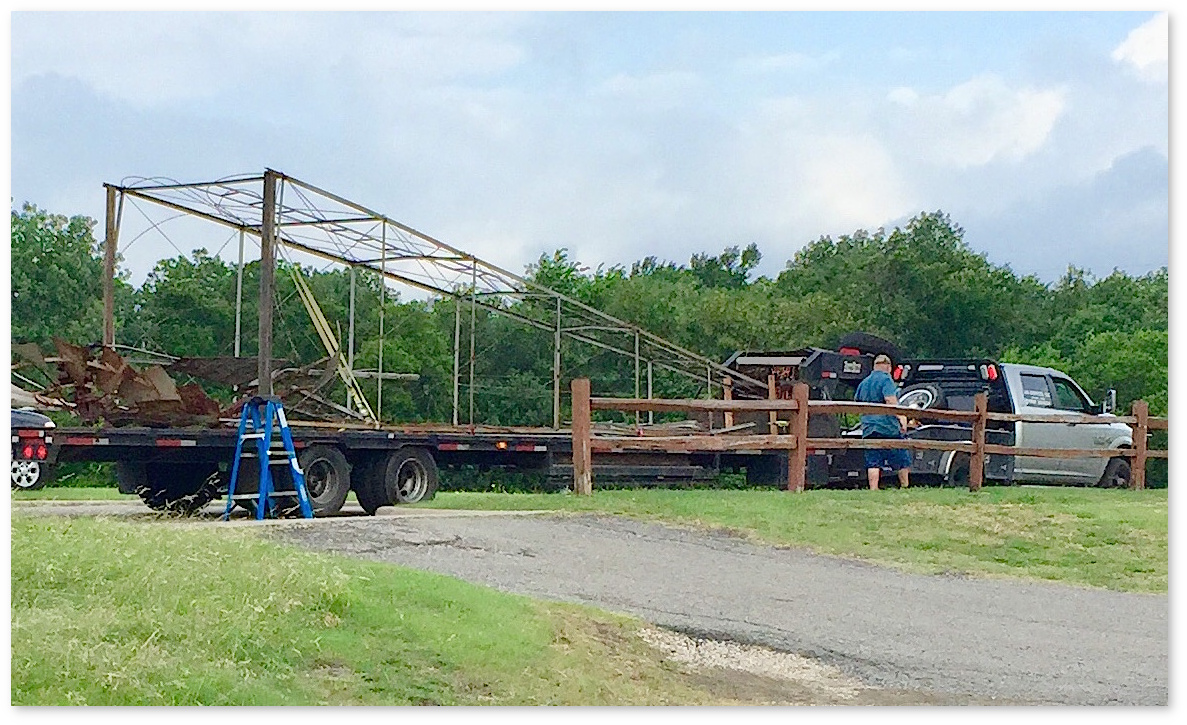 According to Ms. Holt, the restored structure will be re-erected on the property in a location less likely to cause damage to nearby structures in the event of another collapse. The tower has also been shortened somewhat to reduce the fall radius. “We were lucky this time in that the tower missed any of the buildings it could have hit. We plan to bring that risk to zero when we put it back up.”

The structure is being stored on the Tate Farm outside of Rockwall. Once city inspections and permitting are complete, it will be moved back to its permanent home on the Historical Museum property.