New arrivals to the Rockwall and Rowlett area are known to make the forgivable assumption that State Highway 66, a main artery passing through these communities, is part of the legendary U.S. Route 66. One of the original highways built in the U.S. highway system in the 1920s, US 66 became a staple of pop culture through the hit song “(Get Your Kicks on) Route 66” and the Route 66 television show in the 1960s. But the truth is, the only part of Texas the iconic highway touched was up in the panhandle along the present Interstate 40 running through Amarillo. Area residents needn’t feel left out, however. Our place in highway history is secured by another, equally important milestone in the development of our national transportation system.

By the turn of the last century, America’s obsession with the automobile was well underway. In 1907, the Ford Motor Company was churning out over 14,000 cars a year, and North Texas was buying its share. In April 1911, the Garland News reported that “Garland was filled with visiting autos Sunday.” Unfortunately, our roads were not keeping up, most being rutted wagon trails, dusty in the summer and impassably muddy in the winter. Most auto trips were limited to short jaunts in the cities, with cross country travel rare and risky at best. 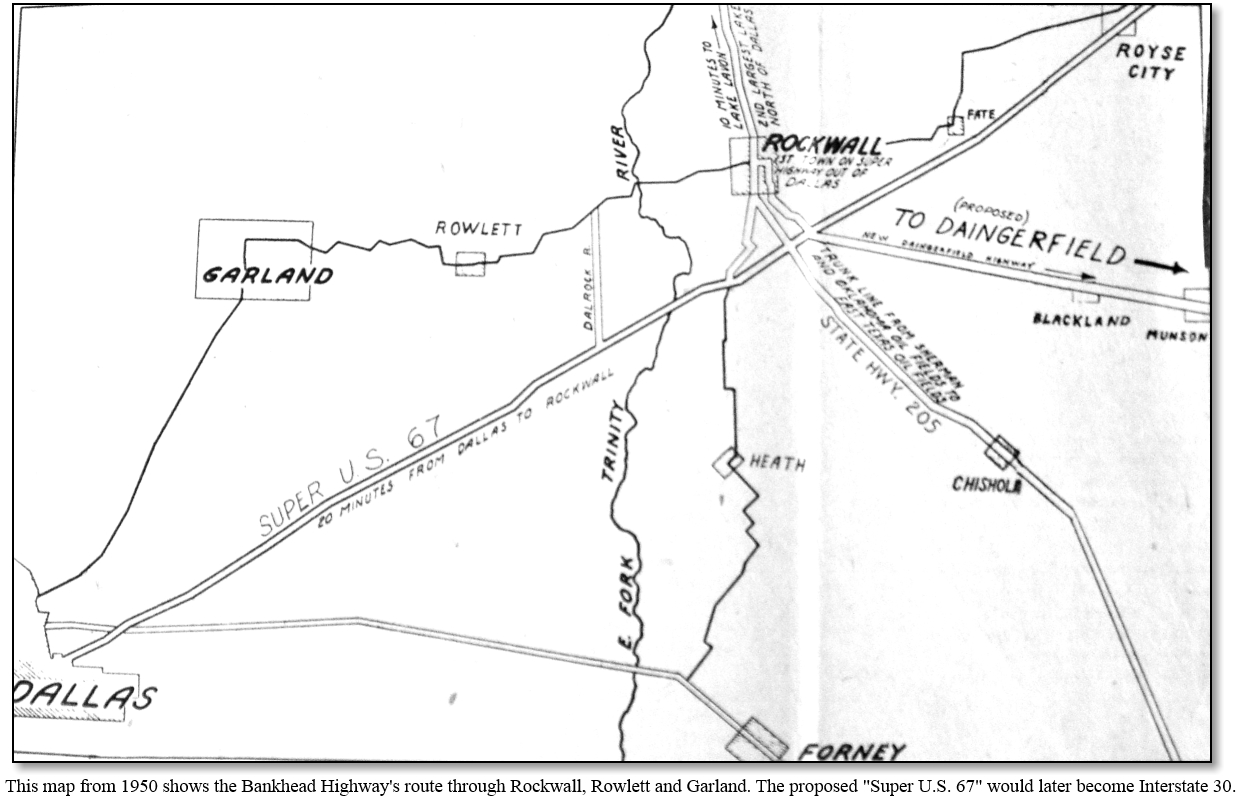 In 1916 a bill sponsored by Alabama Senator John Hollis Bankhead authorizing matching federal funds to the states for road improvements was passed. This allowed long haul routes to be planned and constructed to enhance postal and shipping services. One such route, named after Bankhead himself, was to run cross-country from Washington, DC to San Diego, California and pass through Greenville, Royse City, Rockwall, Rowlett and Garland on its way through Dallas and on to the west coast. This route through the southern states was chosen as being passable year-round and having no steep mountain grades. 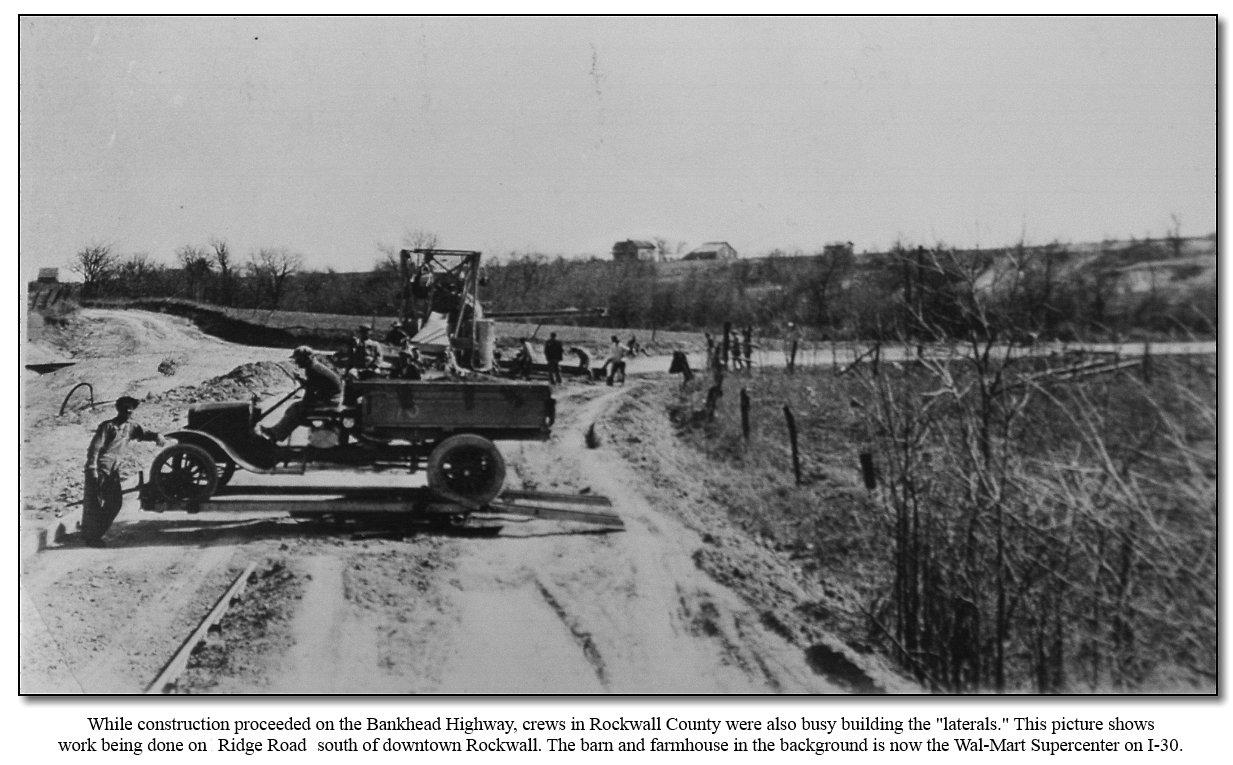 Rockwall County voters approved $800,000 in bond money for road construction, from which funds the county portion of the Bankhead was constructed along with several “lateral roads.” These “laterals” were originally 9 feet wide and were later to become part of Texas farm-to-market highway system. The main road followed what is now State Highway 66 from Greenville through Garland, then made a jog southward on what is now Garland Avenue into East Dallas.

One local benefit of the Bankhead was a spur connecting Rockwall to the Dixie Overland Highway serving Terrell and points east. At the time, the Dixie included a swampy unpaved section known as the “Forney Gap,” a stretch of the Trinity River lowland which was impassable in wet weather. This connection would allow farmers to get their goods to Dallas markets during these periods. The “Forney Gap” would not be closed until 1931 when it was bridged by U.S Highway 80. 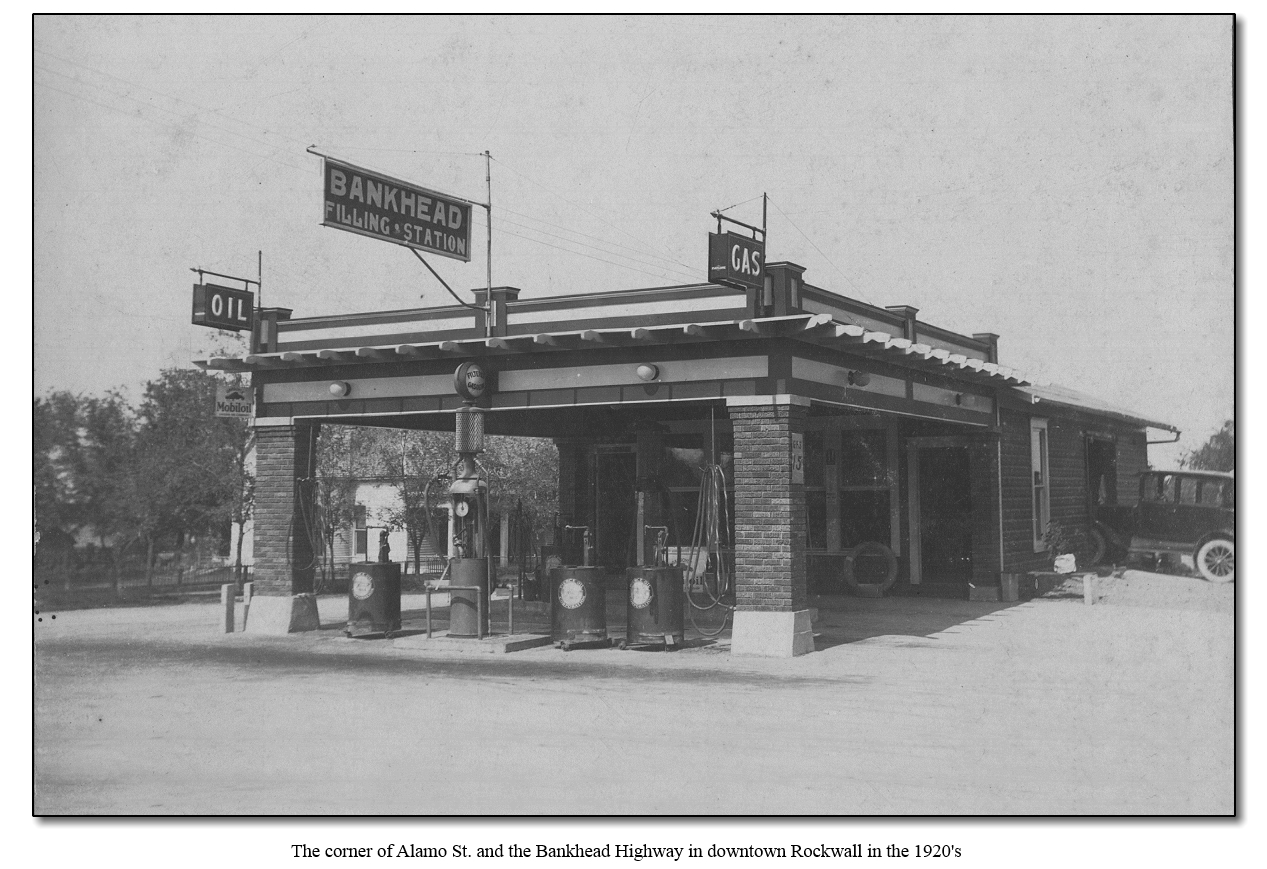 Highways such as the Bankhead proved to be somewhat of a buffer against the effects of the Great Depression, spurring auto tourism, easing the process of getting goods to market and providing an enormous incentive for new businesses to sprout along the right of way. However, what the highway gives, the highway can take away. In 1956, then president Dwight Eisenhower signed into law the Federal Aid Highway Act of 1965, better known as the Interstate Highway Act. Since the Interstates were usually routed around downtown areas, the net effect was a gradual decline of city center commerce and a rise in development along the new routes. Downtown Rockwall’s downturn, though not as devastating as in many towns across the state, 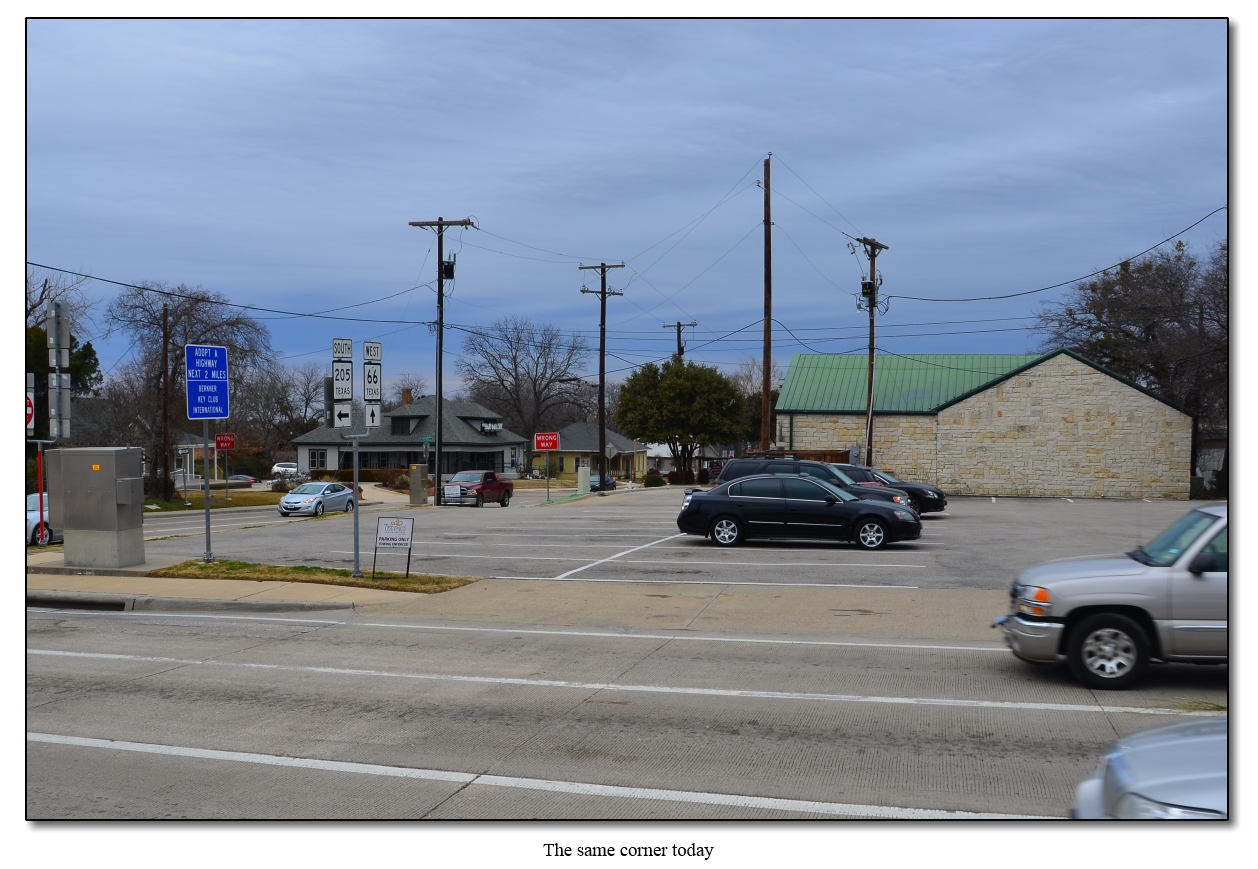 continued through the end of the century with most growth occurring south of town along the new Interstate 30.

In the past several years, Rockwall’s downtown area has experienced a revival as merchants and restaurateurs have rediscovered its unique attractions. In 2012, Rockwall voters approved an $8.6 million downtown improvement bond to bring even more new life to the city center. Construction on that project begins this year.

Learn more about the Bankhead Highway and its impact on our county at The Rockwall Historical Foundation’s February Brown Bag Lecture. The presentation will be Feb 14, 2014, at the historic courthouse in downtown Rockwall.