No other city in the world can boast a musical history as illustrious as Vienna’s. In a single afternoon, you can visit Haydn’s house, Beethoven’s apartment, and the Cathedral where Schubert sang as a boy. Or, for less than the price of a good bottle of Gruner Veltliner, you can immerse yourself in great Viennese music with a subscription to the Garland Symphony Orchestra’s 2017-18 Season: “Vienna, City of Music”.

The concert will feature Scott Stratton on trombone, performing Grondahl’s Concerto for Trombone and Orchestra. Scott Stratton has served as Principal Trombone of the Garland Symphony since 2001. During that time, Scott has performed with orchestras and in churches throughout the Metroplex. Scott has taught private students, taught at Texas Christian University, the State University of New York, and served for two years as an Assistant to the Dean of the Eastman School of Music.

Scott studied with two pupils of the legendary pedagogue Emory Remington: in high school, with George Osborn, Principal Trombone of the Rochester Philharmonic, and in college, with Raymond Premru, at the Oberlin Conservatory. Scott received the Doctor of Musical Arts degree from the Eastman School of Music at the age of 25, also obtaining a Master of Music degree and being awarded the Performers Certificate, while a student of Dr. John Marcellus. 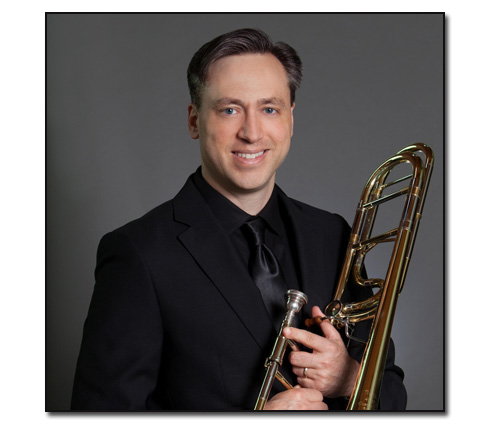 
In 2004, Scott began a second career as a financial advisor. He holds the Certified Financial Planner designation (CFP), completed a Certificate in Financial Planning from Boston University, and received the Chartered Financial Analyst designation (CFA) having passed all three years of exams consecutively. Scott is the owner of Good Life Wealth Management and writes about the intersection of his interests on FinanceForMusicians.com.