The piles of electrical wire and lighting cans sit haphazardly on the darkened stage. A half-built platform arcs eight feet above, partially populated with keyboards and amplifiers. The scene gives the merest hint of what it foreshadows, but anyone familiar with the 1969 album “Tommy” by the British rock band The Who could guess that this is all leading up to something Rockwall theater has never seen before.

Under the direction of department head Matt Mitchell, Rockwall High School Theatre Arts is putting together the biggest production theyve ever attempted – the musical based on the groundbreaking album that spawned the now familiar term, “rock opera.” Standards from the album such as “Pinball Wizard,” “Im Free,” and “The Acid Queen” are still played regularly on the radio, more than 40 years after their release. 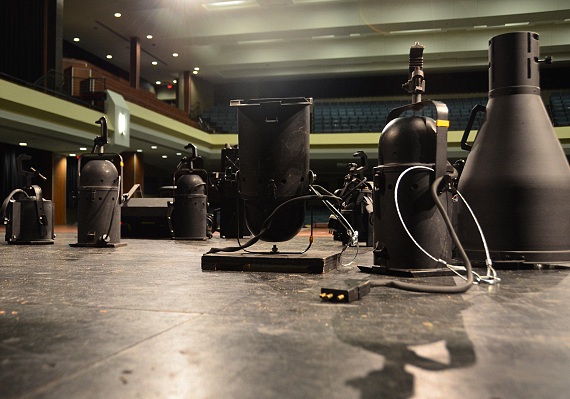 The lighting ready to be put into place 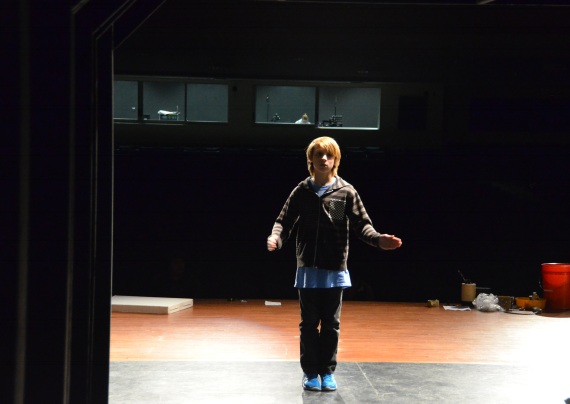 “Tommy can you hear me?”

The classic 60s rock opera by The Who was translated to the stage by theatrical wizard Des McAnuff into a high-energy, one-of-a-kind theatrical event. After witnessing the accidental murder of his mothers lover by his father, Tommy is traumatized into catatonia. As the boy grows, he suffers abuse at the hands of sadistic relatives and neighbors. As an adolescent, Tommy is discovered to have an uncanny knack for playing pinball, and when his mother finally breaks through his catatonia, he becomes an international pinball superstar. 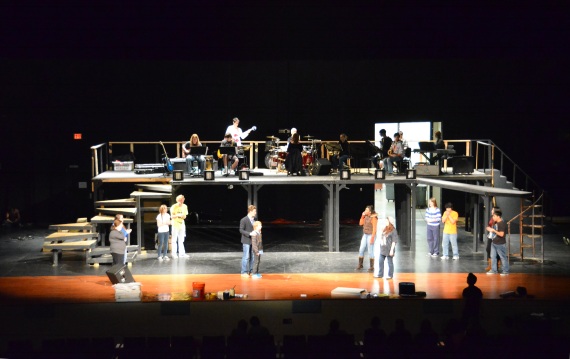 Actors and musicians come together

Over 75 musicians, actors and crew have come together to make this a performance to remember. “I think people in this community are going to be blown away by the level of talent we have in our school,” said Mitchell, “And this production is guaranteed to be one of the most challenging weve ever tackled.” 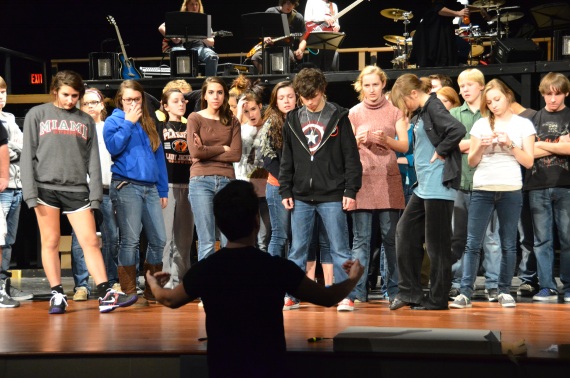 The cast gets fired up

The biggest star of the show may well be the visual element. The set, designed to evoke a gigantic pinball machine, consists of multiple levels, and the players appear and disappear through passages and openings throughout the structure. More than 816,000 watts of lighting will shift, move and flash in sync with nearly nonstop music and dance. “The lighting crew will get as much of a workout as the dancers, if not more,” said Mitchell.

The cast and crew also discussed honoring the Whos ritual of destroying their equipment onstage by blowing up the set at the end of the last act. Says director Mitchell, “We probably wont do that.”

The RHS production will run from Thursday, January 31 through Saturday, February 2 at 7:30 PM, with a matinee performance at 2 PM on Sunday the 3rd. All shows will be held at the Performing Arts Center at Utley Middle School. Advance tickets can be purchased online.