Any reports on the demise of the film industry in Texas are somewhat premature. To emphasize that point, the Texas Motion Picture Alliance (TXMPA) is hosting the third annual TXMPA Impact Awards at Southfork Ranch on Saturday, October 13, in celebration of the 40th Anniversary of the TV classic “DALLAS.” The awards are held to “honor Texas productions, businesses and individuals that have a positive and unique impact on their communities through Television, Film, Commercial and Video Gaming production.”

Over the past decade, the film industry has contributed over $1.4 billion in spending and nearly 20,000 full-time jobs to our state’s economy. Adding part time positions such as extras and production crew pushes that number to over 150,000.

Why do studios like Texas so much as a location? “Location is a key factor,” says Mindy Raymond, TXMPA spokesperson and Director of Marketing and Development for New Republic Studios. “We have such a geographic diversity in this state. You want mountains and desert, there’s West Texas. We’ve even had East Texas double as the Amazon jungle.” Urban environments abound, from swanky to gritty. There is no shortage of available talent here, both behind and in front of the camera. Dozens of university and college programs produce top quality production crew and actors for studios to choose from.

Saturday’s event is open to anyone interested in our local motion picture industry. Awards will be presented in a variety of categories, including independent film, TV, commercial, and video games/animation. 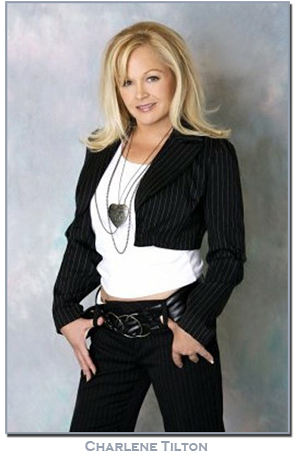 On hand to accept a special legacy award on behalf of the long-running show “Dallas” will be one of its co-stars Charlene Tilton. Hosting the show will be the star of TV’s “The Daytripper,” Chet Garner.

Tickets to the event are still available and can be purchased on the TXMPA website. 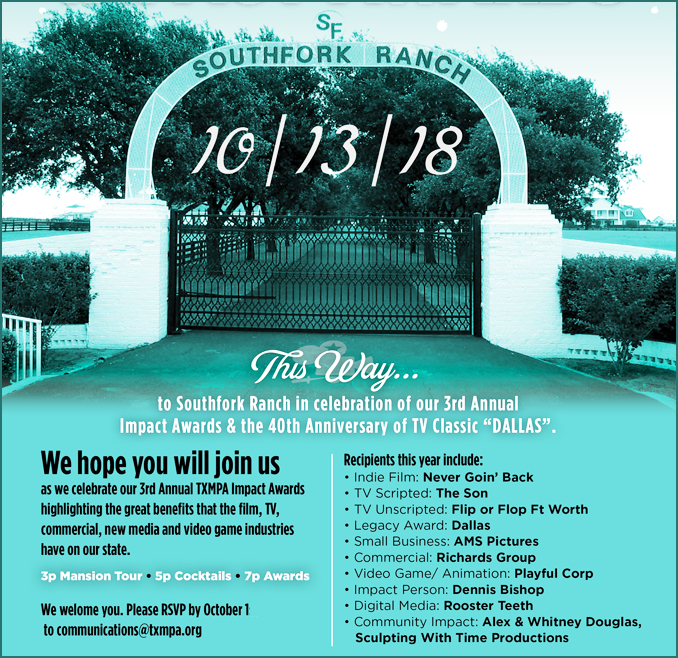