What determines our lake levels, and why do some lakes seem to rise and fall more than others? With all the recent rain in North Texas, this question is appearing frequently on social media. Our drought of nearly two years seems to be coming to an end, and curiosity about where our drinking water comes from is at an all time high. So where does our water come from, and why the sudden interest?

On Monday, the North Texas Municipal Water District issued a press release stating that the two key reservoirs in the system are back to full capacity after nearly two years of drought conditions. The NTMWD is the primary water supplier for communities in the northern and eastern part of the Metroplex, including Rockwall, Rowlett, Royse City and Wylie. 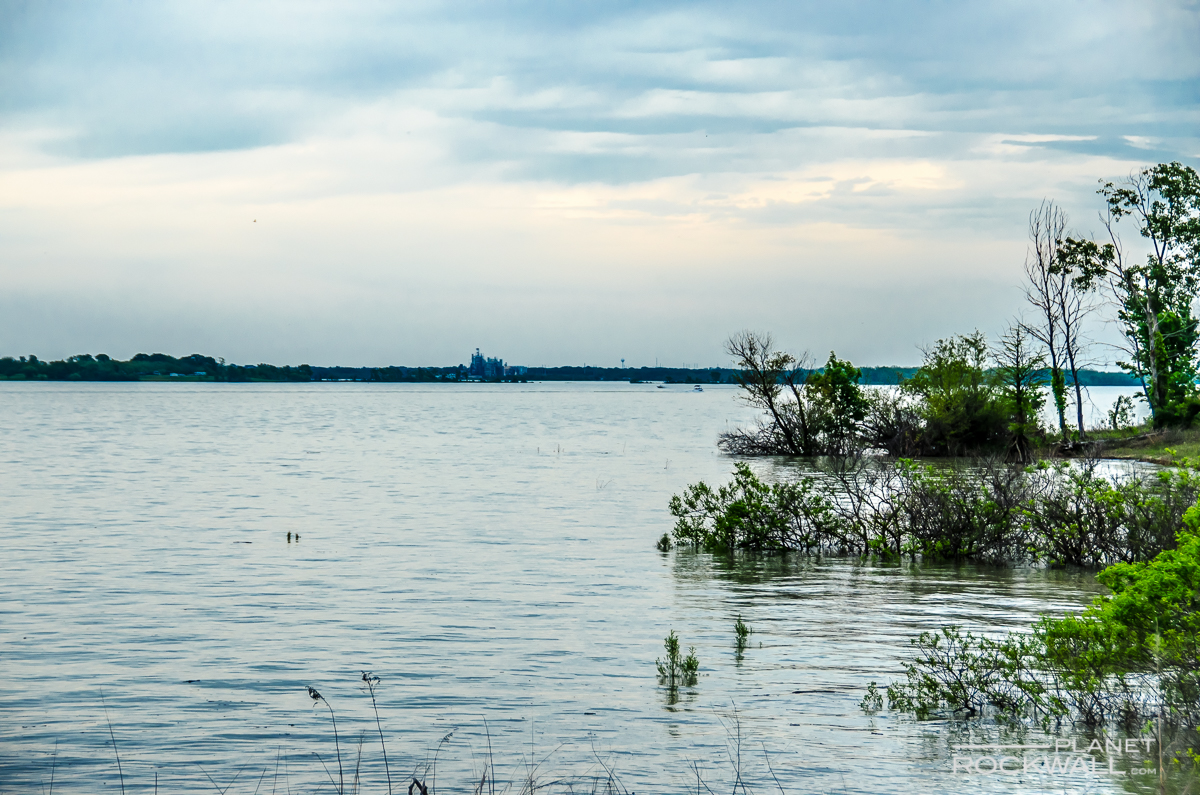 Lake Lavon is back to its full capacity.

The primary water sources for the NTMWD are Lake Lavon, just north of Rockwall upstream from Lake Ray Hubbard, and Jim Chapman, to the east near Sulphur Springs. Agreements are also in place to purchase water from Lake Tawakoni, owned by the City of Dallas, and from Lake Texoma. Pipelines connecting these lakes facilitate transfer between them. Because of concerns about zebra mussel invasion from Texoma, the pipeline into Sister Grove Creek, a Lavon tributary, was shut down, resulting in a loss of 28% of NTMWD water supply. Last year a new pipeline was completed from Texoma directly into their treatment plant in Wylie, serving to restore this capacity while protecting the Lavon watershed from infestation.

It may seem obvious that Rockwall and the communities surrounding Lake Ray Hubbard would be supplied by its waters. Actually, its water rights are owned by the City of Dallas and thats where it all goes. In fact, the shoreline surrounding the lake extending 10 feet out from the normal water level is within the city limits of Dallas, making it technically the largest city in Rockwall County. Throw this fact out there at your next trivia party. There are no pipelines connecting Lavon with Hubbard. Only when Lavon reaches full capacity are its floodgates opened, releasing water downstream to Hubbard. Since this last weekend, Lavon has been slightly above its full capacity, and has been releasing water to Hubbard. This is the first time in the last two years that Ray Hubbard has received Lake Lavon water from directly upstream.

So what does make our lakes behave the way they do? Simply put, the answer lies in more questions. First, where is it raining? Generally, if there is rain upstream filling the streams that feed the lake, youll start to see levels rise. How quickly it rises also depends on how frequent the rains are. Secondly, how saturated is the ground from previous rains? The soggier the ground is, the more water will run off into the lakes and their feeder streams, resulting in a faster fill rate. Other factors include the capacity of the lake basin and the size of the watershed draining into it. To a lesser degree are the complicated water rights agreements between agencies managing the various supplies which result in pipeline transfers between lakes. 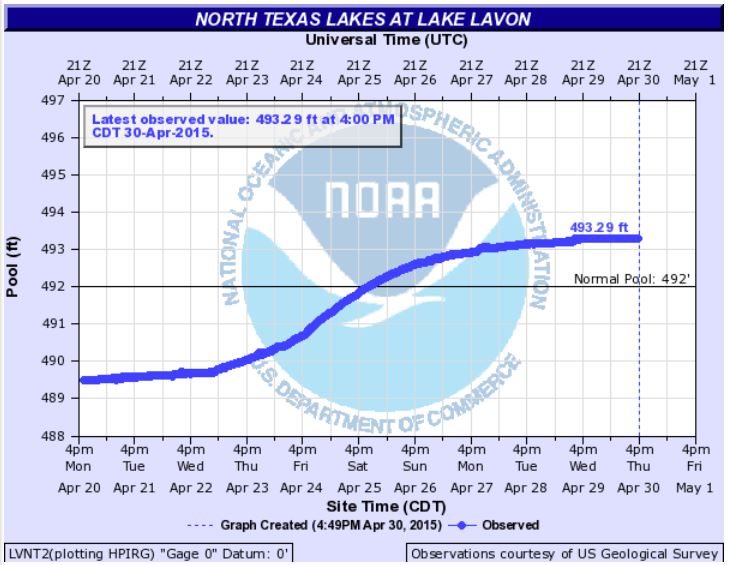 Without this complex web of reservoirs and interagency agreements, our region of North Texas would be unable to sustain its fast-growing population. The bottom line is, we are totally dependent on the water which comes from the sky, and the lakes we have built to hold it until we need to use it. As we water our lawns, wash our cars and flush our toilets we should be mindful of the delicate balance inherent in the system making these activities, and ultimately our survival, possible.